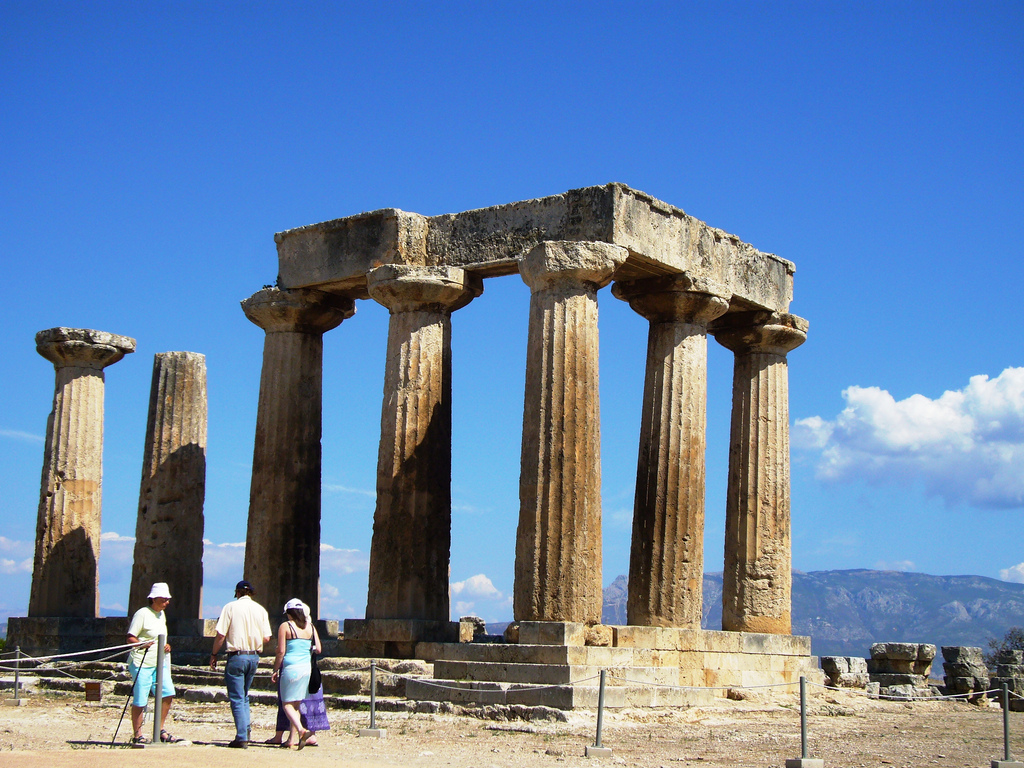 The Body, the Temple, and the Implication for Missions

When I was in my first year of Greek my professor, Dr. Walt Schlundt, demonstrated to the students how one word can have various meanings. The example he used remains with me today. He took out a dry erase marker and wrote “trunk” on the board. A discussion ensued as the students attempted to list off the many different definitions of the word: “swim trunk, trunk of a car, trunk of an elephant, tree trunk, trunk for carrying luggage.”

The word trunk is a great illustration of how a single word can carry various meanings. In the New Testament the apostle Paul uses the Greek word for body (soma) nearly one hundred times, in some eighty verses across seven of the thirteen epistles that are attributed to him. Nearly half of those uses are found in the book of First Corinthians alone.

The Uses of “Body” in First Corinthians

In Paul’s epistle to the church at Corinth, he uses the word “soma” in a variety of ways. However, for our purposes we will focus on his use of the word as it makes reference to the relationship between the physical body of believers, and the spiritual body of Christ that each believer is a part of. Further, as it pertains to both the physical body, and the spiritual body, we will consider both the individual aspect as well as the corporate aspect of these two uses.

George Klein, in his “Background to 1 COR 6:19b-20” explains that “…using three metaphors, Paul argues that Christians must be free from sexual vice. The first metaphor is that of believers as members of the Body of Christ (v12-18)…the notion of a body is developed from merely the corporeal to an expression of the mystical relationship the Corinthian believers had to Christ. Thus, to practice sexual debauchery is to prostitute the very body of Christ” (1, 1989). Here, Klein identifies a three-fold use of the word body. First, and most clear, he identifies the physical body and Paul’s desire that believers in Corinth keep that body free from sexual vice. Second, Klein also points out the spiritual connection that believers have to the body of Jesus Christ. Klein calls this a “mystical relationship.” The third use, which is not as explicit but is implied, both in Paul’s writing and in Klein’s, is the individual nature of both of these uses of the word body.

Vijay Gupta in, “Which “Body” is a Temple?” points out that based on the plural use of the word you and the singular use of the word body in 1 Corinthians 6:19, “Some would reason that, if Paul wanted to communicate that each person’s individual body is a temple, he would have used the plural form of σώμα” (Gupta, 522, 2010). However, Gupta also points out that “such a combination of words as we have in 6:19 was capable of being understood distributively, meaning ‘the body of each of you'”(Gupta, 522, 2010).

Prominent preachers and commentators from the 1500s to the present, such as John Calvin (220, 2009), Albert Barnes (107, 2005), and John MacArthur (152,1984) have taken the use of body in First Corinthians 6:19 to be individual rather than corporate. In First Corinthians twelve Paul demonstrates his use of the term body to refer to the corporate spiritual body. This is explicitly stated when Paul says,

For in one Spirit we were all baptized into one body–Jews or Greeks, slaves or free–and all were made to drink of one Spirit. For the body does not consist of one member but of many” (1 Corinthians 12:13,14). In First Corinthians twelve and six we see Paul referring to the body both physically and spiritually, as well as individually and corporately.

The Uses of “Temple” in First Corinthians

However, in First Corinthians 3:16,17 “[t]hrough three images of collective constructive effort (planting, building and temple, 3:6-17) Paul uses pictorial language to introduce the image of the community as a construct of many members, an image to which he will return through the rest of the letter” (Lanci, 190, 1992). Paul establishes here that the people of Corinth, corporately and collectively, are also the temple of the Holy Spirit. That same corporate, collective group that is described as the temple in First Corinthians three is also called the body in First Corinthians twelve. We can see that both the individual physical bodies of believers, and the corporate collective spiritual body of believers are referred to as the temple of the Holy Spirit by the Apostle Paul.

The Implications for Missions

Fourth, just as the individual is to keep his physical body from sexual immorality so too the corporate spiritual body is to keep itself pure. If Paul can reason on an individual level that one should keep their individual body pure because it is the temple of the Holy Spirit we can certainly reason the same for the corporate body which is also referred to by Paul as the temple of the Holy Spirit. Both the local assembly, and the individuals of that local assembly, are to view themselves as God’s holy temple, and act accordingly.

The apostle Paul uses the temple imagery, as well as body imagery, to refer to both the individual physical body as well as the corporate spiritual body of Christ. Every believer’s body is to remain pure because it, individually, is the temple of the Holy Spirit. Further, every believer is a part of the larger body of Christ. They represent, collectively, the body of Christ and that collective spiritual body, made up of individual physical bodies, is the temple of the Holy Spirit as well. The impact on missions, specifically, is that the mission itself cannot be accomplished if either of these two views is held in higher esteem to the neglect of the other.