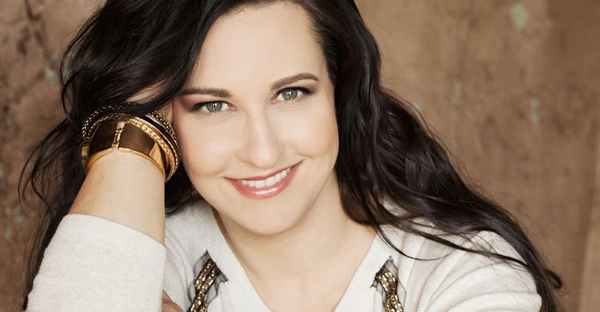 Join us this week on Christian Devotions SPEAK UP! when host Scott McCausey talks to Natasha Owens about how God helped her during the tragic loss of her father.

Natasha Owens strives to perform songs of restoration that can help each listener through whatever trial they are facing, to let them know they are not alone—that there is a God who loves them and will never leave them. Her prayer is that when people listen to her songs, they feel God’s perfect peace, love, and comfort through the words, knowing with God’s help, they can make it through.

Just four years ago, Natasha’s father died tragically and unexpectedly, sending Natasha into a dark world of grief. An invitation to serve as a music minister in her church was the beginning of her healing and led to the genesis of her first album, I Made it Through. Primarily an album of restoration songs, it soon caught the attention of music industry heavyweights, leading to performance opportunities with Michael W. Smith, Jason Crabb, Sanctus Real, plus multiple award-winning producer, Ed Cash, who decided to jump on board for Natasha’s sophomore record, releasing Spring 2015. Aptly titled We Will Rise, it is a continuation of a journey of healing—from surviving to thriving. “The project took on a very clear direction,” she says. “I knew I had made it through, but it was time for more. It was just a stepping-stone. Rising above is the true message.”