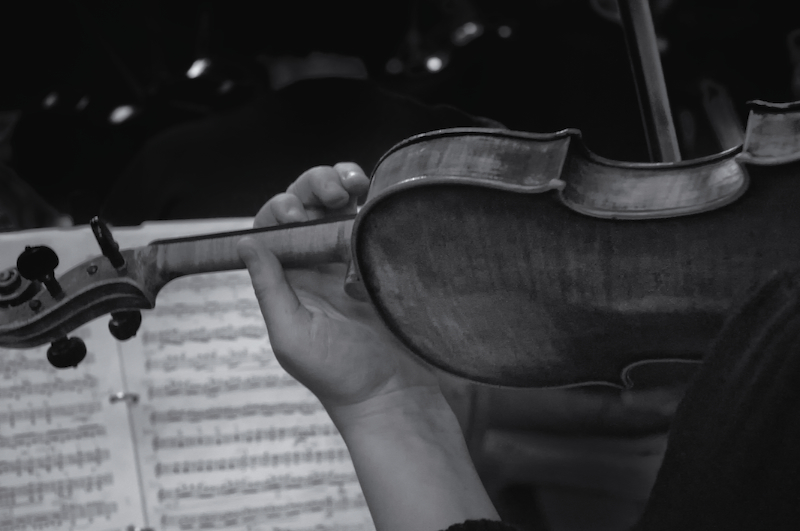 In the general category of bodily autonomy arguments, there are at least two sub-categories: the “Sovereign Zone” and the “Right to Refuse” arguments. In Episode 8, I discussed the arguments that fall under the Sovereign Zone umbrella, which can also be referred to as the “my body, my choice” arguments. This post/episode is going to be on the latter category—the ‘Right to Refuse’ arguments.

The bodily autonomy arguments essentially say that a woman has a right to do whatever she wants with her body, all throughout pregnancy. If the woman wants to expel the pregnancy before viability, that’s fine. The termination of pregnancy is the goal—the killing of her unborn offspring is simply a consequence of her acting on her right to bodily autonomy.

As I side note, this seems to be one of the primary reasons that some pro-choice people draw the line at viability. Because if a woman no longer wants to be pregnant and the child cannot survive outside of the womb…no harm, no foul (from their perspective). However, if the child can survive outside of the womb, then an abortion would be an act of active killing. This seems strange to me because it is essentially saying that when the child is completely helpless, you can kill him. But when he is almost completely helpless, you can’t.

Not all pro-choice advocates believe this way, and it seems to point towards a bit of an internal struggle within the pro-choice belief structure. If the woman really is entitled to her own body, then why can’t she kill the child before or after viability? Like I said, this was covered in much more depth during my episode titled Episode 8, Bodily Autonomy.

I’d encourage you to read her paper, which includes more than just the violinist analogy. You can find that right here! The paper really isn’t that long, and anyone interested in defending the pro-life case ought to read it.

I would encourage you to not respond to this analogy by saying “this would never happen” or “this is so unrealistic.” The entire point of a thought experiment is to suspend whether or not it is a realistic situation and to analyze the morality and the ethics of the situation. A consistent ethical approach will be revealed by its answers to important questions brought up by thought experiments.

This is likely where I would fall. I don’t think I would be comfortable disconnecting, knowing that the violinist would die. However, I would never suggest that this should be required by force of government. I touched on this in Episode 7 when it comes to forced kidney donations. I think we have a moral obligation to do it, but we ought not to have a legal obligation.

If you think about it, saying that you would stay connected to the violinist but wouldn’t force others to do the same is a fairly common pro-choice argument. They say, “I would never get an abortion myself, but I simply cannot imagine telling someone that she has to stay pregnant.”

The people making this statement see pregnancy as a supererogatory act—an action that is not required, but would really show off someone’s moral fortitude and selflessness. This, however, is precisely where the violinist analogy falls apart when comparing it to pregnancy. This is because the morally relevant parallels are not actually parallel.

What is the difference between the violinist analogy and actual pregnancy?

Though experiments can be modified in order to focus on the morally relevant issues at hand, and, for your viewing pleasure, I’d like to introduce…

[Elijiah] Thompson’s violinist:
(Get it cuz Judith doesn’t have a p in her name, and I do? Ha!)
(This analogy is not in the podcast, btw.)

Let’s imagine that you’re a stinking jerk and poisoned your violinist cousin, Junrey Balawing. Balawing is the smallest man in the world at under 24 inches tall. He was going to die of a kidney ailment, but your kidneys are able to keep him alive. All you have to do is stay connected to him for 10 months, and then you can both go on your merry way. You can carry him around in a backpack. He doesn’t mind.

With that fun little thing out of the way, let’s dive into the more philosophically robust analysis of the violinist analogy.

In Thomson’s violinist analogy, the reason the violinist is dependent upon someone else is because of the devious actions of the society of music lovers. Unfortunately, the person chosen to connect to the violinist had nothing to do with the connection. I alluded to this above, but this ‘responsibility objection’ is one of the stronger arguments against the analogy, and gives us a pretty good idea about why the analogy is not morally parallel.

Let’s imagine a slightly modified version of the violinist where I am directly responsible for the violinist to be dependent upon me. Due to the fact that I have a very strange sense of humor or have an insatiable desire to be desperately needed, I do some research and find a famous violinist who has the exact same weird blood type as me (in this analogy, we both share the Bombay blood type). I poison him, and then find a hospital and connect myself to him. I am now directly responsible for his dependent state. The same is true of nearly all pregnancies. So why, if you are responsible for another person’s dependency upon you, are you allowed to kill him/her?

Most people know that sex creates dependent people. If you cause someone to need you, you have an obligation to take care of them. This seems like a rather obvious thing. If you consent to something, you have to take responsibility for the consequences of the decision.

To use an analogy, let’s imagine there is a room. In the room, there is a button with a sign above it saying, “Press here for 25–40 minutes of pleasure. Warning: There is an 8% chance of this machine creating an infant.”

Now if someone walks in, reads the sign, presses the button for pleasure, and a baby is sent down a slide and ends up sitting right next to him, he may argue and say, “No, I only consented to having 40 minutes of pleasure! I didn’t consent to this infant!”

Again, if you are directly responsible for another person’s dependency upon you, what justification is there for you to kill him/her?

A Child is Not an Intruder

As I stated earlier, pro-choice advocates see staying connected as supererogatory. They also see pregnancy as supererogatory. But are the two examples parallel in the relevant ways? I don’t think so. And that’s because the unborn child is not an intruder, whereas the violinist is an intruder.

In the violinist example, we are using our kidneys to keep the violinist alive. This is an unnatural function of our kidneys; they are not designed to keep another person alive. However, the womb is designed (whether by evolution or by God, whichever) to keep a child alive. The womb, when it is performing its natural function, is preparing for a child or keeping a child alive.

For whom are the kidneys designed?

The fact that we are using our bodies in an unnatural way shows that this analogy is not properly analogous to pregnancy.

Thomson seems to be ignoring the fact that in abortion, you have a healthy child who is being actively killed. In the analogy, you have someone who is already dying. And this is even more relevant when we’re referring to abortions that are past the point of viability. Partial birth abortions are clear examples of active killing rather than letting die.

As Frank Beckwith says, “Euphemistically calling abortion the ‘withholding of support’ makes about as much sense as calling suffocating someone with a pillow the withdrawing of oxygen.”

Imagine you wake up in a hospital and you’re connected to Thomson’s violinist. You decide, “You know what? I think it would be nice to stay plugged in, but I can’t stay here for nine months.” So you unplug, walk out of the hospital, and you start to feel really nauseous and lightheaded. The director of the hospital runs out to you and says, “Oh my goodness, plug back in or you’ll die!” So you run back into the room, plug back in, and you start feeling better. The director says, “I’m terribly sorry, but last night you were kidnapped by the society of musical pranksters. This group of pranksters, of which the violinist is a member, they have a lot of fun together. But they’re pranksters. And because they’re pranksters, every now and then they end up plugged into an innocent person. And when this happens, it destroys the innocent person’s kidneys. But don’t worry. If you stay plugged into the violinist, in nine months your kidneys will heal and you can go on your way.”  And you pass out because this is crazy.

The violinist wakes up, looks at you, and says, “Hey! This dude doesn’t have the right to use my body without my consent. I’m not going to let him use my kidneys without my permission.” He unplugs from you, walks out of the hospital, and you die of kidney failure. And they toss your body into the hospital incinerator.

Does the violinist, in this case, have the right to unplug from you? Not at all.

The last analogy I want to use is one used by Anthony George called, “The Good Samaritan on Life Support.” I read the analogy in the podcast (around 49 minutes in), but you can read that here.

To summarize it, Chris and Kyle are conjoined twins that want to be separated. Kyle’s body is dependent upon Chris’ body for survival because of the way their bodies are intertwined, but Chris is able to be separated from Kyle without dying.

They go to see some doctors, and they recommend that Chris and Kyle stay connected for nine months, because in order to separate the two, they need to grow some vital organs for Kyle (and it takes nine months to grow the organs). But Chris is impatient and wants to be free of Kyle immediately. So, he goes to a separatist who does it immediately, and Kyle passes away and his body is thrown into the dumpster.

Has Chris done anything wrong? Of course he has!

He only had to wait 9 months in order to be separated.

However, if the bodily autonomy arguments (as promoted by the pro-choicers and the violinist analogy) are correct, then Chris has done nothing wrong. After all, it was his body, his choice, right? And Kyle had no right to invade upon Chris’ body without his permission.

It is valuable to fight analogies with analogies because it forces us to take a look at the differences, and to see which viewpoint can answer the analogies adequately.

Thanks for reading and listening!

I hope both episode 8 & 9 helped to defang the bodily autonomy arguments and the violinist analogy.