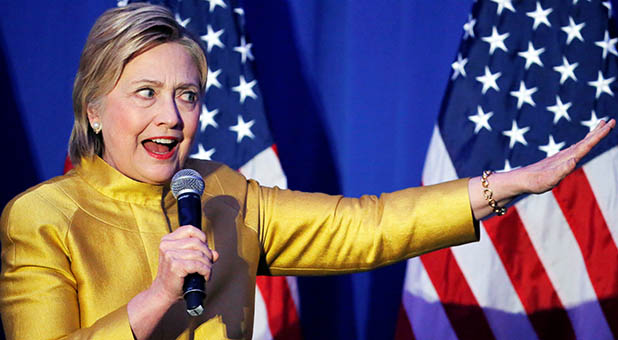 Ep 15 – Responding to “You’re Not Pro-Life, You’re Pro-Birth” and an Analysis of Hillary Clinton on Abortion

Hey everyone! Thanks for joining me on the 15th episode of the Fetal Position. As always, the show notes can be found at TheFetalPosition.com/15. In this episode, we discuss the possible responses to the claim that “You’re not pro-life, you’re just pro-birth,” often thrown at pro-lifers from our critics. We also analyze Hillary Clinton’s position on abortion and conclude that she is unsurprisingly terrible on this issue.

To listen to this episode in a new window, click on the following link: Responding to “You’re Not Pro-Life, You’re Pro-Birth” and an Analysis of Hillary Clinton on Abortion.

Even though this is Episode 15, it is not an “After Birth” episode (where I discuss non-abortion related issues). This is a continuation of a series on the presidential candidates and their positions on abortion.

Bonus!
Let’s keep abortion legal so that women don’t die from back-alley abortions.
For this reason, abortion should be safe, legal, and rare.

Analyzing Hillary Clinton and Her Position on Abortion

Summary of Clinton on Abortion

Hillary believes that unborn persons have no constitutional rights.
She wants to repeal the Hyde Amendment and force taxpayers to pay for abortion.
This combination of positions makes Clinton a very dangerous person when it comes to advancing human rights regarding abortion. If we want to continually promote the idea that all human beings are valuable from womb to tomb, and that they ought to have their right to life protected, then Hillary Clinton seems like the opposite choice.