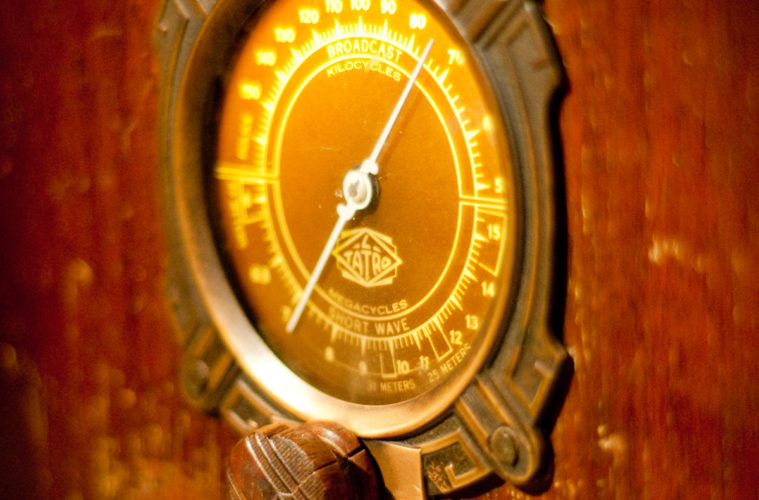 Radio Silent: Where Are You?

When our oldest daughter was little and the adjacent room where she played grew silent, I would call out—“Becca, what are you doing?”

I have no idea why it was always carefully and not careful, but regardless, we knew. Silence meant check—now.

Our middle child was more direct. When we called the same query to her, she responded—“Don’t come in here!”

We got in there.

Silence from small children is bad. Like airplanes, radio silence from kids means something has gone wrong. Terribly wrong.

God agrees. The first time his children didn’t answer him, he knew. Silence from his first kids meant something terrible had happened.

This spring, I preached through a series called Questions God Asks. The first question he ever asked, believe it or not, is one he asks each one of us as well. Every single day. Our answer matters.

God’s first question is seared with pain—for the questioner and the questioned. It leaks with knowledge neither wants and a desire for right that won’t be truly righted for a long, long time.

When the cool evening breezes were blowing, the man and his wife heard the Lord God walking about in the garden. So they hid from the Lord God among the trees. Then the Lord God called to the man, “Where are you?” He replied, “I heard you walking in the garden, so I hid. I was afraid because I was naked.” (Genesis 3.8-10)

It’s not a question to which God doesn’t know the answer. He made the trees they’re trying this chameleon act with. He knows every leaf and twig. He sees the trail of broken branches and dreams as they have run away. It’s like our kids hiding behind the living room chair and then hollering out, “You can’t see me!”

He can see them. So there has to be another reason he asks.

I get it. Only a couple weeks ago I went to get my (adult) child off the commuter train, as usual. Only she didn’t get off. At least, I didn’t see her, and she didn’t see me. I went straight into mama panic mode, calling her and wailing God’s very question—“Where are you???”

The answer from God’s children was not good—it was the equivalent of “Don’t come in here.” We’re hiding. We’re afraid.

God’ first kids had never experienced fear before, but now they felt its full force. They’re afraid of their father, their maker. The one who created a perfect relationship with them now appears forever changed by that monster fear.

Do you have naked dreams? I do. They’re horrible. You’re in a crowd of people, and suddenly, you don’t have any clothes on. In the dream, it’s humiliating and horrifying.

In real life, it’s the same. The first kids feel vulnerable—and they’ve never even known what the meant before now. So they run for cover—in this case, leaves. Leaves are a terrible cover, really, but desperate people do strange things.

Adam and Eve are not the only ones who know how to hide out in the woods with badly thrown together costumes masking their terror at the future.

We know the answer to God’s question. We are in mess. We’re stuck in our own selfishness. We’re locked in our own bad choices. We’re crippled by a brokenness of our own making. We’re not living into what we were made to be.

So God calls—where are you? And we let it go to voice mail.

He calls every one of us every day, every hour.

There are really only two answers. I’m hiding. Or I’m right here. If it’s not the latter, it’s the former. We can’t be in between.

Yet maybe, the want to come out can be greater than the want to stay. Maybe something in our DNA remembers that garden. Knows this isn’t all there is. Wants to open door a crack.

“Remarkably, the phenomenon of self-deception testifies that we human beings, even when we do evil, are incorrigibly sold on goodness. At some level of our being we know that goodness is as plausible and original as God, and that, in the history of the human race, goodness is older than sin.” (John Walton)

It’s the Deep Magic CS Lewis talks about in Narnia. Sure, what we see every day looks like there is one rule to the universe, and it’s not such a great one, but there is deeper magic. There is a greater, higher, more honestly real way out of hiding and into light. Deep Magic sings our souls the same song — in the history of the human race, goodness is older than sin.

The light isn’t as terrifying as we imagine. After all, it was there, in the beginning, spinning us into being.

The Word gave life to everything that was created,
and his life brought light to everyone.
The light shines in the darkness,
and the darkness can never extinguish it. (John 1.5)

If we want healing, wholeness, purpose, relationships, we need to stop hiding, step into light, and say, “Here I am. This is where I’ve been. With you is where I want to be.”

“We are incorrigibly sold on goodness.” I love that.