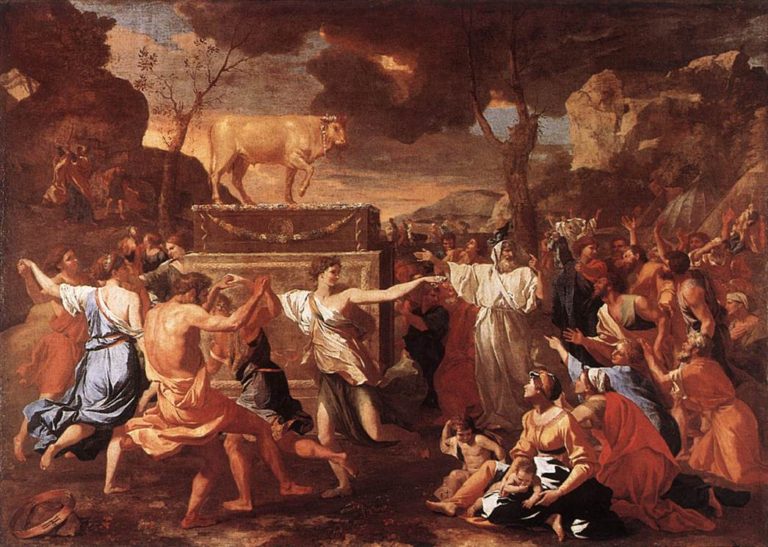 Peer Pressure: Why Our Struggles Aren’t Different than Those who Worshipped a Golden Calf

As a therapist, a lot of my work seems to center around certain specific dilemmas for each age group I see. Many of these dilemmas are focused around peer pressures that we feel that will help us to fit in with those around us. We see what others in our age group are doing, what they see as valuable and then we often make a decision about whether we will embrace this or reject it.

One of the many areas I studied in school dealt with the fact that there are many factors that we are unaware of when we are part of a group. For example, there was a study done by Stanley Milgram in the 1960s to see how far people would go when an authority figure asked them to shock a subject in the other room. The idea was to see at what point people would defy the orders given to them. While the other person actually wasn’t getting shocked the person delivering the shocks was made to believe every shock given increased the pain and danger to the subject. It was hypothesized that only about 1-3% of participants would deliver all the shocks. Instead, it turned out that over 65% completed the entire set despite the fact that they believed the person receiving the shocks was in danger. This became disturbing because it was realized that people often will do what they are told or taught by someone in authority.

Interestingly enough, this reminds me of the story of the golden calf. Within the story we learn that the people became discontent waiting for Moses to return with God’s laws. They convinced Aaron he needed to step up and do something. So Aaron asked the people for their gold and took and melted it together to form a golden calf for the people to worship.

While the situation is not exactly the same, it shows us that even in Exodus 32 there was peer pressure, the need for someone to stand up for what was right—group-think mentality was going on even then. If we continue with the story, we see God was angry at the people for worshipping the calf and he sent Moses back to deal with the people. When Moses arrived he was angry. The end result was Moses breaking the tablets that God gave him and punishing the people by making them drink ground up gold in their water. That day Moses also turned brother against brother and friend against friend and made them choose a side. It ended up that 3,000 people died that day.

So how does this relate to what I see in counseling? What do I view as areas of pressure for different age groups? Why is this relevant? Because I believe our nature is often to go with the flow and not be different or make waves. While this isn’t always a bad philosophy, we must also be careful to be sure we pay attention to what is going on around us so we don’t make mindless decisions.

Each age group has developmental tasks that are “normal for that stage.” For example:

-Preschoolers will typically obey if their teacher gives positive praise to one of the children for doing what’s been asked. They naturally want their name called in a good way. But, by contrast, they are easily influenced by what others’ think of them. So if they are identified as “bad” by their teachers, parents, and other kids, they begin to act on it. Their thought process is people are either good or bad. The concept that people are both is not one they understand.

-Next, thinking about elementary school age socially kids are looking for friends to relate to. Being different is a challenge for those who look different, play different, or struggle with compromise. This is the age where girls typically use the “unless you do this or don’t play with her you’re not my friend”.

-In middle school aged children, the schools today focus on teaching world religions (at least here in Georgia, USA) and they begin to learn extensively about sex, gender labels, as well as identifying with such labels. As an adult, I find both of these topics confusing but we’re now “teaching” our kids about this. (I will be doing a follow up on this in my next post).

-High school aged kids struggle with sexual labels, fitting in, the stress of school and deciding what they will do in the future. They also struggle with feeling any support from family and friends.

-College age young adults are beginning their adulthood either working, going to school, or starting a family. This age group again carries many comparisons about whether or not they are succeeding or failing. Many people come to my office concerned about the ways they feel different, alone, or that they aren’t measuring up to others in at least one of the categories listed above. This persists for many through most of their 20s.

-Thirties age folks tend to struggle with intimate relationships, parenting, and comparing their lifestyles with others. It may be a time if comparing what their kids do in comparison to other’s kids. This may persist into 40s.

-In their 40s and 50s, people may be looking to what will they do with kids leaving the nest. How do they navigate adult children and what does the next phase of life look like. This may also be the time where midlife crisis comes into play, especially if things aren’t going well or one partner is unhappy with how things are going and has regrets.

-Typically 50s and 60s are also a time of working on intimate relationships and working through taking care of elderly family members and dealing with grief and loss.

I hope this general overview will help you examine how we are each influenced by society by age group and what some of the common struggles are in each age group. Being aware of what the challenges are in each stage can help us work on navigating them for ourselves and those we care about.

As always, thank you for reading my post. I hope it left you with food for thought. 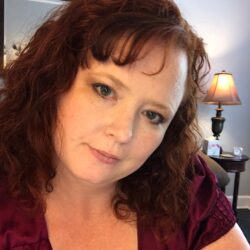 Rachael Heib
Rachael Heib is an LPC (licensed professional counselor) and is working on a certification in Play Therapy. She obtained her Bachelors degree in Psychology from the University of LaVerne, California and her Master’s degree in Community Counseling from Argosy University, Atlanta, Georgia. Rachael’s mission in life is to enrich the lives of children and adults through resolving conflicts, applying biblical concepts, and encouraging people to use their natural abilities and talents to better their lives and the lives of those around them. Rachael is married to her high school sweetheart Philipp. They have three bio children and are raising three more. They have fostered a total of five children. To learn more about Rachael, visit her website: https://musingsfromatherapist.wordpress.com/about-rachael/. You can follow Rachael at @theracuppy.

The Temple Revealed and the Future of the World: A Conversation with Dr. Christian Widener

Why Would God Allow This to Happen to Me?