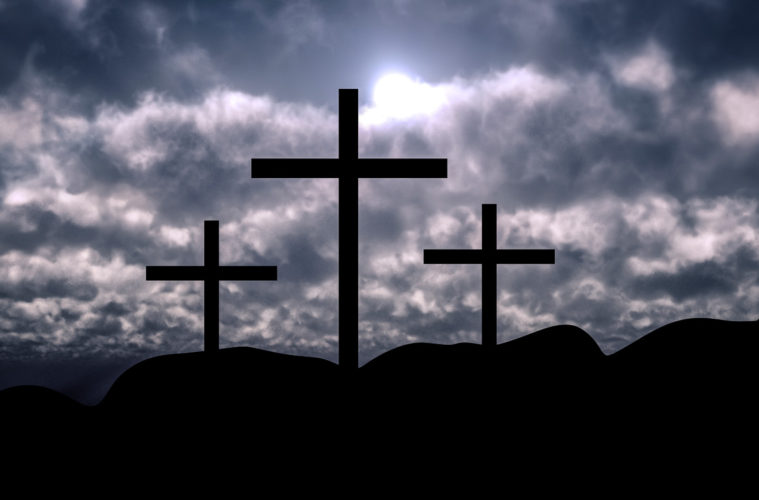 The Necessity of the Cross

Those who think that if they were present the day Jesus was crucified, they could have somehow prevented his death, speak out of ignorance. I often rehearse the following words to my congregation, which I am sure to have borrowed from someone else: “The cross was not an atrocity; it was a necessity.” As I write this, my goal is not to impart any new knowledge to you, but to cause you to meditate on that very event in which our redemption was purchased, our sins were forgiven, and peace was made between God and man. If you would take a few moments to just close your eyes and put yourself in the vicinity of the cross, what would you think? What would you say? Would your heart be broken or would you be among the masses who were celebrating the death of Christ?

That last question might throw you for a loop in that most people in their right frame of mind would never admit to cheering the death of Jesus. However, as we look at the many times we have failed him, does our attitude indicate that we don’t value the cross? Does it manifest the idea of us not even caring at all? What I am presenting to you today does not deal with denominations or personal preferences; in fact, it transcends those things. The topic at hand today is the foundation of what Christians believe, for without the cross, one cannot truly believe on the Savior. To those who are perishing, the cross is foolishness, but to those of us who are saved, the cross is the power of God (1 Corinthians 1:18).

Whether you are Baptist, Presbyterian, Methodist, or one of a myriad of groups of Christian people, the basis of everything must be the cross. Over a decade ago, back in my busy songwriting days, I penned a song with the tagline “the ground is level at the foot of the cross.” That’s the beauty of it! None of us is worthy, but each of us is welcome! Those multi-millionaire tycoons have nothing more to offer than a poor, homeless widow. It was not their fortune that purchased favor with God; nor was it their lack that prevented them from it. In every case, it was the blood of Jesus.

I am aware of the elementary nature of this topic. However, I am just as aware of the neglect that is often given to the cross in our lives—or better stated: detracted from our thought life. We need to revisit the basics in order to better appreciate the price that was paid so that we could become a child of God! The problem does not lie with the world system, because they do not care about the cross, nor likely even give it a passing thought. The real issue is with us (as believers) when we fail to live for the one who suffered and died on the cross for us! People that have not yet met Jesus probably don’t care, and that would be perfectly natural. But we who know him should make it our supreme goal to live for him and thank him for the power of the cross!

Sadly, many people in the world today are living cross-less lives. For those who have received salvation, we have been called to take up our cross daily and follow him. Think about this: how many times do we count the similarities between Christianity and man-made religions? How often do we try to find common ground, not on cordiality (because we should always strive to deal peaceably with others, even when we disagree), but rather on the truth that is clearly stated in the Bible? We have gotten to the point that we are telling others “The cross, which is the emblem of our faith, is no big deal.” Tragically, we have even conceded to them by apologizing for the cross as if it is offending them. Where did we drop the ball?

The cross of Christ is crucial, for without it, we would have no Savior! It is no small matter, but it is the heart of the matter—it does matter. If you take away the cross from Christianity, you have nothing more than a dead religion. But Jesus did not come to give us religion—that has been around since the beginning of time—he came to save us and to give us abundant life (John 10:10).

As I was recently watching The Passion of the Christ, I was reminded of the pain and agony that our Lord endured for our sin. I was not watching it for entertainment purposes, for that would be pretty inappropriate. Rather, I viewed it as a reminder of the lengths to which God went to show me that he loves me: to death! Romans 8:32 tells us “He who did not spare his own Son, but delivered him up for us all, how shall he not with him also freely give us all things?”

Sometimes, we need those reminders that may appear to be unpleasant. Do I like the thought of hateful soldiers and wicked religious leaders beating and killing my Lord? Of course not! But when I think about all that the cross stands for, the necessity of it, and the plan of God to save us, it causes me to stand in awe of who he is and how he loves me!