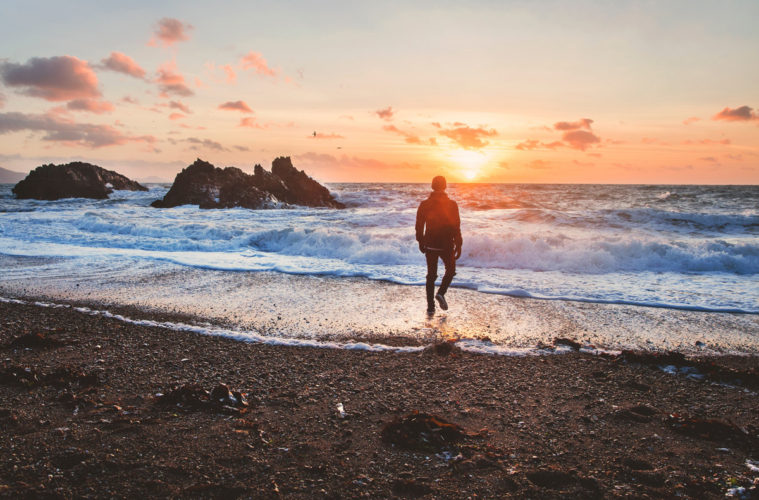 There are a lot of hurting people right in our community. In fact, you may be hurting, grieving, wrestling with God, or trying to understand the “un-understandable.” Wherever you are, do not ever forget that you are loved by the One who is love personified. But just because God loves us does not mean that life will never send us hard times. So when hard times come, let’s be careful to see God’s purpose in them.

Do you ever feel like Jeremiah felt in chapter twenty of his prophecy? Do you ever ask God, “Why was I ever born? My life is full of trouble and sorrow and shame.” Have you ever said the words found in Jeremiah 20:14-15? “Cursed be the day in which I was born! Let the day not be blessed in which my mother bore me! Let the man be cursed who brought news to my father, saying, ‘A male child has been born to you!’ Making him very glad?” Sometimes we are too proud to admit that we have been in some really low situations.

I want to point out the very thing that brought Jeremiah through this tough time. You may ask, “What time?” Well, in the beginning of Jeremiah 20, we are met with the reality that this prophet had been imprisoned by Pashur. So Pashur was an atheistic, agnostic, hater of God, right? Not exactly. Actually, verse one tells us that he was the chief officer in the Temple (God’s house) and that whenever Jeremiah prophesied that God would bring evil on Jerusalem (19:15), Pashur had him beaten and placed in stocks (bondage). So, in other words, Jeremiah was having a bad day—or a lot of bad days!

Although the cases are not as common in my small community, I was able to minister to a number of young people last week who had little-to-no sense of purpose and had likely even contemplated suicide. But we know that God created each of us on purpose and for a purpose. None of us was an accident and no human being is beyond the reach of God’s love and grace. Notice back even further in verses 11-13: praise is always in season; it is always appropriate—even in our bad times. Each of us was designed to praise the Lord.

Glimpsing into the New Testament, Paul and Silas were in prison having an all-night hymn sing and, about midnight, God opened the prison and broke their chains. In Acts 16:25-34, we see that the result of their freedom from prison was not all about them. The guard in the jail got saved and his entire family believed and were all immediately baptized. Your trial may point someone else to Christ. Maybe God has allowed that particular trial you face in order that you can minister to others in the same place that you have been, who otherwise would have been neglected. The majority of ministry today is one-on-one.

Jeremiah was known as the “weeping prophet.” Today, we would say that he suffered from depression. Many people deal with depression on some level, but whatever the degree of their feelings of inferiority or sadness, it is very real to them and God sees the hurt and pain.

In Psalm 56:8, David wrote about how God knows when our minds wander and we toss and turn, trying to get to sleep, and he puts our tears into his bottle and records them in his book. The idea is that he is intimately acquainted with us in our grief. Not only does he see, but he is there.

Even in Isaiah, chapter 49, when Isaiah thought that all his labor was in vain and that no one was listening to him, even if no one else in Israel obeyed God, Isaiah knew that God would honor his faithfulness. In other words, you matter to God, no matter what everyone else is doing.

Psalm 34:18 says, “The LORD is near to those who have a broken heart, And saves such as have a contrite (crushed) spirit.”

How about Job? Talk about a dude who got some seriously bad counsel and poor advice from his friends. But he acknowledged that God was the One who caused it. There is a purpose for your suffering. There is a reason that God allows certain things to transpire. In Job 12, he was reminded that God is in control and he is the One who gives all creation breath. Job may have not learned true wisdom if God had never allowed him to face trials. Wisdom usually is not gained in the formal classroom, but in the classroom of experience, in the lab of trials, in the testing of our strength, and in just plain hard times.

God’s Word declares that he knows us and loves us. Remember what he told Jeremiah in Jeremiah 4:5? “Before I formed you in the womb I knew you; Before you were born I sanctified you; I ordained you a prophet to the nations.” So when your mind tells you that you are worthless, what does God’s Word say? You are important to him; called by him; set apart for his purposes. This means we are valuable to the One who redeemed us. If God did not truly love us, he would have never sent his Son to die for our sins. He loves us!

Many times the reason we do not feel loved is because we are trying to define “love” by the standards of the world, which is not a good place to look. We need to align our lives with the Word of God and focus on him, not on our own lives, for we were made to live for him and not ourselves. Let me leave you with this simple, yet powerful truth: you are loved!