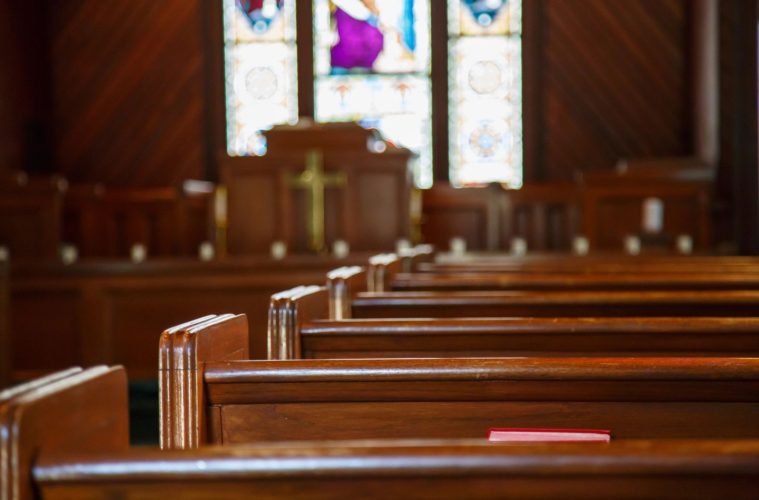 If we focus on, and are only worried about, numbers in the seats, what compromises will we entertain to reach that end?

As pastors, we preach regularly about the sovereignty of God over everything. We pride ourselves on the knowledge of the immensity of God and, oftentimes, we try to put some kind of human reference point on the infinite God, just to manifest our understanding (although we are vastly insufficient).

In short, we are well-acquainted with the greatness of our magnificent God, yet we often fail to believe this truth practically in our everyday lives. While some pastors are more interested in filling seats than filling heaven with souls, the majority of the other ministers with whom I network and serve have a heart to care for people and to let God fill the pews.

But the sad truth of the matter is that most of the people sitting in the pews grade their pastor on how many other people are filling the sanctuary. This is not fair to the man behind the pulpit. Although he can invite others into the fellowship, he cannot control whether or not they actually show up. This is where there is a disconnect with many Christians—they fail to invite their neighbors or coworkers to God’s house, but hold the pastor responsible for the lack of numerical growth of the church.

When I was called to be a pastor, my goal was always to feed the flock and preach the Gospel. I believe it is God who produces the fruit and brings about greater results than I ever could. In this post-Christian world in which we live, church attendance is down across the board. This is true not only among the younger generations, but also the older folks who have either gotten tired or bored with observing the Lord’s Day with other believers.

People will do what they want to do and we all see this more with each passing day. While it may seem Pharisaical to expect Christians to come to church, it actually lines up with what the writer of Hebrews penned when he wrote “not forsaking the assembling of ourselves together, as is the manner of some, but exhorting one another, and so much the more as you see the Day approaching” (Hebrews 11:25).

So it is not legalistic to want to be in God’s house as often as possible; it is actually a manifestation of our passion for him and our desire to worship corporately.

If we focus on, and are only worried about, numbers in the seats, what compromises will we entertain to reach that end? Even more than that, what is the magic number with which we will be content?

I can guarantee this: pastors and church leaders will drive themselves nearly insane attempting to find significance in numbers rather than in being faithful to God, whether there are ten or a thousand people! Years ago, I placed a paper in my Bible with some quotes that were near to my heart. One was by author and evangelist Leonard Ravenhill that read, “I’d rather have ten people that want God than 10,000 people who want to play church.”

Obviously numbers stroke our egos as pastors, yet I know some in this calling that do not wish for megachurch status. Why is this? Simply because they love shepherding individuals, they enjoy the intimate fellowship among a manageable congregation size, and they are not concerned with making a name for themselves among the masses, but proclaiming the message of the Gospel with no thought for their own well-being.

This is not a sense of false humility, which the Bible strictly forbids; it is a true servant’s heart that should be at the core of each called minister. Some of Jesus’ greatest teaching was done in the midst of a small number of listeners, namely his twelve disciples. I know that he preached for thousands and saw many people come to faith in him, but there is something very significant about personal discipleship.

Certain massive churches disciple very well, and some do not. By the same token, some small churches do this very well, while others do not. The bottom line is this: the numbers are not as important as the investment in people. If God has blessed you with the calling of pastoring thirty people, be faithful to them, pray over them, and study the Word in order to teach them and foster growth within them.

But if God has called you to be the leader over thousands, to you I would offer this counsel: surround yourself with co-leaders who are equally as passionate as you about discipling others. Make sure that the heart of leadership beats as one, in tune with God’s heart. If you do not share the same vision, it does not matter if you have 100,000 people in attendance, there will be no growth and very little impact for Christ in the world.

So it is up to you as an individual: Will you be more concerned with the people or seats filled? If you invest in people, the seats will inevitably fill themselves. So invest in people, stay true to your calling, and do not get discouraged by small numbers—the church has a revolving door. The sovereign God who is over all is well-aware of where you are and will reward your faithfulness. Fill the ears of the hearers with the truth of God’s Word and let him fill the seats in your church as the apostle Paul said, “I planted the seed in your hearts, and Apollos watered it, but it was God who made it grow” (1 Corinthians 3:6).