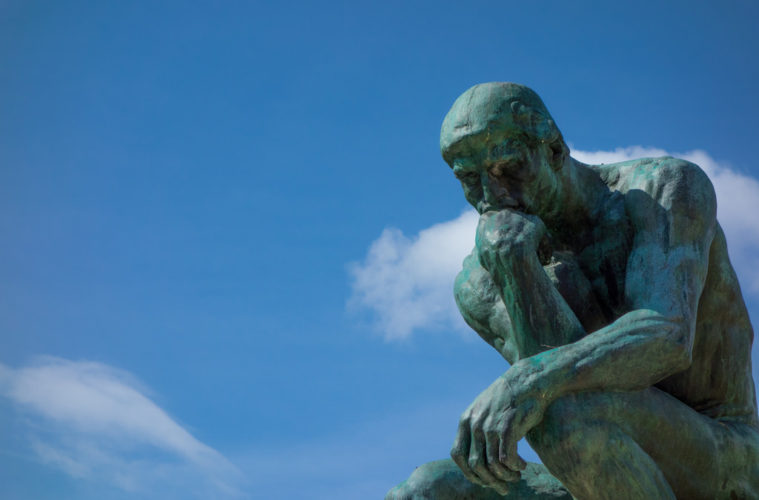 Confessions of a Christian Freethinker

What is a freethinker? What is free thought?

The presumption is that if you look at the world through a critical lens, you will undoubtedly agree with the atheists and conclude that “There’s Probably No God”.

There seems to be something inherently wrong with this idea, and the more I think about it, the more I am convinced that not all atheists are freethinkers, and not all freethinkers are atheists.

Being able to ‘think freely’ shouldn’t commit you to any position. If it did, in what way would it be considered free? Freethinking, it seems to me, is more of an approach to knowledge… an epistemological endeavor. Like skepticism, ‘free thought’ should be thought of as a methodology, not a goal.

Before going further… what do I mean by free thinker or freethought? Let’s ask the internet!

All of these definitions have one thing in common. They are all associating ‘freethinking’ with an epistemological approach to understanding reality that is independent of authority, dogma or tradition. A freethinker will be someone who forms their beliefs based on logic, science and reason.

Some attach skepticism of religious claims into the mix, but not all. It is unreasonable to say that religious skepticism is required for freethinking. If you’re absolutely required to reject the existence of God in order to call yourself a free thinker, are you really thinking freely?

Asserting that only atheists can be free thinkers is akin to saying ‘you’re not a freethinker unless you conform to our belief structure!’ That (ironically) self-referentially incoherent!

I do, however, appreciate the sentiment behind free thought. When understood properly, free thinking seems to entail a properly skeptical attitude towards reality; an attitude that says, “I’m not afraid of the truth, and I’m going to actively seek it. I’m not going to uncritically accept the opinions of others. I’m going to ask the right questions and only accept something if it is reasonable to do so.”

When we understand freethinking to be a reasonable approach to discovering truth, unfettered by social pressure and opinions, everyone can be a freethinker!

Everyone should be a freethinker!

But proper freethought actually requires thought—critical thought. It requires you to do the research, ask the right questions, and actually come to conclusions when that conclusion is reasonable. It is not enough to be critical of religion, you have to be critical of your own views as well.

I will sometimes refer to myself as a “Christian Freethinker.” I do this for two reasons. First, because its funny to see the reactions of the self-proclaimed ‘freethinking atheists’ when I say it. And secondly, because when freethinking is properly understood, I think all Christians should be freethinkers.

In 1 Thessalonians 5:21, we are instructed to test everything and to hold on to that which is good.

And if God is the truth (Jn. 14:6), then truth is to be treasured as a reflection of God Himself.

According to Apologetics.com, Apologetics is “challenging believers to think and thinkers to believe.” If you need more convincing, check out William Lane Craig’s “In Intellectual Neutral” talk. We need to be a Church that actually uses our minds.

I have come to the conclusion that Christianity is true because it corresponds to reality. I believe the evidence points towards the existence of God, the veracity of the Bible, the actual resurrection of Jesus of Nazareth and the overall truth of the Christian worldview. I have come to these conclusions in a manner consistent with the definitions of freethinking listed above.

I’ve used logic, science, and reason to conclude that Christianity is true.

Even if you call yourself a Christian… you and I probably don’t agree on other things. And that’s okay. Lets talk about it. The cool thing about the Christian worldview is that it allows you to look at all of the evidence. So we should do exactly that.

My point is fairly simple.

If freethinking is synonymous with a critical approach to truth seeking, then I will gladly embrace it. If it requires you to be an atheist, then it is not free. However, being a freethinker requires critical thought. And critical thought requires you to be critical of others and critical of yourself. If you’re not open to being wrong, you’re not a free thinker. And yes, Christians can be freethinkers. Don’t hog the label, atheists. Some of you may not even deserve it.

Be open to being wrong.
Because you probably are.

I wish this guy would have blogged more than one thing.

Thanks for reading. Let me know your thoughts.