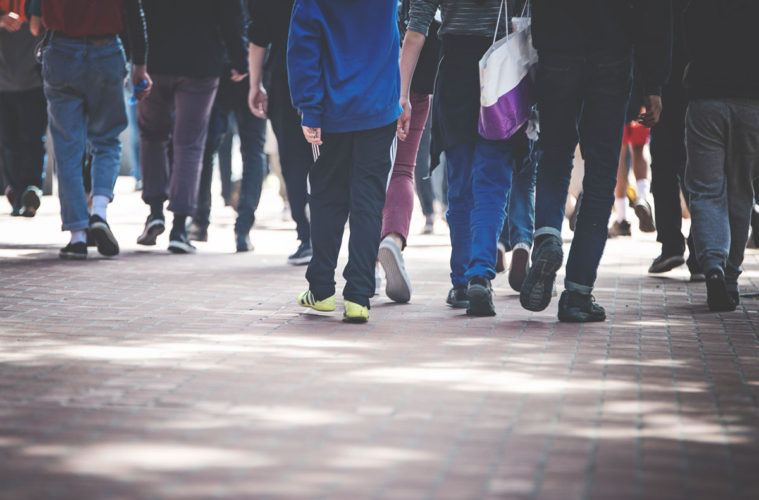 Activism According to the Gospel

I do not consider myself an activist. I am simply a Christian who is striving to abound in love. As a Christian, my primary priorities are different than those of the activist, although we often walk side by side on the same path. As a Christian, I am chiefly concerned with helping fellow Christians grow in their vision of God and walk in faithfulness. The activist’s mission is to fight for justice and peace and to be a voice for those who are voiceless. An activist who remains an activist alone is concerned with these things on a temporal level. Their mission is to pursue these things so that there are realities lived in during this life. The activist that rises above their station and puts on the banner of Christ as well seeks not only earthly justice and peace, but sees these things as the means to a greater and more glorious expression of these realities in eternity. Yes, I often walk side by side with the activist, but as a Christian, there comes the point where the activist reaches his home, and I continue to walk further.

The faithful Christian may share the same scars and have shoes that are worn to the same bareness as the activist, but we continue to walk well after the activist has placed their trophy on their mantle. The Christian has no specific agenda, but rather is called to pursue justice, peace, and love in every facet of life and society. Their race does not end until they breathe their last breath. They are not able to simply have one area of life where they pursue justice and peace. The Christian is called to be a peacemaker, to hunger and thirst for righteousness, to be pure in heart, and to be merciful. The Christian can be an activist, but the Christian is called to embody in every facet of life what the activist pursues in one area. This is why it is such a contradiction for a Christian to be pro-life and yet indifferent to Black Lives. This is why it is a contradiction for the Christian to be vocal about immigration policies, but not about racialized policies that affect their neighbors. This is why it is inconsistent for the Christian to be concerned about oppressive regimes overseas and at the same time indifferent to the cries of the black community regarding police abuse of power. An activist may take on one of these issues, but the Christian is to be a voice regarding all of them and to have a heart that beats for all of them as well.

Christians are called to a higher standard than the activist because Christians have been given a grandeur vision concerning what it is activist themselves fight for. The activist stands for a just and unified tomorrow where love abounds. The saint stands for a just and unified eternity where love abounds perfectly forever. There is a saying, “You are so heavenly minded that you are no earthly good.” This is a strange saying considering that historically it has been the most heavenly minded people who have done the most earthly good.

So what is the churches’ problem? Why is the Church so inconsistent when it comes to pursuing the things that worldly activists give their life for? I don’t believe it is the fruit of being too heavenly minded. I actually think it is the fruit of not truly understanding heaven and the full implications of the Gospel. The modern Western Church has become a silent voice concerning issues of social justice and reconciliation because it has constricted the Gospel to be simply good news about personal salvation. The church has become anemic concerning these issues because the implications of the Church’s Gospel often, does not extend pass the individual Christian’s heart.

The Gospel is the good news that God is reconciling all of creation to himself through the work of his Son. Creation itself has been groaning due to the fall, and in Christ, the entire cosmos is being brought back into subjection to the glorious Son. This means that the Gospel is the good news about the reconciliation of all things including humanity, society, nature, death, and sickness.

So what is heaven?

Heaven is a New Earth established on the foundations of this cosmic reconciliation.

It is the vision and longing the Christian has of the New Earth, and the holistic reconciliation they are destined to dwell in that should propel them to actively pursue such things now.

What relation does the Gospel have towards activism?

Activism was birthed out of the Gospel. It was Christians who put an end to the gladiatorial games, who built hospitals, who developed the concept of public schools, brought equality to women, ended slavery, fought against Jim Crow, defended the unborn, etc. Christians who do not practice these things or who contradict themselves by inconsistently prioritizing one of these things over the other, are Christians who have an insufficient vision of heaven, the fullness of the Gospel, and the love Christ has called them to.

You can follow me on Twitter @KyleJamesHoward. Also, check out my podcast “Coram Deo Podcast” which focuses on issues concerning Biblical Counseling and Practical Theology. You can search for podcast on any major podcast catcher, listen on the web here, follow updates @CoramDeoPodcast, or just click the artwork below.