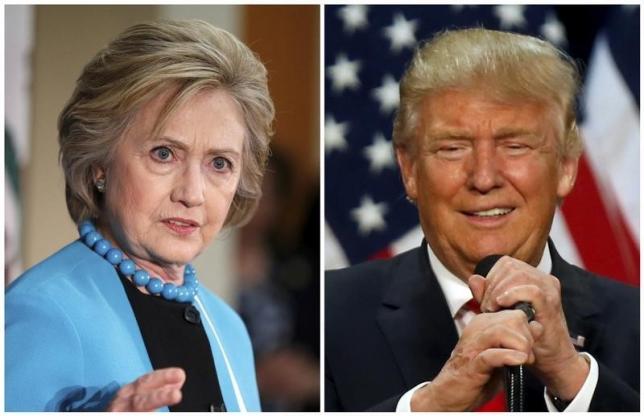 Theolitics: Closing a Chapter and Beginning a New One

When I first accepted the responsibility of writing a regular column for Theology Mix, America was in the middle of one of the most hyped and media covered presidential primaries to date. At the time, there were sixteen Republican primary candidates vying for the Republican nomination. If I was going to write a regular column I decided it ought to be on on a topic that Christians don’t typically like to talk about. I quickly came up with two topics: Theology and Politics. What could be better than merging two things most people don’t like to talk about into one column?

However, as the election has wore on, and the field has narrowed, there is less and less to talk about. America has once again selected leaders in her own image. The hope of a real change at an administrative level has gone by the wayside once again. The most interesting candidates, at least to me, have either fallen out of contention, or are proving to be completely unelectable in a general election. So, I close this column with a bleak, but realistic, look at where we stand, and where we’re heading the next four years.

Without question, this election cycle has been the most hopeful for those outside the two major parties. I fully expect Libertarian nominee Gary Johnson to do respectably in the general election. However, I do not foresee him eclipsing the third party run of Ross Perot in 1992, and I definitely don’t see him winning a state that would keep Trump or Clinton from securing the nomination. Johnson, and the Libertarian party, will have a lot to celebrate with the growth and recognition they have established this election cycle, but it is likely to fizzle out and be forgotten.

Darrell Castle (Constitution Party) and Jill Stein (Green Party) will get some votes in those states where they are on the ballots. In the long run, though, these votes, while commendable and principled, will only serve to grow their respective parties. They will only serve to be a mere flash in the pan. A really small flash at that!

Ultimately, the emergence of a viable third party will remain a delusion of grandeur. Reality will set in for most that all the effort, energy, and money at the grassroots level is not enough to overcome the big money of the two major parties. Most voting Americans will give in to the notion that, “A vote for a third party is a wasted vote.” As they do, they’ll prove the self-fulfilling prophecy correct: If we don’t vote for them, they can’t win.

What if Hillary Clinton Wins?

As we come to the general election, we are left with two very disturbing choices. Since I’m wrapping up this column I won’t go into why it’s disturbing. Rather, I want to look at things realistically. Realistically, Hillary Clinton can win this election. She has proven to be an extremely weak opponent in the last two Democratic Primaries. However, this will be our first look at her strengths in a general election. Honestly, I think she is likely to win.

However, she has a tough road ahead. First, while her strongest opponent, Bernie Sanders, has endorsed her, I’m not so sure his supporters are hopping on to the Clinton train. What’s more, Libertarian party nominee Gary Johnson is appealing more to the left than he is to the right at this point.

If Clinton were to win, she needs to find a way to retain a fraction of the Sanders supporters that Johnson seems to be snatching from her. Furthermore, Clinton’s e-mail scandals are likely to pop up in the national debates. If she is unable to address those scandals in a way that the American public can swallow, she could bury herself quickly.

Still, it’s very likely we could see a Hillary Clinton presidency. What will that mean for America? I think that depends on what happens with the House and Senate. Honestly, it might not mean all that much. If Republicans are able to secure the House and the Senate, Clinton will be in a stalemate situation. She’ll want to do things, but she’ll be forced to the middle by a Congress that will continue to block her as they’ve done for the last eight years of Obama. I confess, this might not actually be a terrible thing.

However, Clinton is likely to appoint a pro-choice judge to the Supreme court which could mean further expansion of abortion rights and access under the moniker of reproductive health. This would likely be most evident in the way healthcare mandates are pushed on businesses and non-profits. Also, Clinton has promised to expand funding of Planned Parenthood. Knowing the record of republican congressman I’m certain they’d be happy to accommodate her with bills that also fund their pet projects.

What if Trump Wins?

Donald Trump is a winner. This election cycle he has proven he has what it takes to win in the political arena. He has proven victorious over the most robust Republican field in a long time. If Donald Trump can clean up his gaffes in debate with Clinton, and continue to appeal to the overall frustrations that Americans are feeling, he may upset Clinton.

Trump, too, has his challenges ahead. Trump still has not proven that he can shift to being more “presidential.” In fact, he’s proven just the opposite. He has continued to insist on conspiracy theories as fact. Even when reporters give him a wide open opportunity to walk back what might be perceived as questionable comments, he doubles down and makes it infinitely worse. If Clinton is smart, she’ll use this to her advantage.

Also, Trump needs to hang on to his wobbly conservative base while also finding a way to appeal to independent and left leaning voters. This is going to be a tough sell considering the strength and determination of the “Never Trump” movement. While Clinton faces concerns of Bernie supporters voting for Johnson, Trump’s biggest concern is conservative voters simply not voting at all.

If Trump has one saving grace, it’s that eight years of Barack Obama has frustrated conservatives to the point that they’ll vote for any name with “Republican” next to it just to get out from under another Democratic presidency.

If Trump is elected our next President, I’m not really sure what to expect. Realistically, I’d expect him to do a lot of good things for the nation’s economy. I think he’ll make good on his promises to balance the trade war, open up the pipeline, and build a wall. Sadly, it’s hard to say at what cost internationally. We can hope that he’ll have advisors around him that will keep him from putting the United States in a less than desirable position at the international level. Ultimately, I’d expect some economic turnaround in four years with the very high risk of the abuse or misuse of military force either domestically or abroad.

As I close this column, I’m reminded that God is sovereign. As passionate as I’ve been for third parties and underdog primary candidates this election cycle, I’m more passionate for my true country and my true King: Jesus Christ. Whoever wins, nothing much changes for those of us who are citizens of the Kingdom of Heaven. We have a commission from our King, and he never said it would be easy. As fun as it is to write about, discuss, and argue politics, we have a higher calling. Whether you vote Trump, Clinton, Third Party, or don’t vote at all…preach the Gospel.