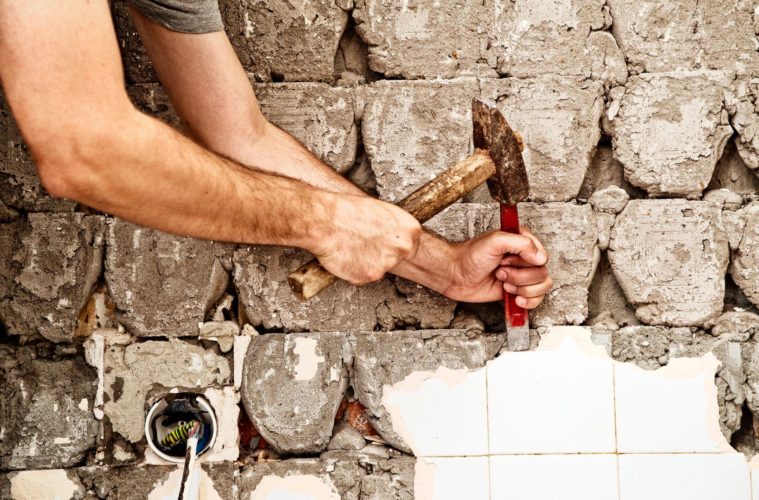 Being a guy, it is not easy for me to admit to weakness. I also admit that if I were a woman, I would probably feel the same way. Our human nature does not like to come to grips with the fact that we are limited, finite creatures. We often try to convince ourselves that we are invincible; but we are not. I have recently been doing a lot of projects around the house, from replacing the bathtub and shower and basically redecorating the entire bathroom to installing some new ceiling fans, I was quickly reminded of why people pay other people to do this stuff. The most recent DIY project I inserted myself into forced me to call in reinforcements—as I was quickly met with the reality that I had no idea what I was doing!

During my home improvement experiences, I also realized that it didn’t take much to make me upset—even minor things; mostly because I was not in control of the situation, nor could I say that I had ever attempted some of these projects (nor will I ever do so again). The Devil will use anger to magnify the severity of any given situation so that it is blown so far out of proportion that we lose our cool and see our plight as “the end of the world.” But it is usually a very small thing that gets under our skin and causes us to focus on ourselves, have a pity party, and forget about the great Power that indwells us and desires to help us: the Holy Spirit.

Another struggle, blatantly influenced by Satan, that men and women alike deal with are the various lusts that attack us from the world system. The remedy to our lust and fleshly desires is to depend on God’s strength for victory. Paul wrote these words to the church at Galatia which still ring true to this very day: “I say then: Walk in the Spirit, and you shall not fulfill the lust of the flesh” (Galatians 5:16).

Perhaps another weakness for you would be overindulging, not necessarily in a wrong thing, but too much of a good thing that takes the place of God. Part of living a life of godliness is to depend fully on the Lord and find your significance in his power and strength, not in the flesh. Many people do not equate living for self as sin, but not to put the Lord in his rightful place is a form of idolatry. People can take perfectly innocent medicine, designed to treat an illness, and abuse it to the point of harm or even death. The same thing can be done with something as normal as food— the options are never-ending.

Here’s one area in which I tend to struggle: worry. I often worry that I worry too much, or if I am not worried, do I care enough? The Bible tells us about the dangers of worry and being anxious. The remedy is prayer and supplication, yet many of us (myself included) do not care to take the time to bring our burdens before the Lord—and when we do take them to the Lord, we often end up picking them back up again rather than leaving them there for him to deal with.

I have never met a person who takes great delight in admitting weakness, but if we read the Bible long enough, we will see that our greatest human achievements are impotent compared to the greatness of God. He never ceases to be strong and we would do ourselves a great favor by fully relying on his might, knowing that he is more than capable of bringing us through our greatest struggle or trial.

Growing up, I remember singing a song that went like this: “He’s able, he’s able, I know he’s able; I know my Lord is able to carry me through.” What an amazing reality that the One who redeemed us is greater than all! What weakness do you need to admit today? By admitting it, you are not saying it is okay nor are you even becoming complacent; you are simply convincing yourself that you cannot handle life on your own. We were not wired to be independent, but to depend on the omnipotent God. Be introspective today and identify weaknesses that need to be surrendered to the Lord; give it over to him, and watch him be glorified in your life.