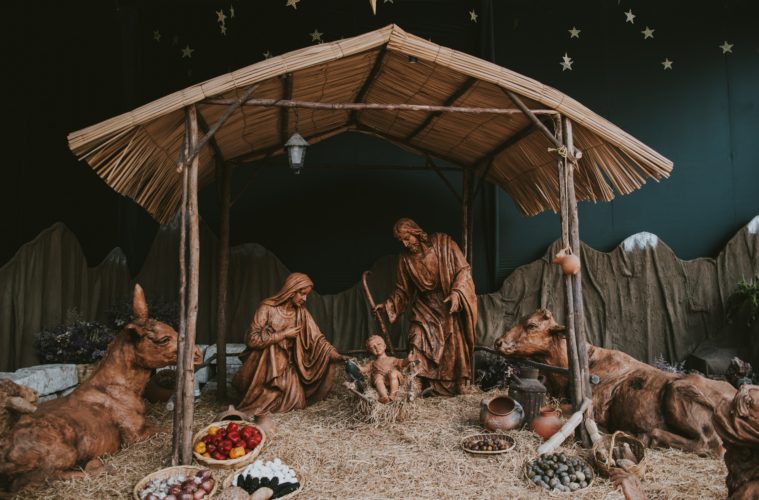 When I was reading through the Christmas narrative again I was struck by the phrase, “And her husband Joseph, being a just man (Matt. 1:19a, ESV emphasis added).” The wording sounded so strange to my ear, and not because I am used to hearing women bash their husbands. It sounded odd in a masculine voice.

When I hear men use those last three words they rearrange the order. Usually they are describing a situation where “the right thing” was obvious, but they didn’t do it and the refrain is, “Well, I’m just a man.” The implication is that there are certain sins for which being male is understandable (i.e., lust, pride, harshness, insenstivity, etc…). Somehow maleness has been defined more by those sins than just about anything else. We’re supposed to bark as some kind of pledge of allegiance when those sins are referenced in conversation.

I believe this is more than a clever play on words. If Joseph were “just a man,” Mary would have been a single mom raising the Son of God. All of the temptations of maleness were in Joseph as he resisted them to evidence that he was “a just man.” He would have to live the rest of his life with questions like:

Yeah, Joseph had a dream with an angel talking to him, but how many spiritual highs have you had and how long did they last when doubts crept back in? Most of the days with Jesus growing up (after the wise men and shepherds) had to be pretty ordinary (nothing was recorded until Jesus got lost in the temple). When things get “normal” is when faith gets hard.

Mary knew she hadn’t been with another man. The miracle was undeniable in her mind without the need for “faith” in a virgin birth. But I cannot imagine it was so for Joseph. This is where the danger of the “just a man” phrase comes in. If Joseph listened to most men (even Christian men) talk about how to deal with temptations that infringe upon their masculinity, I fear we would have a radically different Christmas narrative.

This is not to imply that men should do with Joseph what Catholics do with Mary. That would only negate the point being made here. The point is that Joseph was a man (masculine without any of the benefits of deity like his Son) who valued being just more than being macho or respected.

While I know that it is chronologically and theologically incorrect, it is worth pondering whether Jesus was emulating Joseph when he made the decisions described in Philippians 2:5-11. Joseph was a humble man who took the form of a servant, setting aside his reputation. As we study the Christmas narrative it might be appropriate to allow God to exalt Joseph (like those biblical examples in Hebrews 11) in our eyes as an example of the kind of faith we should display.

Praise God that Joseph was willing to be “a just man” instead of “just a man”!