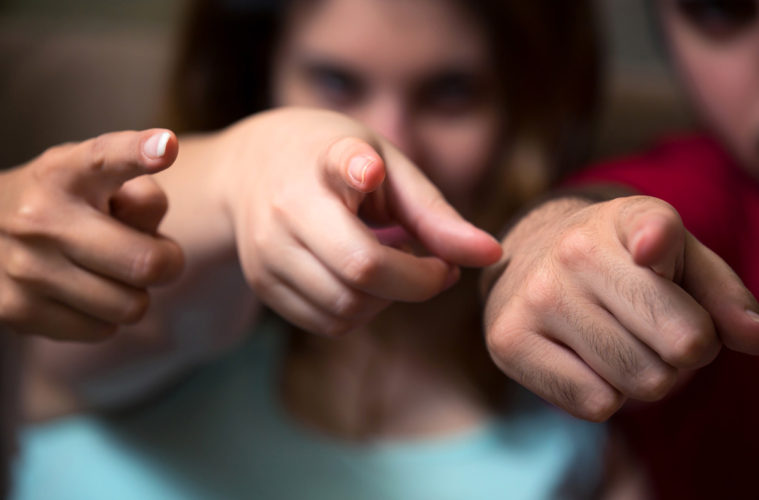 What’s Love Got to Do with It?

Perhaps you were raised in a very strict home that could be defined as “legalistic.” There was a litany of rules and regulations to the point that you were looking for the part that said, “I have read and agree to the terms and conditions.” As we begin this brief literary journey together, let me state this: standards are good, provided they align with God’s Word; however, man-made rules that are enforced to control someone in an unbiblical, dictatorial manner can do a lot of damage to a person. God does not bless that kind of behavior.

I was raised in a Christian home and while there were rules, and even though I thought many of them were unreasonable, my family didn’t buy into the legalism part—well, at least not to the point that others did. Had I been raised under the strong hand of hardcore legalism, I would probably not be a pastor today—in fact, I may not even be in church today! I have seen many peers become victims of this harmful display of control that does not enhance our freedom in Christ, but rather limits it to a cult-like elitist group. Please hear this: there is no room for elitism in the family of God. None of us was good enough to earn his favor and to think that we are any better than someone else is straight-up arrogance. Out of the six things the Lord hates in Psalm 16:16-19, the first one listed is pride.

Even the apostle Paul, who was one of the greatest Christians to ever grace the surface of the earth, declared this in 1 Timothy 1:15: “Christ Jesus came into the world to save sinners, of whom I am chief.” Even as Christians, we still make mistakes and fail to get it right. That’s why we are so grateful for the unending mercy of God. So if Paul was telling us that he had flaws, no one has any business trying to gloat about their stellar performance as a Christian.

The same author wrote these convicting words in 1 Corinthians 13:1: “Though I speak with the tongues of men and of angels, but have not love, I have become sounding brass or a clanging cymbal.” As a drummer, I can appreciate this verse because I know the capability of a really good crash cymbal. I tend to play a little on the aggressive side, so without hearing protection, the sound of a crashing cymbal is obnoxious! What Paul is trying to convey is the truth that even if you are the most eloquent speaker, even though you may have more degrees than a thermometer, and even though you may be a highly sought-out communicator, if you do not have love, you aren’t very impressive to God.

So what’s love got to do with it?

That’s what Tina Turner was wondering, but I am pretty sure that she was not trying to convey a theological application. In the context of our lesson today, love has everything to do with it! The very fact that we know the Lord is a result of his love for us. John 3:16 is all about God’s love. In fact, John also wrote in his first epistle: “Beloved, if God so loved us, we also ought to love one another.” So we can confidently say it is all about love! Do you think someone who doesn’t know God is going to be attracted to a hateful person who is always trying to tell them they are not good enough to come to their church? Guess what? They will probably never come to that person’s church!

Am I saying that we overlook sin? No way! But what I am saying is that we show that person love and point them to the One who forgives sin. There is nothing more loving than sharing God’s hope with someone else. Some preachers think it is okay to yell and scream and publicly condemn people and embarrass them. That is not loving, nor is it the way that Jesus acted when he was on earth. He ate with sinners, not to bless their sin, but rather to show them that he alone was able to forgive them. Sadly, many people have isolated themselves from the world in which we have been called to shine the light of Christ.

The people who need to hear the truth will likely never embrace it if they are constantly spoken to in a condescending way. If we share the truth in love, we won’t come across as a legalistic, elitist who thinks they are better than everyone else. I don’t care how educated you are, I am not impressed with how far you have traveled for the sake of the Gospel. Nor am I going to elevate you and put you on a pedestal because you are obedient to God’s calling on your life. If you have no love to give, nothing else is really going to matter.

So what’s love got to do with it? Pretty much everything!