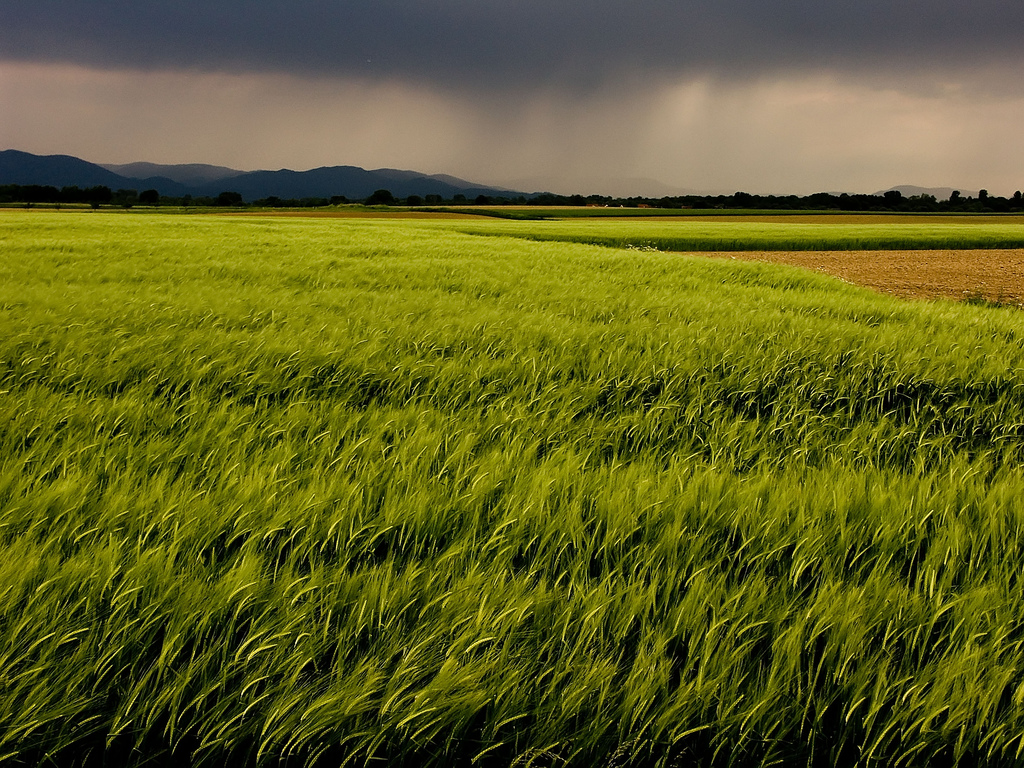 This parable of the wheat and the tares is one more place where Jesus clearly asserts that there will be a judgment when good and the evil will be finally separated. Until then, good and evil will dwell together. There are many things that could be said about this parable, but I want to highlight four things:

1) Jesus teaches us that there really is a personal, evil power in the world, a person who is totally committed to all that is bad and to corrupting as much as possible of God’s good creation.

If there’s anything that the contemporary church needs to get straight is that we have a real enemy, a person who is more clever and more experienced in what he does than we are. He is not just some impersonal power or force, but a real, thinking, plotting entity who can outplay us in his chess game every time if we try to take him on on our own.

2) We aren’t the final judges of things.

We judge according to appearance; God judges according to ultimate knowledge of all things. If we were to separate the good from the bad, how would we do it? The problem is that what seems to us good may turn out in the end to be bad, and what seems to us at the moment to be evil may be good at the end.

For example, if we were looking at Joseph Stalin as a young man in a theological seminary, we might be fooled into thinking he was a real follower of Jesus, and if we looked at the young John Newton, the composer of the hymn Amazing Grace, we would surely have tossed him out, because he was one of the most cruel men of the eighteenth century—until God got a hold of him.

By the way, we shouldn’t think that just because someone is in the church, or even a leader in the church, therefore he or she is part of Jesus’ true flock. Look what Daniel Defoe said about that in his little poem:

Wherever God erects a house of prayer,
The Devil always builds a chapel there;
And ’twill be found, upon examination,
The latter has the largest congregation.

3) God seems to be slow in his judgments, but he’s certain.

4) Since God is the final and perfect Judge of all things, we can trust him with the judgment. He’ll do the ultimate separation—we won’t and can’t.

We might observe that the wheat and the poisonous tares aren’t just “we” and “they” (around us), but in us. If we’re really being honest, both are part of our character, and it’s this realization that keeps us from self-righteousness. It’s only at the end that the sinful nature in us will die and be taken from us—permanently. And only God has the power to do that.

So what’s the very good news? We can celebrate the fact that the final state of all things will be good, the whole good, and nothing but the good. After God separates out of his kingdom all that is evil, the only thing that remains will be good. We’re told that in the end only righteousness will dwell in the New Heaven and the New Earth (2 Peter 3:13).

And the whole thing is the work of God from beginning to end.