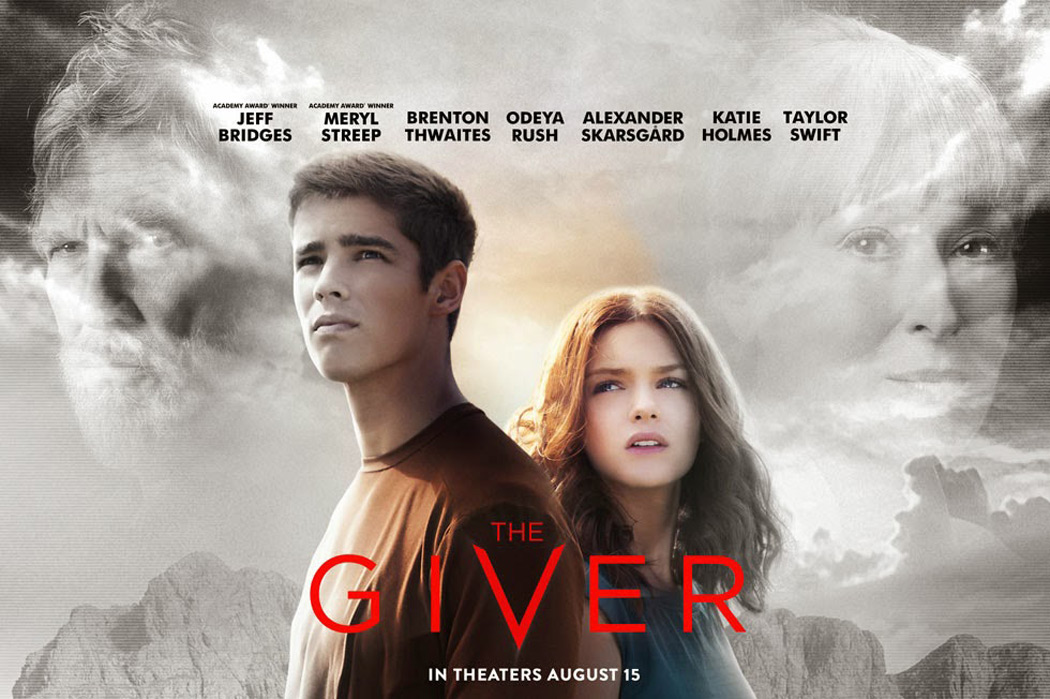 Year of the Bible Movie… Or Not.

2014 has been heralded, by some, to be the “year of the Bible Movie.” Jonathan Merritt, for example, listed five “Bible” films that would sweep Hollywood off its proverbial feet. As I reviewed Merritt’s list, I was able to come up with a few more films that didn’t make the cut. Here is just a sampling of the films that have been released in 2014 that fell under the “Bible” umbrella:

As a pastor, I’ll have to admit that I have not watched a single one of these films (in theaters or otherwise). God’s Not Dead is the only one that I may see in the near future. You might think I should be ashamed of myself for not supporting the making of these films.

Truthfully, after reading some of the reviews of these films (except, maybe, God’s Not Dead) the Christian community are the ones that should be ashamed for supporting them! There is one movie, though, that I did go and see this year that I never saw listed among the biblical movies genre. It’s a movie that carried one of the most powerful Christian messages I have ever seen depicted on film. That movie is The Giver.

Criticism of The Giver

The Giver took a lot of flack for being a cheap knock-off of the far more popular Divergent and I’d have to say this is a fair criticism. I saw Divergent before seeing The Giver and I had much the same feeling for the first portion of the film. Still, if I hadn’t seen Divergent first, I don’t think I would have been affected by the similarities. Also, I don’t think it’s fair to judge a film by the coincidental similarity of opening plot lines.

Another criticism of The Giver is that this movie left a lot to be desired in terms of story and character development. At the end of the film, I felt like so much more could have been done to develop the characters. It certainly could have had a stronger conclusion which, to me, was a little confusing. I understand that this was the first in a series of books, and I wonder if the somewhat anticlimactic ending had something to do with that.

Praise for The Giver

Before I give my praise for The Giver, let me just tell you a little bit about myself. I’m not a film reviewer. I only watch movies for date-nights with my wife and I am usually not that impressed with the films. I like films with plot twists that leave me blown away introspectively. For the last decade I have said that my favorite film was A Beautiful Mind. The last time I told somebody that, they said, “When was the last time you went to see a movie?” That’s a fair question.

The point is, I’m not a professional reviewer and I have a bit of an odd taste. Still, I think this movie packs an incredible punch and, for me, knocked A Beautiful Mind off of my number one list.

Why? This movie surprised me at every turn. If you watch the preview you’ll get the general gist of the film. You are immediately brought into a black and white world that represents a community which has been, presumably, absolved of all the things that mess up a society. Among those things are emotions, conscience, and a knowledge of the past. All of this has been done by the community “elders” to keep the peace and for the most part, the world, initially, doesn’t seem all that bad. It almost seems…good.

Praise #1: Value of History and Those Who Experienced It

Jonas, the main character, is uniquely chosen to replace a crotchety old hermit known as “The Giver.” This may be lost on a lot of people, but a young man going to sit and listen to an old man talk about the past is a valuable, and biblical, thing. Maybe this struck me more personally than it will others, but as Jonas went to visit with the giver, I was reminded of my own visitation work as a pastor. I have sat for hours with 70-, 80-, and even 90-year-old folks and just listened to them talk. So one of my favorite parts of the film is when the old man says, “I am the giver.” Jonas responds, “What does that make me?” The old man says, “Well, I guess that makes you the receiver.”

You know what our world is missing today?

We live in a culture that does not appreciate spending time with the elderly and learning from them and their experiences. If you watch the preview above, you’ll notice that the giver says to Jonas, “Those are called books.” I almost laughed out loud at that scene because we are actually fast approaching a time where that scene could become a reality. We desperately need a generation of young people who not only value the facts of history, but also those who experienced it. Jonas gains a huge amount of respect for the Giver, while the rest of the community continues to look at him with one eyebrow raised.

Praise #2: An Amazing Display of the Deception of Total Depravity

If you take a moment to watch the preview above, you’ll notice one of the most epic lines in film. The leader of the elders of the community is being question as to why the elders must suppress the feelings and consciences of the people and she responds:

When people have the freedom to choose, they choose wrong.

That moment literally gave me chills. The profundity of the statement in the context in which it was spoken was extremely powerful. Here is a woman who is in charge, and is freely making decisions, but she doesn’t realize that the truthfulness of her claim is also true of her! If it is true that people who are free to choose ultimately choose wrong, and she is free to choose, then she has ultimately chosen wrong. This fact is lost on her as it often is with all unbelievers.

The deception of total depravity is that we think everyone else is wrong, and we are right. The problem is that we are completely right about everyone else, and completely wrong about ourselves. This is what keeps us from the Gospel of Christ. This fictional notion that we are right in the face of the obvious truth and that everyone else is wrong is what keeps men from embracing the Gospel. People never state it out loud as clearly as the elder does in this film but it’s true none the less.

At this moment in the film, every believer ought to be moved in their soul to leap up and cry out to the elder, “You are choosing wrong right now!” It is a bone chilling truth that ought to drive us to look inside ourselves and consider if it applies to us as well. I suspect some watch this scene and think, “Man does not always choose wrong when free.” I watched it and thought, “You are right my dear lady…and we all need Christ because you are so right!”

You’ll also notice, in the trailer, that the people take a daily injection. This injection suppresses certain aspects of their being. One of the first things that the giver tells Jonas to do is stop taking the injections. Upon doing so, Jonas begins to see color, feel emotion, and be convicted of right and wrong. The rest of the world doesn’t understand what he’s going through and they start questioning his sanity. He no longer fits into the community.

What is so excellent about this is that, for me, it literally communicated what regeneration is like for the believer. I don’t think that’s what the author of the book or the directors of the movie were going for, but that’s what it did for me. I watched as Jonas began to be convicted about the wrongs in his world, and to experience the full beauty of everything around him. I was reminded of when I was awakened to new life in Christ and it gave me pause—Jesus Christ changed everything around me. Moving from the bland darkness of black and white to compelling truths of right, wrong, and beauty is the incredible process that all believers go through when they are made alive in Christ.

What is really powerful, if you connect the dots, is that this transformation is the result of a giver giving, and a receiver receiving. In our preaching of the Gospel, we give out the truth (like a giver). In the film, the giver remembers the last person he tried to “give” to. That individual walked away. They couldn’t take the truth. Jonas, on the other hand, is compelled, almost irresistibly, to continue to receive the truth. He comes to a point where he wants to break, but he doesn’t. If you’re a Calvinist, and I am, the movie perfectly depicts the difference between those who are chosen to receive the truth, and those who are not.

Praise #4: The Most Powerfully Relevant Pro-Life Message I Have Ever Seen on Film

I think I can safely say this film has the most powerfully relevant pro-life message available today. It gets an astounding thumbs up from LifeNews.com who did not hesitate to call it “one of the most life-affirming films of this generation.” I may not have an exhaustive knowledge of pro-life work, but I’ll tell you why I think this film warrants the praise. I have seen a lot of good Christian pro-life videos. Two of the best are The 180 Movie and Babies Are Murdered Here. However, as good as those films are, I’m not sure how relevant they would be to an unfavorable audience.

The advantage that The Giver has over these documentary style films is that it captures the truth of the matter in story form. I was literally brought to tears with both conviction and joy when this movie reached its pinnacle. I won’t tell you what happens—I’ll let you see the film for yourself. What I will tell you is that I walked out thinking, “How did Hollywood let this get through?” The message is crystal clear, and how anyone could watch it and not be convicted regarding issues of life is beyond me.

It is difficult to watch The Giver as a believer in Christ and not be peculiarly moved by some aspect of it. Whether it is the parallel between the life-transforming work of Christ and the receiver’s awakening to feelings, emotions, and colors, or the receiver’s deep convictions of moral right and wrong which compel him to stand up for what is right against all odds, the believer should be moved by this film.

No, The Giver is not a “Bible” movie. No, it’s not a Christian film per se. Still, it probably has more fundamental Biblical truths underpinning its storyline than all of the “Bible” movies released in 2014, combined. You know what’s sad? While everyone was watching atheists try, and miserably fail, to depict Noah and Moses on the silver screen, most of us missed one of the most powerfully moving films of 2014: The Giver.