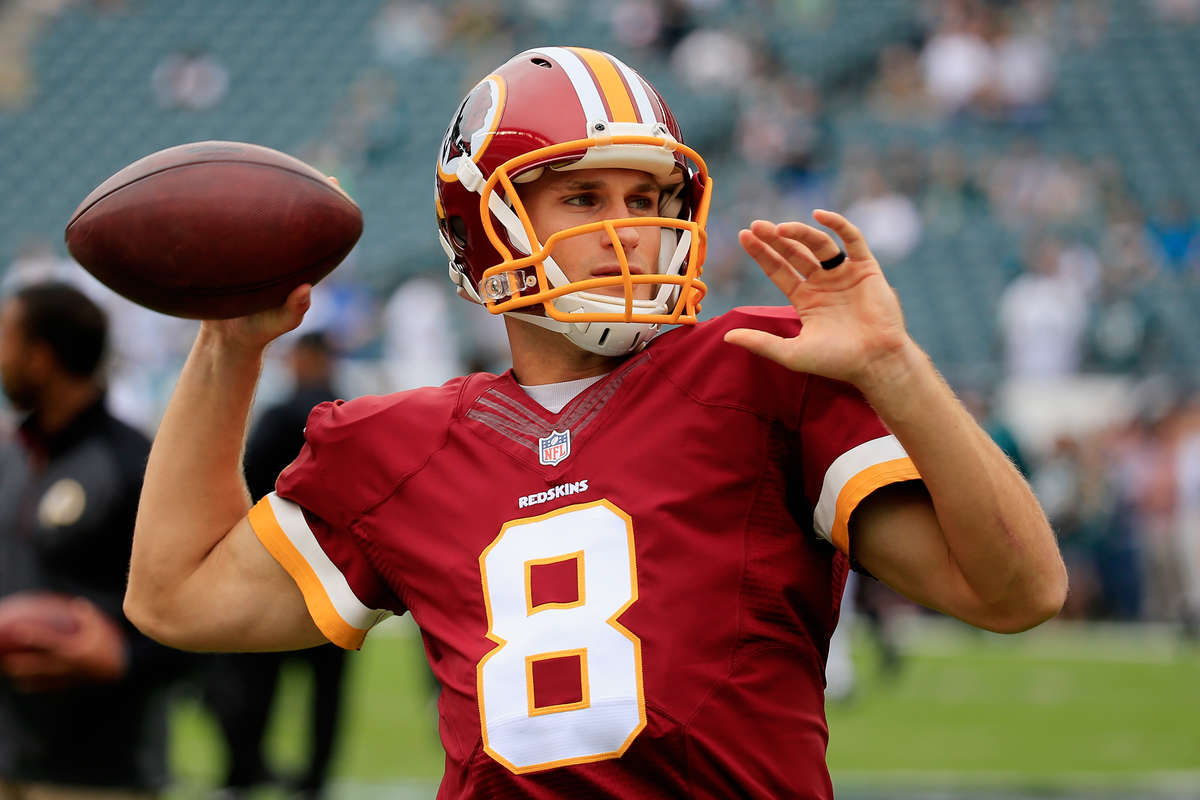 ESPN reported earlier Monday that Washington’s coaching staff had informed players that Cousins would start in the Redskins’ regular-season opener against the Miami Dolphins.

Three-time team captain, Kirk Cousins is currently considered one of the most successful quarterbacks in Michigan State University history, holding MSU records for passing yards, touchdowns, completions, and more. In addition to his success on the gridiron, Kirk was named Academic All-Big Ten four years in a row, and he was selected as the 2011 Lowe’s Senior CLASS Award winner in the NCAA Division I Football Bowl Subdivision.

In 2012, Kirk was drafted by the Washington Redskins, where he has continued to inspire on and off the field. He certainly became one to watch for all the fantasy football fans out there. The son of Don and MaryAnn Cousins, Kirk grew up in Holland, Michigan, with his siblings, Kyle and Karalyne. 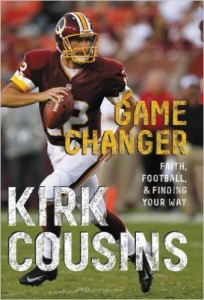 Game Changer: Faith, Football & Finding Your Way is his first book and outlines a God-led life. Cousins gives readers an inside look at his life?as experienced under the bright lights of college and professional football?and how he puts his faith and values into action, both on and off the field.

In his review of Game Changer, Peter J. Wallner states,

In the book, he often points to the guidance and wisdom of his father, Don, a minister, and Bible verses are cited throughout as anchors to his messages.

From his first season as a college starter in 2009, facing Notre Dame and throwing a late interception that effectively ended the Spartans� chances:

It�s a strange feeling to make a big mistake on national TV and then to listen to people cheering it at a deafening volume. I hated having to look my coaches and teammates in the eye. � As the final seconds ticked off, I remember thinking to myself the same words that had crossed through my mind earlier on the bus: �Whatever happens today, God is still God, and I am not.�

The appendix is a transcript of Cousins� well-received speech at the 2011 Big Ten media luncheon. A central theme of it was �privilege�:

And it�s here, in this place of privilege, where perhaps danger lies. I have been taught that human nature is such that the place of privilege most often and most naturally leads to a sense of entitlement, the notion that I deserve to be treated as special, because I am privileged.