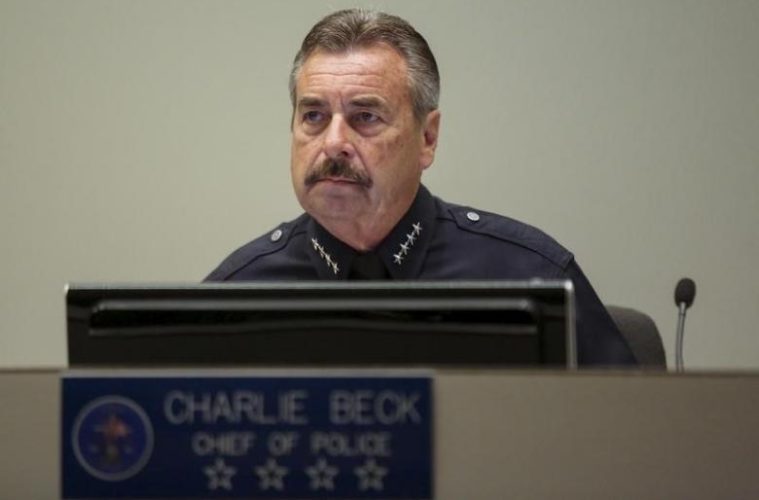 Has American Law Enforcement Become a Ship of Fools?

From what I’ve read, the term “ship of fools” is derived from Book VI of Plato’s Republic regarding a ship with a dysfunctional crew:

Imagine then a fleet or a ship in which there is a captain who is taller and stronger than any of the crew, but he is a little deaf and has a similar infirmity in sight, and his knowledge of navigation is not much better. The sailors are quarreling with one another about the steering—every one is of the opinion that he has a right to steer, though he has never learned the art of navigation and cannot tell who taught him or when he learned, and will further assert that it cannot be taught, and they are ready to cut in pieces any one who says the contrary.

A couple years ago, I predicted there would be some in law enforcement management positions who would capitulate to the unfair criticisms of those wearing badges and guns on the front lines of public safety in order to garnish political favor. Unfortunately, I have seen that come to fruition.

This morning, I watched an interview with Chief Charlie Beck of the Los Angeles Police Department about the supposed lessons he had learned from the riots in his town 25 years ago. True to form from a man who has proven himself a political survivor in a staunchly liberal environment, he decried the department’s methods back then, which he described as oriented toward making arrests. Tacking with the wind, he then lauded the efforts under his administration to become kinder and gentler through his version of “community-oriented policing.” Having dissected the events leading to the riots, like every other active cop who was on duty during the aftermath of the notorious “Rodney King incident,” I had to fight back the urge to puke.

Don’t get me wrong. The concept of “community-oriented policing” has its merits. In fact, when it was formalized and presented in writing, the ideas were consistent with what most of us considered simply good police work. Anyone with a basic understanding of successful law enforcement practices knows well that a “police state” and a democratic republic are incompatible. The only way for a free society to operate with efficiency is for the vast majority of its people to voluntarily, if not enthusiastically, obey the laws of the land. Jesus Christ entirely dismissed the notion of repentance by force:

“Then Jesus said to him, ‘Put your sword back into its place; for all those who take up the sword shall perish by the sword.’” (Matthew 26:52)

Decades ago, police and sheriff’s departments identified a basic three-pronged approach to dealing with problems in their communities. Once a situation has been properly and accurately identified, it can be 1) educated away, 2) engineered away, and/or 3) enforced away. Any law enforcement agency that fails to include all three elements into its service to the public will fail. That is why you see good departments engaged in outreach projects to educate the public about issues and embrace concepts like “Crime Prevention Through Environmental Design” (CPTED). In truth, by manipulating the design of a location, you can alter human behavior on a subconscious level to achieve desired results. But each of these factors have limitations…ergo, the necessity of a collaborative approach.Obviously, some problems lend themselves to more emphasis on one of these than the other…you’re not going to put down a riot with a public service announcement.

It’s simply delusional to dismiss the need for assertive police action and making arrests when laws are broken. And anyone, including Charlie Beck, who infers, declares, or otherwise insinuates otherwise is…at best…“a little deaf and has a similar infirmity in sight.” Perhaps, at worst, they are merely strumming the political strings for self-serving aggrandizement.