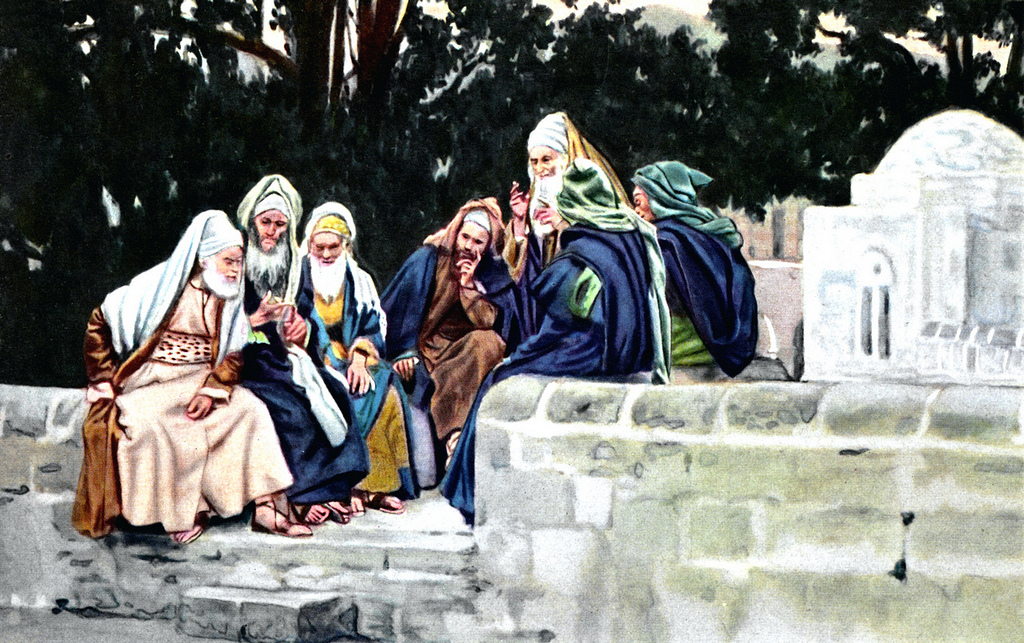 I Got the Sectarian Blues

Beloved, although I was very eager to write to you about our common salvation, I found it necessary to write appealing to you to contend for the faith that was once for all delivered to the saints.
-Jude 3 (ESV)

I find myself in an odd situation. It is somewhat similar to that expressed by Jude in the above verse. I had but a few days ago first planned on writing about another matter, one that would have been more positive in tone and I had done a great deal of preparation for, but an issue which has caused me much grief in the past kept coming to my attention. Therefore, I am constrained to write on it before anything else. The problem I must write is the issue of sectarianism.

Now my reader will likely be confused as to my line of thinking, as to how Jude 3 could apply to such matter, considering it says “contend for the faith,” which of course means one will inevitably be divisive and have to engage in controversial topics. Also, the reader may ask, “Don’t you think we must defend the true faith, denounce heresy, and instruct people in sound doctrine,” to which I would say that indeed we must do such things. I firmly believe in a strong robust orthodox Christianity and, I would dare add, the further particulars of Reformed Baptist to that mixture as well. The mark of Sectarianism lies not in striving for sound, vibrant, doctrinal correctness (which we should all work towards), or warning others of a false teacher when one finds one, but rather in the sort of Christianity that, while often quite sound in terms of mental assent of doctrine, is lacking in genuine charity, gentleness, or patience in all matters of life—as if 1 Corinthians 13 were missing from their Bibles.

Such an attitude betrays someone who appears to forget James 2:19, “You believe that God is one; you do well. Even the demons believe—and shudder!” (ESV). I have seen three examples of it which have brought me writing this article (Sectarianism takes on many forms as such I could not write them all). The first is, of course, when people do not differentiate between secondary and primary matters of faith, or are lacking in the charity befitting a Christian in discussing them. I expect most of my readers to have witnessed this type of sectarian spirit, on topics such as the extent of the atonement, tongues, principles regarding worship, and so forth. I consider all of these topics worth discussing and even debating, for I would hope for my brothers to all arrive to a conclusion that they feel best reflects biblical truth. But let all such discussions be done in a spirit of gentleness so that we may honor God, our brethren, and not bring our respective positions into dishonor by poor conduct. I think it is wise to remember the words J.C. Ryle spoke concerning the church invisible, “This is that Church, to which all visible churches on earth are servants and handmaidens. Whether they are Episcopalian, Independent, or Presbyterian, they all serve the interests of the one true Church. They are the scaffolding, behind which the great building is carried on. They are the husk, under which the living kernel grows. They have their various degrees of usefulness. The best and worthiest of them is that which trains up most members for Christ’s true Church. But no visible church has any right to say, “We are the only True Church. We are the men, and wisdom shall die with us.” No visible Church should ever dare to say, “We shall stand for ever. The gates of hell shall not prevail against me.” (Holiness, pg. 308)

Before I bring up the second example, I must make a prefatory remark, I do not claim that organizations such as The Gospel Coalition or famous pastors are to be above criticism when needed, as it is often repeated, “we do not have Popes.” However, I have noticed a disturbing trend among some, that almost makes me think there is a passage indicating believers can gain extra special eternal rewards by alerting the polemic brigade every time TGC forgets a comma, or at the slightest hint of scandal, even when no evidence that proves guilt can be found—like sharks smelling blood we should descend into a frenzy. I cannot help but observe standards that not only would they not apply to themselves, but given the failings of many great men in church history, or the slanderous accusations leveled against many greats in history, they could not use those standards elsewhere! I must ask my reader, tell me what can justify such behavior among believers? Away with such actions my brothers and sisters for do we not know that we will be held accountable for unjust balances or spreading rumors? All I can say further on this point is that I no longer have trouble believing that men who bore the name Christian opposed such people as George Whitefield and others like him.

Thirdly, I will bring up the regrettable treatment that those young people who upon getting a taste of sound doctrine after knowing only the superficial evangelicalism in the US and elsewhere in the West, instead of receiving warm kindly instruction from those from more established church backgrounds, have often received rebuke. I ask pardon for getting very specific in refereeing to incidents in my tradition, but the New versus Old Calvinism situation I must mention and I hope readers from other traditions might be able to find applicable principles for themselves. The trouble being that it is simply a generation largely unaware of the broader Reformed tradition because of a lack of instruction and so, of course, they stumble around a bit trying to find their way around. I went through such a process (and still am, I confess) and like many I had to find instruction in that tradition through print or electronic media. Regrettably, I never had someone raised in the tradition I embraced to guide me along, and as such I made many mistakes, or it took longer for me to grasp certain concepts. I would have loved to know someone a part of the “Old Calvinism,” and I suspect my story is not unique. Unfortunately, once again, I notice a partisan spirit among some of the “Old” against the “New.” I ask my readers of other traditions, have you come across such a phenomenon as a New versus Old, of the likes I described? And can it not simply be a lack of discipleship in a number of cases? If I may attempt a somewhat generalized summation of this, I do not think there is really a difference between the young, restless, Reformed crowd and the simply Reformed crowd, but simply a group of once young people interested in the Reformed tradition that were not taught by older brothers in Christ to find their rest in Christ.

I conclude now with this. It is my hope that if some brother or sister guilty of engaging in such blatant sectarian activities reads this, they may repent of it for like many I went through a sectarian period and know it is a miserable place to be. It chokes one’s heart of the love we are to have for the brethren as taught in Scripture. And to my readers who try to avoid such things, I offer kindly caution, because the moment we think we could never do such a sin as “X,” we might well find ourselves falling into it. Let us have the wisdom to remind ourselves whether we are dealing with a Tetzel who must be publicly denounced for the sake of others, and when we are dealing with a brother simply in error who must be rebuked with charity for their edification.

May the God of Grace and Peace go with you. Amen.