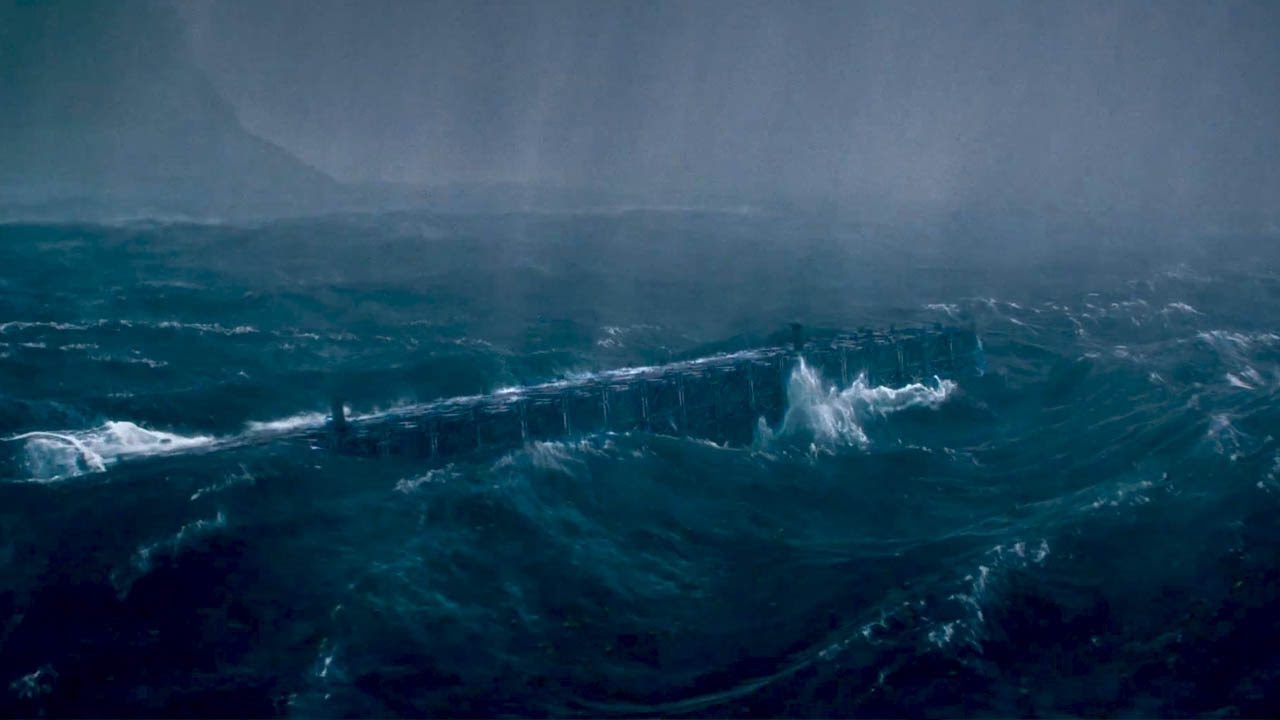 3. The Fury of God: Sorrow and Love Flow Mingled Down

God’s Grief and Love in Balance

Did you grow up singing hymns or choruses?

I was blessed to be brought up in a church that did a good job of balancing both hymns and choruses. I’m kind of an oddball when it comes to worship music. I like to listen modern worship songs as much as I like to listen to the old hymns of the faith. I have, on numerous occasions, begun writing a sermon to a classic hymn like A Mighty Fortress is Our God and finished the sermon listening to Skillet or Andy Mineo.

Very few songs successfully make the journey from classic hymn to contemporary worship. One song, however, that has made that transition is the classic hymn When I Survey the Wondrous Cross, written in the 1700s by Isaac Watts. It has been done and redone by numerous artists. There is one stanza in that song that I want to zero in on this week,

See, from his head, his hands, his feet
Sorrow and love flow mingled down,
Did e’re such love and sorrow meet
Or thorns compose so rich a crown?

This hymn beautifully captures the essence of both God’s love and his sorrow in the image of the blood of Christ as it streams down his head, his hands, and his feet. Certainly, we can understand the love of God depicted on the cross. However, what is this sorrow about? Why is there sorrow? Is it merely the sorrow of physical pain as he hangs from the cross and his blood is spilt? That’s possible, but I think it goes much deeper than that.

How Does God Feel About the World?

When we come to Genesis, Chapter 6, we are confronted with a somewhat controversial idea. If I were to ask most Christians, How does God feel about the world?, they would intuitively say, “God loves the world.” They would be recalling the famous verse in John 3:16 which says, “For God so love the world…” Yet, when we open up to Genesis 6:5-6 we find that, so far from “loving” the world, God is grieved by the world.

The Lord saw that the wickedness of man was great in the earth, and that every intention of the thoughts of his heart was only evil continually. And the Lord was sorry that he had made man on the earth, and it grieved him to his heart.

In the book, The Fury of God, I go to great pains to demonstrate that the church needs to adjust its understanding of how God “feels” about mankind. In Noah’s day, the Bible tells us that God was grieved by mankind because of the depravity of their hearts. Yes, John 3:16 says that God, “loved the world.” However, when we properly understand John’s use of the Greek word agape (sacrificial love) in conjunction with the word houtos (demonstrates, in this manner) we realize that John is not talking about how God feels, but what God did.

This creates a bit of a conundrum because we have to balance this reality that the action (sending Christ to die) toward mankind does not seem to correspond to the feeling (grieved by sin) God has toward mankind. Herein lies the magnificent beauty of both the cross and Isaac Watts’ 300 year old hymn: God is grieved (feeling) by our sin, and yet he sends his Son to die (action). I write in the book:

In short, God can be grieved by the world and still agape love the world by sending His Son… He moves not to rescue sinners He has affection for, but instead sacrifices His Son to eradicate in the sinner what he does not have affection for. The cross was not motivated out of a sense of love for what we are, but what we could be only by His grace. Made holy, made right… God can properly phileo love us now that we’ve been separated from that which He inherently hates.

When Isaac Watts writes, “Sorrow and love flow mingled down,” I think he has these two realities in mind. As the blood of Christ is spilt, his sorrow and his grief over the sins of mankind is made most manifest. At that very same moment, the blood is also demonstrative of the loving act which perfectly atones for the sin that grieves him. Indeed, we can sing with Watts, “Did e’re such love and sorrow meet, or thorns compose so rich a crown?”

The Gospel and Noah’s Ark

In all honesty, the story of Noah and the Ark is pretty messed up. It was never meant to be a pretty story. It’s a frightening account of a God who is fed up with people dishonoring and disregarding their creator. It’s a vivid and horrifying depiction of how serious God takes our sin. Sadly, the way many Sunday school curricula present this account misses the Gospel altogether.

Oftentimes when teaching about Noah’s flood, we focus in on interesting, but inconsequential, aspects of the story. We’ll talk about how big the ark was, how many animals fit on the ark, how hard it was to close the door, and how many days they were on the ark. After exhausting these subjects, we inevitably jump to Genesis 9 and talk about the rainbow.

There is one aspect of this story that rarely, if ever, gets the limelight. For me, it’s the most important part of the story. It’s found in Genesis 8, just as Noah and his family have come off the ark.

Then Noah built an altar to the Lord, and took of every clean animal and of every clean bird, and offered burnt offerings on the altar.
-Genesis 8:20

Did it ever bother you that the first thing Noah does, after all the animals and humans have been completely eradicated by a worldwide flood, is make a sacrifice? It seems a little odd doesn’t it? What is even more strange is God’s response to this animal sacrifice:

And the Lord smelled a soothing aroma. Then the Lord said in His heart, “I will never again curse the ground for man’s sake, although the imagination of man’s heart is evil from his youth; nor will I again destroy every living thing as I have done.”
–Genesis 8:21

God hates our sin. It grieves him deeply. Even after the entire earth has been drowned in a worldwide flood God is still not quite satisfied. Our sin grieves him that much. Noah and his family remain and their sin is still before him. When Noah makes this sacrifice we come face-to-face with a God who loves righteousness. He loves perfection. He loves when things are made right. At this moment, things are right.

From the perspective of many, this scene isn’t “right” at all. It’s horrifying. It’s disgusting. It’s appalling to think of a God this horrendous. I write in my book:

So many will read this and they will say, “How could God be so horrible?” but to those who understand the Gospel they will say, “Look at the horror of the consequences of sin.” What is horrific here is the high cost of sin that we so flippantly ignore.

It is here, in this sacrifice, that we see “sorrow and love flow mingled down.” All around Noah is the death and decay which resulted from the wages of sin. Yet Noah is still present only because a gracious and loving God decided to accept a sacrifice on his behalf. The Gospel shines it’s brightest when contrasted with the horrifying affects of sin and death.