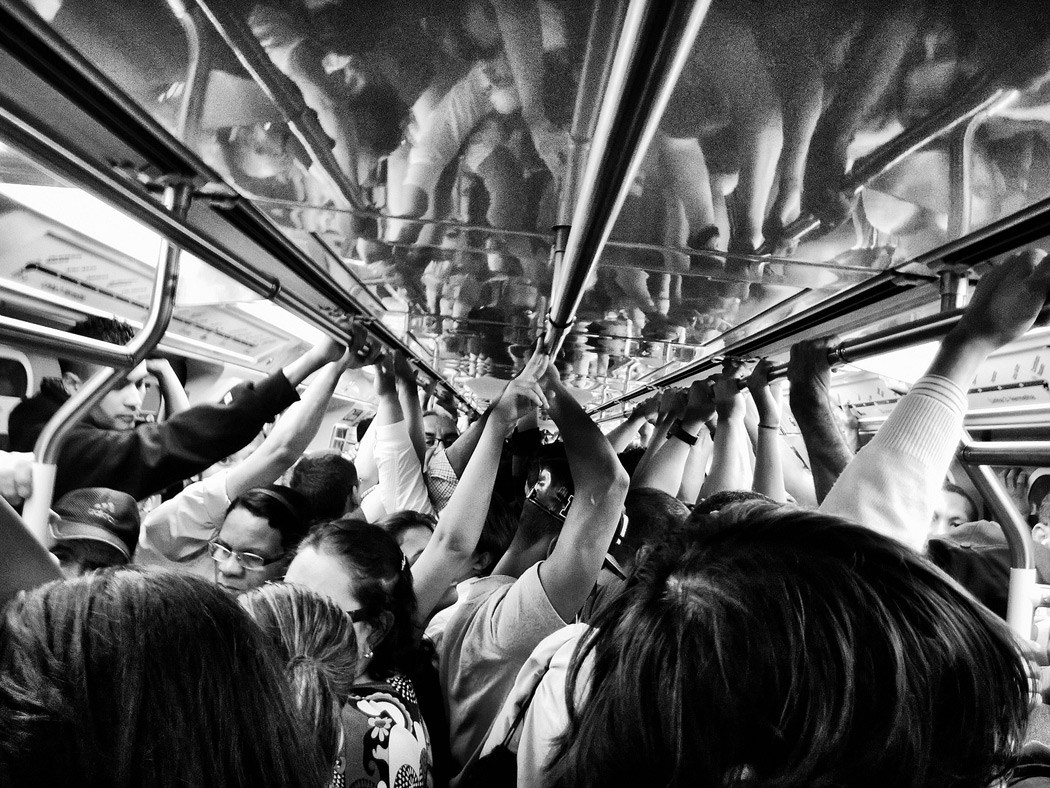 Historically, the Orthodox Church has maintained that Jesus Christ and God the Father are one and the same. Without getting too nuanced here the church has typically held that the Father and the Son are one in essence and two in persons. The Nicene Creed states regarding Christ,

Jesus Christ [is] the only-begotten of Son of God, begotten of the Father before all worlds; God of God, Light of Light, very God of very God, begotten, not made, being of one substance with the Father, by whom all things were made.

One of the striking differences between God the Father and God the Son in Scripture has to do with how they react toward sin. As I demonstrated in my last post there were certainly times during Jesus’ earthly ministry when it appears as though he got angry. Still, when we compare the Jesus of the Gospels to the God of the Old Testament it certainly appears as though he’s a lot more patient with sinners. Saying that Jesus is ‘more patient’ with sinners than the Father suggests that there are differences within the Triune Godhead. We should expect, rather, to see Jesus reacting toward people in the New Testament just like God the Father reacted in the Old Testament.

Why Jesus Didn’t Kill Anyone

I list a number of reasons in my book as to why Jesus never killed anyone. First, we have to remember that Jesus Christ only walked the earth for a little over 30 years. When comparing the Jesus of the Gospels to the God of the Old Testament we have to keep things in perspective. The Old Testament covers a time span of anywhere to six thousand to ten thousand years. When we measure the number of times God actually kills people against that massive time frame, his severity seems to diminish.

Another way to make sure we’re comparing apples to apples is to sit down and segment those six thousand years into thirty year segments. Then, figure out how many thirty year segments passed by where God never injured a single person. I haven’t done the math on this but I think a cursory understanding of the Scriptures timeline would make it quite evident that the vast majority of those thirty year segments were “kill free” segments.

Another reason that Jesus didn’t kill anyone is actually explicitly given to us by Jesus Christ himself,

And if anyone hears my words and does not believe, I do not judge him; for I did not come to judge the world but to save the world.
–John 12:47

So Jesus explicitly states that in his First Coming he had no intentions of bringing judgment. His purpose in his first visit to planet earth was to be the spotless Lamb of God who, being slain, could take away the sins of the world. However, we must not be quick to assume that Jesus is the “non-judgmental” person of the Trinity. Jesus also reminded his hearers that a time is coming when he will judge,

For as the Father has life in Himself, so he has granted the Son to have life in Himself, and has given Him authority to execute judgment also, because He is the Son of Man… As I hear, I judge; and my judgment is righteous, because I do not seek my own will but the will of the Father who sent me. -John5:26-30

Worthy Is the Lamb!

One of the most Christ glorifying passages in all of Scripture comes in Revelation 5. John, the author, has been taken up to heaven in a glorious vision. John looks up and sees “he who sits on the throne” holding a scroll. John begins to weep because no one in the whole universe is able to open the scroll. Then, in a glorious moment, one of the elders taps him on the shoulder and says,

Do not weep. Behold, the Lion of the tribe of Judah, the Root of David, has prevailed to open the scroll and to loose its seven seals.
–Revelation 5:5

The rest of this chapter inaugurates a new song that is song from the heavens above to the earth below by all creation. What is that song? Worthy is the Lamb who was slain!

Yes! But worthy to do what exactly? “You are worthy to take the scroll and open its seals; For you were slain.” Jesus Christ is the Lion of Judah! YES! He’s the Lamb Slain! Yes he is worthy!

What’s in that Scroll?

While Revelation, Chapter Five, gives us a glorious image of Jesus Christ, our triumphant King and Savior, it also sets up some of the most horrific events described in Scripture. That scroll that Jesus alone was worthy to open unleashes the seven seal judgments. Those seven seals include what are often known as the Four Horsemen of the Apocalypse. That’s not all, the last of these seven seals reveals the seven trumpet judgements. In like manner, the seventh trumpet reveals the seven bowl judgments.

If taken literally, we can actually make a rough rough estimate as to how many people die as a result of these judgments. Using the current world population of 7 billion people, I figure that we can account for the deaths of roughly 3.8 billion from the opening of the first seal to the close of the last trumpet. That’s only half of the judgments described in Revelation.

Not only that, Jesus is described in Revelation 19 as the rider on a white horse who “treads the winepress of the wrath of God.” After all these judgments notice what it says of Jesus Christ,

And I saw the beast, the kings of the earth, and their armies, gathered together to make war against Him who sat on the horse and against His army. Then the beast was captured, and with him the false prophet who worked signs in his presence, by which he deceived those who received the mark of the beast and those who worshiped his image. These two were cast alive into the lake of fire burning with brimstone. And the rest were killed with the sword which proceeded from the mouth of Him who sat on the horse. And all the birds were filled with their flesh.
–Revelation 19:20, 21

After all the destruction already described in Revelation, we come to the apex of history and Jesus Christ our King goes to war against all the kings of the earth and he kills them with a sword that proceeds from His mouth.

When we consider the book of Revelation alongside the Gospels, we actually find that Jesus is a spitting image of his heavenly Father. He is, by and large, a loving Father. However, much like his Father, he hates sin and those who practice it. While he was not here to judge the earth in his First Coming, he will most certainly be ready to judge at his Second Coming.

Fellow believers, we need to get our view of Jesus Christ and God the Father back into balance. Yes, God is love. No one is denying that. However, God is also Holy. He abhors sin and is obligated by his very nature to punish it. We must not take his love for granted and pretend that he has somehow ceased to be holy.

Frankly, I don’t want the teddy bear Jesus that the modern evangelical machine is peddling. I can’t take him seriously. He’s kind of a joke. When I look at the Jesus of Revelation, I get seriously pumped up! That Jesus, the Jesus of Scripture, is a triumphant King! Yes, he’s the Lamb slain, but he’s coming back. He will go to war with the kings of all the nations and he will slaughter them all! It excites me to know, with certainty, that I’m fighting on the winning team. Jesus isn’t a sissy. He’s not a pushover. He’s “Very God of Very God” and he is not to be trifled with.