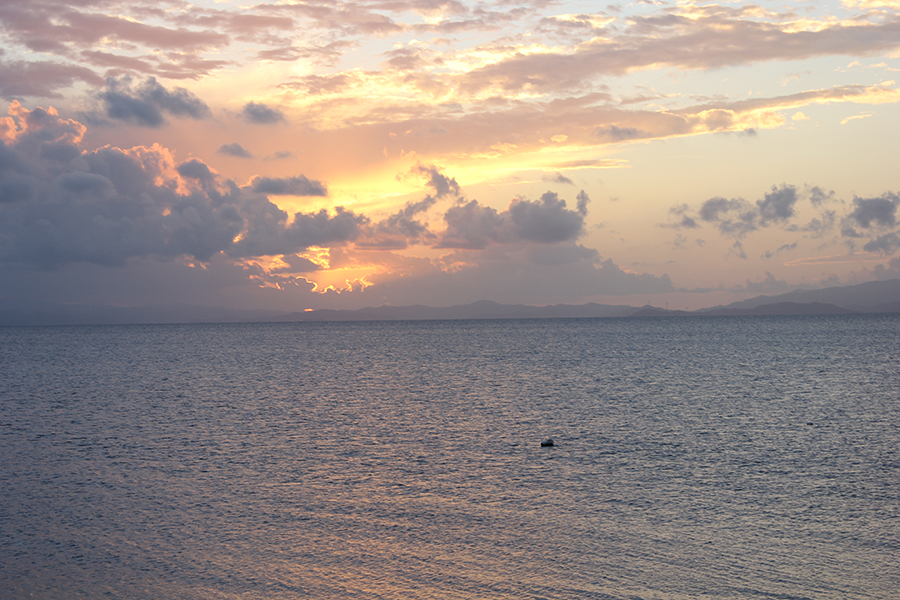 “Let this be recorded for a generation to come, so that a people yet to be created may praise the Lord.”
–Psalm 102:18

One of the main objections Millennials have to the church is that it is too politically enmeshed. They have a difficult time separating our God from our political positions and posturing. From what I can see in this election year, so do many others.

Maybe it’s time to look closer at Jesus without the veil of Christian culture. What does the unveiled Jesus have to say about our political wranglings? We get a hint in an unlikely place—one of the first encounters with him—Jesus’ baptism.

“Wrapped now in flesh, the God who once hovered over the waters was plunged beneath them at the hands of a wild-eyed wilderness preacher” (Rachel Held Evans).

But Jesus said, “It should be done, for we must carry out all that God requires.” So John agreed to baptize him. After his baptism, as Jesus came up out of the water, the heavens were opened and he saw the Spirit of God descending like a dove and settling on him. And a voice from heaven said, “This is my dearly loved Son, who brings me great joy.”

Jesus, do you think you’re who they say you are?

This is a pretty whiz-bang way to make your first public appearance. The clouds open up and James Earl Jones’ voice booms out of heaven. He labels you pretty clearly—God’s son. Well okay then. There really should be no more questions.

Jesus could take his special effects show and make bank on it. He could have an instant platform and thousands of followers on Twitter. He could get his own reality show. He could talk world domination. He could do…all the things the devil is about to tempt him to do out in the wilderness just after this. Exert his power. Use his position. Make it big and splashy and all about him.

But he does not.

John knows who he is. He offers to give Jesus his rightful place. He cannot fathom that Jesus would not want to step into the limelight, nor that he would want to step down toward submission and anonymity.

It’s the first thing people who encounter Jesus see. A man who will defeat Satan’s temptations and has been announced to the world by God Himself, but he calmly walks into the water like he is ambling up to a stoplight and obeying the “walk” sign. As if he is anyone in the crowd of people who need this obedience like they need bread in a famine.

He doesn’t need it, but he chooses it, and in choosing, he says to the people watching him for maybe the first time, “I am here to restore the order of things, and though I could be your Almighty God I choose to be your companion on his journey. I’m starting something new. Come with me.”

Jesus’ first statement before the world was that he could choose power and glory—but he will not.

Though he was God,
he did not think of equality with God
as something to cling to.
Instead, he gave up his divine privileges;
he took the humble position of a slave
and was born as a human being.
When he appeared in human form,
he humbled himself in obedience to God
and died a criminal’s death on a cross.
Philippians 2:6-8

We are quick to choose the power and glory. That shouldn’t be surprising, since it’s the choice first made in that fate-filled garden. But can’t you love a Savior who chooses humility instead, at a time when the power stakes are at their highest?

We’re told, in this world where Jesus is no longer considered chic, that even His followers have to choose power and glory if we want to have an impact. It doesn’t seem to work like they insist it will. Perhaps the way of Jesus is more relevant than we realize. It’s relevant to meet anger with humility. It’s incredibly relevant to take the road of quiet obedience rather than offer sound-bites on our position.

There is a history that backs up the objection that the church has become too political.

“In the days of Christian America, religious leaders were often better at cursing the darkness than lighting a candle. They became known for what they were against instead of suggesting alternatives that represent what they were for. This seems to be one of the most critical mistakes to date that Christians have made when attempting to be countercultural” (Gabe Lyons).

Millennials increasingly do not want to be known for what they’re against but what they’re for. The church is much better at the former than the latter. What if we chose to become better at displaying what we are for? What if we began with being for humility and sacrifice? What if we intentionally worked to be like a Jesus who chose to eschew power in favor of getting into the water and identifying with the sinners and the needy?