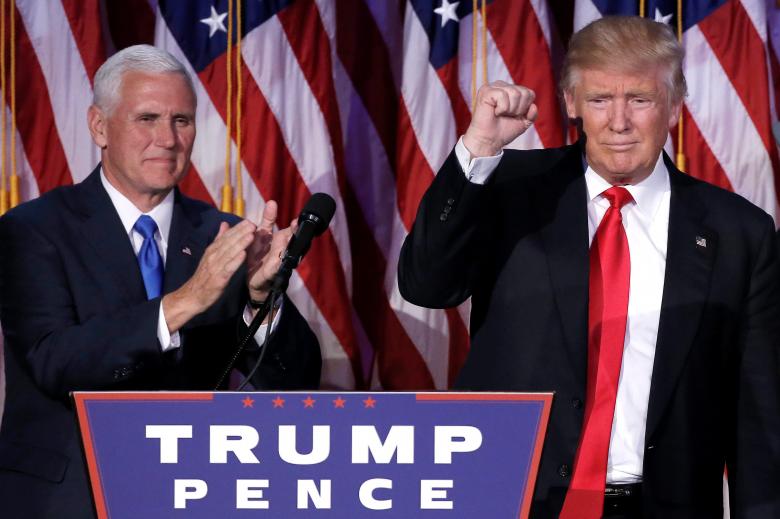 Let’s get a few things out of the way. First, I did not vote for Hillary Clinton. Second, I did not vote for Donald Trump. I begin with those remarks because I want the reader to know that I didn’t have a dog in this fight. Regardless of who won, I was of the opinion that America had already lost.

As a passionately pro-life conservative who voted third party, I can actually relate to both sides of the political spectrum right now. On the one hand, while you won’t see me weeping in the streets in the fetal position surrounded by burning flags, I do resonate a bit with those on the left. Similarly, while you won’t see me gloating over Trump’s victory, or putting out pity-laced calls for unity, I can relate to the feelings of excitement on the right.

Weep With Those Who Weep

I have seen the pathetic videos of liberal leftists weeping over Donald Trump’s victory. I have heard the calls for California to secede and leave the union. If I were honest, and I am, I would say good riddance to these folks if they were to leave. Still, I do relate to the feelings of sadness and disappointment in whom our country has just elected as its next leader.

Certainly, my reasons will be altogether different than those on the left. While Trump supporters are giddy over victory, one wonders if the win was worth the sacrifice. President-Elect Trump has four years in the oval office to prove me wrong, and I hope he does. Still, as a conservative Christian who was hoping for liberty, I see nothing but a Republican version of tyranny ahead. Certainly, at the outset, this will benefit conservatives. We’ll “get our way” on a lot of issues. If Trump does anything less than wield his new-found position, coupled with a favorable House and Senate, to make sweeping changes I would be disappointed.

Still, As those on the right lamented Barack Obama’s sweeping overreach of the Oval Office, so too the liberal left is concerned that Trump will do the same. You see, as a Libertarian leaning conservative, I simply don’t want the government to have the power in the first place. Leading up to the election, my conservative friends, in a well-meaning reach for the power to do good, encouraged me, nay, begged me, to vote for the lesser of two evils.

The greatest evil in the 2016 election was not Hillary Clinton or Donald Trump. The greatest evil was buying into the notion that our president ought to use the force of government to make the world the way we want it to be. As an indictment against Evangelical Christians, we traded our scruples en masse for the sweet smell of victory, hoping it would produce what only repentance and revival can truly accomplish.

So I lament with the liberals as I look ahead to where our country is headed. It may seem like a bright and beautiful horizon is ahead for conservatism. Sadly, I suspect that the ensuing backlash from the liberal left will be infinitely worse than any progress the next four years may yield. As the power of the presidency increases, and conservatives (ironically) celebrate that power, it grows ever larger awaiting a tyrant to seize it and to oppress a once free country. Republicans may have won a battle, but hope for victory in the war against tyranny, which this nation was birthed out of, slips further and further away from “we the people.”

Rejoice With Those Who Rejoice

Just before midnight on November 8, I messaged a friend who had urged me to vote Trump and said, “Honestly, I hope Trump wins.” At that point, all the districts were reporting in my county. A measly 199 people had voted for Darrel Castle. My wife and I were two of them. Donald Trump was handily winning county after county in Pennsylvania and the prospect of him winning was beginning to settle in. At that point I thought, “I really don’t want Hillary Clinton to be our next President.”

While I had cast my vote for limited government, and against the two party stranglehold that Democrats and Republicans have on this nation, it was clear there was a better candidate. Was Donald Trump more trustworthy than Hillary Clinton? Certainly not. Did Donald Trump have a better moral track record? Not in the least. Still, while Trump could not be trusted, he was saying the right things. There was a glimmer of hope that he might do what he has said he would do. It is that glimmer that even I could begin to see. However dim, I could see it as the night wore on.

It was that glimmer of hope that I think my brothers and sisters in Christ were so vehement about. However dim that light was, it shimmered against the horrifying backdrop of a Hillary Clinton presidency which was clearly hell-bent on policies and practices that would, at least to any conservative, lead this country into an abyss we may never have recovered from.

There’s no telling, now, what a Hillary Clinton presidency would have meant for this nation. Still, as a conservative, I can rejoice that while a man I wholeheartedly opposed has won, a woman I despised all the more has lost. For that, I am grateful. Further, I rejoice that conservatism has not only grasped the highest office in the land, but it has seized the other branches as well with its wins in the House and the Senate.

This election cycle has been grueling. It has left most…yes MOST…with a feeling of dissatisfaction in the pit of their stomachs.

I’m glad we have a growing electorate that is dissatisfied with government. As a good Libertarian leaning conservative I rejoice when the electorate distrusts its government. It leads, inevitably, to more liberty and less tyranny.

As a Libertarian leaning, third party voting, conservative Christian, I yet have much work to do.