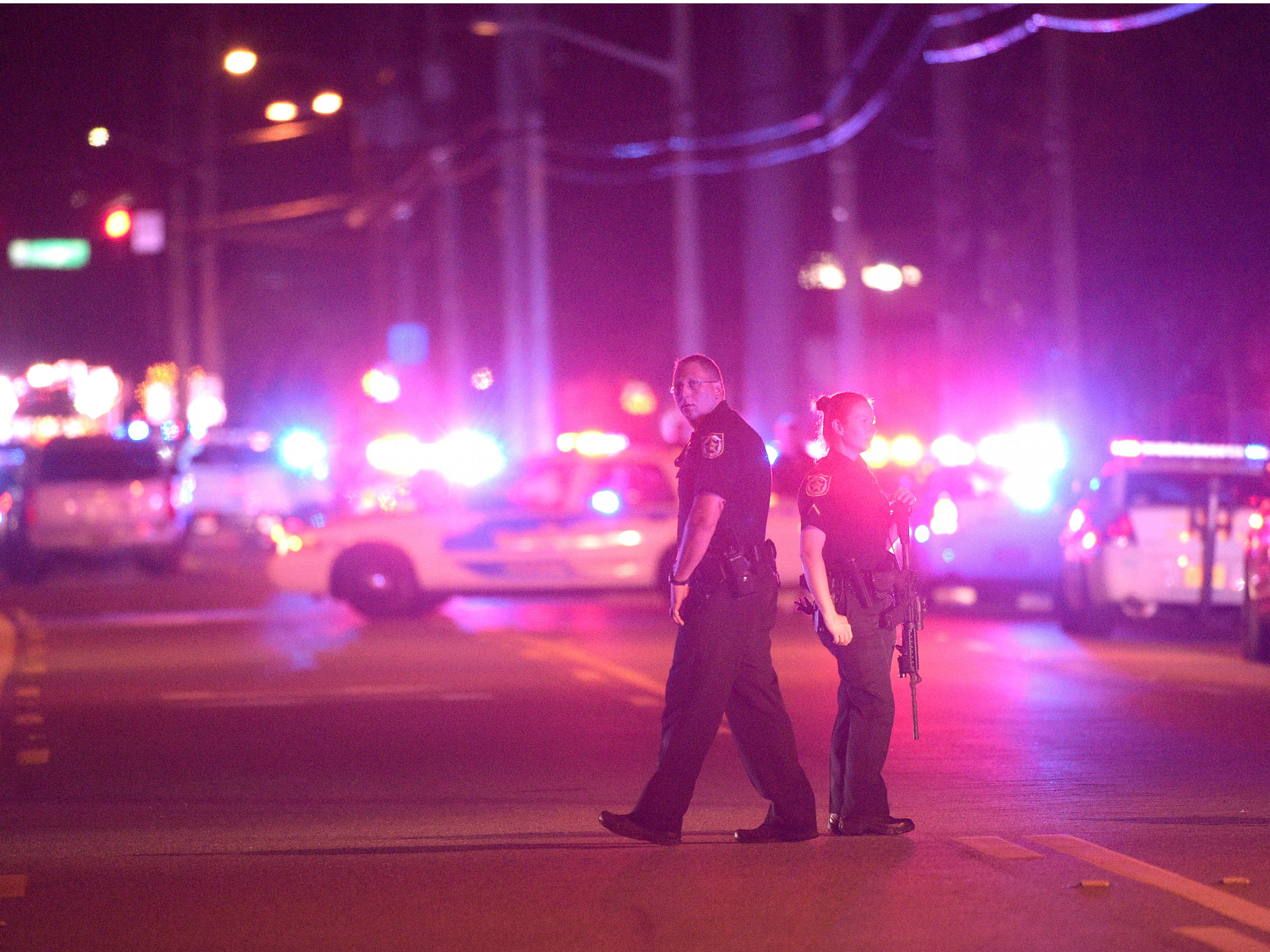 Orlando and Warped Views of Humanity, Morality, and Justice

Early Sunday morning, Omar Mateen, who had pledged allegiance to ISIS, opened gunfire in a gay nightclub in Orlando, Florida. Killing 49 and injuring more than 50 others, Mateen perpetrated the most deadly terror attack on U.S. soil since 9/11.

Before I begin analyzing the commentary that has followed the Orlando shooting, I want to stop and say that my prayers are with the friends and families of the victims of this shockingly tragic event. Regardless of religious or sexual orientation, as a believer in Christ, I recognize the horrific and unjust nature of this event and abhor the willful taking of that precious imago dei which rests upon each and every human being from conception.

A Warped View of Humanity

Mere hours after the shooting had occurred, pundits and politicians on the right, the left, and in between began firing out their commentary. President Obama blamed guns. Republican Presidential hopeful Donald Trump took aim at radical Islam. Still others targeted all “hatred” and “violence” in general.

As sorry attempts were made and a placing of blame and empty solutions were put forth, I began to wonder if we really understood what is wrong in America. Some people believe the problem in America is guns, gun ownership, type of gun, or ability to purchase a gun. Others believe religion is to blame. Radical Islam, the Islamic State, ISIS are all to blame. Still others believe the problem is the often stated but rarely defined “hate.” If only we could rid ourselves of guns, religion, and hate all this would go away…wouldn’t it?

Sadly, the answer to that question is, No. So why do people so quickly turn to guns, religion, or hate when something like this happens? Simply because, in American society, we rarely ever admit that the problem isn’t with the object, the philosophy, or the emotion. For Americans, it is strangely difficult to admit that the problem is inherent to the person.

But isn’t the problem glaringly obvious? If it is, why are we so quick to target the object the person used, or the philosophy he embraced, or the emotion which may, or may not, have been underlying his action? I think if Americans were honest, on the whole, we don’t believe mankind is evil. We think man is, on some level, inherently good and well-meaning. We have a warped view of man that says, on the average, mankind is good. This warped underlying assumption of the goodness of humanity leads us to misdirect our solutions as well as the blame. Ultimately, this warped view of humanity leads to a warped view of morality.

A Warped View of Morality

If you listen intently to all sides of the conversation, you’ll notice that the solutions being put forth are not solutions that are really geared to the actual problem. Let’s take gun control laws as an example. Is restricting access to guns the best way to prevent someone from killing 49 people in a public place? I’ll admit it may make it a bit more difficult for this person to accomplish his goal, but it will make him no less intent on doing it. Further, such a restriction has the unintended consequence of making it more difficult for law-abiding citizens to act in self-defense when this happens.

This leads me to a correlation I see between the general assumption that mankind is good (or okay) and our warped view of morality. Our society has deemed guns as “bad,” religion as “bad,” hatred as “bad,” and the taking of any life as “bad.” We have done this over time as we have castigated the gun rather than the shooter, attacked the religion rather than the confused believer, shunned the emotion rather than the one who acted from the emotion, and confused the loss of innocent life with the loss of any life. If we begin to evaluate these societal “bads,” we begin to realize that they are more to blame than the things they are blaming.

I’m sure that in the wake of a tragedy as heartbreaking as the one in Orlando many will be quick to say, “YES!” However, if we’re honest we know the answer is, “No.” Inanimate objects do not act out of any sense of morality. As Dave Ramsey puts it, bricks can be used to break windows, or build orphanages. Similarly, guns can be used to perpetrate the most heinous acts of violence, or provide food for a starving family. A gun can be used to terrorize a gay night club, or to stop a terrorist looking to terrorize a nightclub.

The truth is that guns are tools. However, when we as a society deem guns as morally bad and make them difficult to obtain, we actually strip the very tool that could be used for good out of the hands of those who would seek to do good. What is weird is that our warped sense of morality makes us think by not having a gun we are somehow being “good.”

Meanwhile, those who seek to do evil will continue to try to lay hold of the tool to act evil. Sadly, those who would use the tool for good, thinking they are already being good by obtaining the “bad” tool, become infinitely more vulnerable to the evil. As a society we have opened the door to mass violence as those who may act decently, and who would respond courageously, are stripped of the only tool that could perpetrate as great an act of heroism as the terrorist’s act of evil.

I’m probably going to get in a bit of trouble with this one. Our society loves to blame religion. Those on the right love to blame Islam and those on the left love to blame Christianity. If we’re not blaming religion, we’re blaming “extremism” which, if we’re honest, is just our way of saying, “those who actually believe these religions.” Sadly, both the left and the right miss the fact that the overarching theme of most religions’ belief is moral good. Certainly, there are aspects of all religions that can be skewed to teach wicked things, but the vast majority of those who hold to religious beliefs hold that their religion gives them a sense of purpose, meaning, and morality.

Is that bad? As a Bible-believing Christian, I might argue that one’s religious belief is bad because it is at odds with Scripture, but the underlying notion that man has meaning, purpose, and is morally responsible is actually a biblical idea. By rejecting this for materialistic humanism we are left with a meaningless, purposeless, and morally irresponsible existence. The end result is a focus on self-satisfaction and self-preservation.

Is that good? When all religion is stripped away, where is the reason and rationale for protecting my neighbor? Where is the justification for acts of courage and heroism? Materialistic humanism can try to establish a meaningful set of things we ought not to do, but it proves wildly inadequate at providing a reason for things we ought to do for one another.

Somehow, amidst the moral vacuum that exists in the United States, we have found a place for the notion that hatred of any kind is bad. One of the resounding messages that bombarded Twitter after the shooting was, “Stop the hate.” Nobody stopped for a single second to ask the question, “Should I not hate this act of violence and the one who perpetrated it?” Can we just stop for a moment and get this right.

Hatred is an attribute of God and, properly understood and applied, is a good thing.

I know there are some who will dodge this with every fiber of their being, but the reality is that if we don’t hate acts of violence like the one we saw in Orlando, or the one we saw on 9/11, our morality is warped. I will go one step further and say that the only people who are properly suited for stopping these acts of violence are those who hate them.

Unfortunately, we’ve been told that all hate is bad. We’ve been told this in seemingly good,
Bible-believing churches. It is not true. Yes, there is a case to be made for not taking revenge and loving your neighbor, but there is also a place for justice, standing for what’s right, and defending good against evil. When we believe that hatred is bad, we believe that having a strong negative emotion that results in swift and appropriate action is also wrong. This, again, strips the courageous, the hero among from acting on very appropriate feelings of hatred and disgust toward truly evil actions.

4. Is Violence and Taking Life Bad?

This leads me to the last societal “bad.” We have rightly valued life and mourned the loss of life in the Orlando shooting. However, there is a bit of moral overreach when we begin to suggest that any and all acts of violence are bad. On the face of it you may think I’m overstepping at this point, but bear with me. Are all acts of violence bad?

Consider, for a moment, the valiant heroes over the ages who have risen up and through considerable acts of violence have put an end to greater violence. We could cite World War II as exhibit A. Should America not have engaged in violence? Surely, when we stop and think about it, we recognize that violence can and sometimes must be used to stop evil. Surely, we can see that even the taking of a life for the protection of great life is, at times, both necessary and good.

Again, sadly, our society has given birth to a world where a courageous man or woman might take an appropriate act of violence to stop a greater act of violence, and told them that they would be just as wrong to do so. All of this leads to a warped sense of justice and injustice.

A Warped View of Justice

In the Old Testament, God commended and encouraged a love of justice and a hatred of evil. In the book of Amos, God calls on the people to love good and hate evil which would establish justice. In Micah 3:2, God reprimands the people for hating good and loving evil. Here is the problem in our society: We have loved evil and hated good.

No, we haven’t done it explicitly, but rather implicitly. We have shown by our restrictions on guns that we do not want heroes to stand and fight. We have shown with our NOH8 campaigns that we never want good to stand against evil. We have proclaimed from the rooftops that morality is relative and truth is not absolute. In so doing, we have told those who stand for what is right, and those who would fight for what is good, to stand down.

America has embraced injustice by loving what it ought to hate, and hating what it ought to love. It is reaping, and will continue to reap, the net result of that decision. The only way to turn this around is not by regulating guns or profiling Muslims, but by falling in love with righteousness, and developing a healthy hatred of that which is evil, and a love for that which is good.