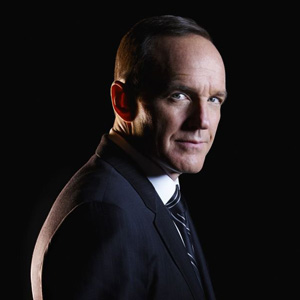 1. Why did you start a Twitter account?
A. I actually resisted getting into Twitter for a while. My wife was on Twitter for quite a while and would show me funny tweets. It was when I saw an article about how a liberal hashtag thread was hilariously hijacked by conservatives did I decide to make an account to join the conversation. I told my wife I had become a “twit”—I started with a RL account and went anon a few months ago. I felt that being Anon would allow me to express my identity as a Christian without the cultural pressure that comes from saying unpopular things.

2. Is it easier to be who you really are as an Anon?
A. For the most part, yes. My wife ribbed me for a while on my choice of character until she read up on him and said, “Yeah…that’s you. That’s totally you!” He’s a person who’s committed. He’s committed to the mission and to his team. He’s also somewhat awkward—he tries to be smooth and dramatic, and when he succeeds, he’s so proud of himself that he ruins it by explaining how he was smooth and dramatic. That’s me. Remember that scene from Lord of the Rings: The Two Towers, where Gandalf returns but now he’s in a white robe? One of the characters said that they thought he was Saruman and Gandalf responds by saying that he is Saruman, but Saruman as he should be. I am Coulson, but Coulson as he should be: A man who bows the knee to King Jesus and strives to do all for his glory.

3. Besides the Bible, what book has influenced your Christian walk the most?
A. The Potter’s Freedom by James R. White. The book helped me understand and embrace Calvinism which has led me on a reforming journey. Thankfully, the TULIP has grown into a great garden!

4. What is your pet peeve in church or with Christians?
A. People who think they understand a doctrine, refuse to be corrected, and continue to espouse their erroneous views. It’s one thing to disagree, but try to represent that person fairly.

5. Why is it important to study theology?
A. You can’t be a Christian and not have a theology. Even those who say that they just want praise and worship, have a theology. That kind of theology is actually idolatry because it’s not seeking to know and worship God as he has revealed himself. My pastor puts it this way: life flows from doctrine. Theology always works itself out in our daily lives. For example, if I believe that God watches over me and upholds all creation with his hand, then I can be patient in adversity, thankful in prosperity, and have a confidence in the future because I have a faithful God and Father and nothing can separate me from his love (Heldelberg Catechism, Lords Day 10).

7. Your friend wants you to go to her Bible study group…but your favorite band is in town, and another friend gives you tickets to the concert. What would you do?
A. I’d probably go to the concert. Given that my favorites are either old and possibly dying (Billy Joel, Joe Walsh, etc.) I might not get to see them ever again. Or they’re serious Christians already (Shai Linne) so I’d invite them to come with me and get catechized.

8. Your worst critic in the church is shopping in the same grocery store you’re at. Do you: look for the nearest exit, put your dark glasses on, run your grocery cart into them, or pretend you didn’t see them?
A. I keep right on doing what I was doing. If I run into this person, I’ll nod or wave. If he/she wants to talk, I’m game. This has actually happened before and, strangely, they’re the ones who are uncomfortable and avoid me.

9. What would you consider the “worst”—Christian book, Christian music, Christian movies? (If you have more than one choice, please feel free to list them.)
A. Book: Left Behind; Music: Jesus culture music; Movie: Heaven is for Real.

10. Who is your favorite theologian, past and/or present?
A. Past: Herman Bavinck; Present: James White.

11. Is the church relevant? If yes, what would you consider the best way to reach the unchurched?
A. The church is always relevant when it is being the church, that is, it is being what Jesus called it to be. When the Word is rightly preached, the Sacraments rightly administered, and church discipline is carried out (or to put it another way, when it is adhering to the historic confessions of the Christian faith) than the church is at its most relevant. Oddly enough, it is when people try to make the church relevant by their own mean that the church becomes irrelevant.