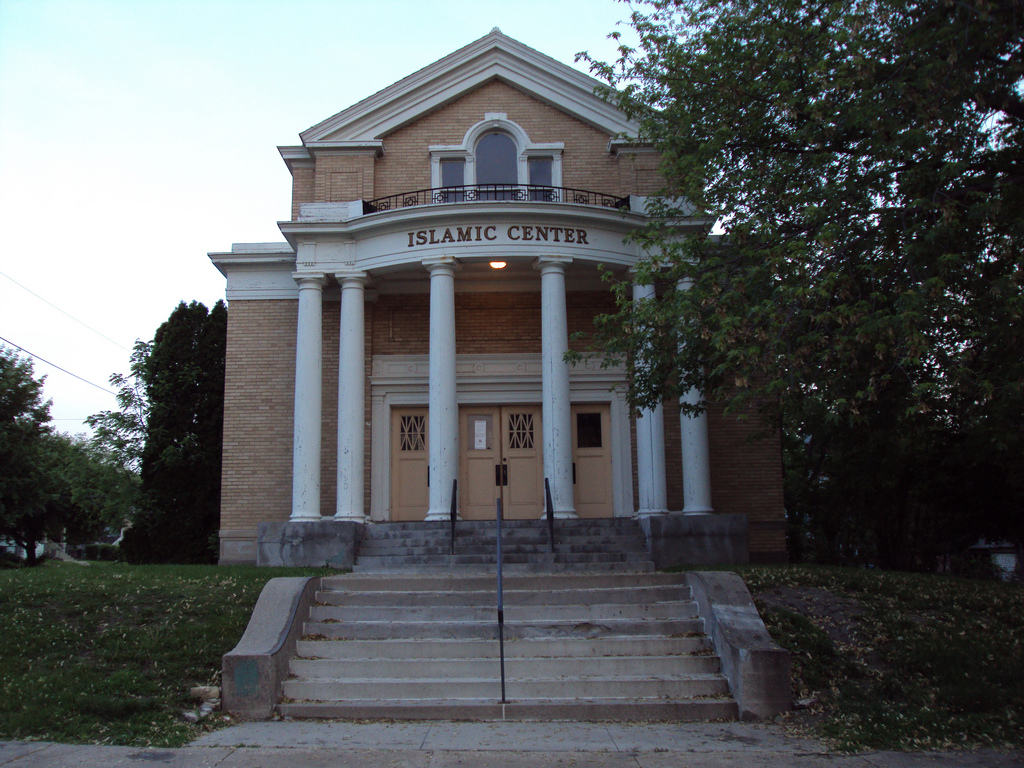 Can We Have Our (Liberty) Cake and Eat It, Too? Donald Trump and the Refugee Dilemma

Donald J Trump is calling for a total and complete shutdown of Muslims entering the United States until our country’s representatives can figure out what the hell is going on. -Donald Trump

These remarks come on the tail end of the San Bernadino shooting that left 14 dead and 22 injured. Trump’s statements echo a sentiment of fear and hostility that is ever growing in the United States in recent weeks against ISIS, specifically, and Islam in general. Also contributing to this fear and hostility were the recent terrorist attacks in Paris, France. President Barack Obama has declared that he still intends to bring some 10,000 refugees into the country even at the protest of a majority of Governors who have declared they do not want to receive refugees into their state.

With ISIS terrorizing the middle east, thousands of Muslims find themselves looking for a place of refuge as they flee the horrifying violence of radical Islamic extremism. However, as these refugees make their way to cities of refuge, the fear that ISIS is leveraging the benevolence of those countries is rising. In the United States, it seems significantly more than half of the nation’s leaders question whether or not the screening process is adequate to detect the difference between a genuine refugee and a radical Muslim bent on destroying the United States and setting up a caliphate in the name of jihad.

The Refugee Dilemma: Love Your Enemy or Protect your Citizenry?

In a recent article which appeared in the Washington Post, Russell Moore, president of the Ethics and Religious Liberty Commission for the Southern Baptist Convention, made this statement in opposition to Donald Trump’s remarks,

The U.S. government should fight, and fight hard, against radical Islamic jihadism. The government should close the borders to anyone suspected of even a passing involvement with any radical cell or terrorist network. But the government should not penalize law-abiding people, especially those who are U.S. citizens, for holding their religious convictions. – Russell Moore

Moore’s concern is that a government that has the power to restrict people based merely on their ideology is a government that, before too long, will be using that power to restrict Christians. As a result he, along with an ERLC panel, on behalf of the Southern Baptist Convention have taken a hard stance against Donald Trump’s proposal to put a stop to ALL Muslims entering the country. That panel finds itself at odds with other evangelical leaders like Franklin Graham who said in a Facebook post:

For some time I have been saying that Muslim immigration into the United States should be stopped until we can properly vet them or until the war with Islam is over. – Franklin Graham

The dilemma that Christians are facing is one that pits two Biblical truths against one another. On the one hand, the government bears the sword against evil (Romans 13). It has a responsibility to protect its citizenry from attack and violence at the hands of Islamic extremists. That said, as believers in Christ we, too, have a responsibility given to us by our Lord Jesus Christ:

But I say to you, love your enemies, bless those who curse you, do good to those who hate you, and pray for those who spitefully use you and persecute you. -Matthew 5:44

Russell Moore and the SBC have called on Christians to oppose Donald Trump’s plan, supported by Franklin Graham, to stop all Muslim immigration into the US. To many, this places the US at risk of attack at the hands of Muslim extremists who may slip through the proverbial cracks in the screening process.

Can We Have Our Liberty Cake and Eat It, Too?

Donald Trump’s remarks along with Russell Moore’s post, cited above, raise a very important question that Americans are facing: What is the basis for restricting liberty? Donald Trump called for the mass restriction of the liberty of ALL Muslims trying to enter the United States of America.

Russell Moore, while objecting to this sweeping generalization made this statement,

Russell Moore’s statement here is somewhat challenging. On the one hand, he wants to restrict anyone associated with a “radical” cell or a “terrorist” network. At the same time, he wants Christians to stand up for “religious liberty.” He goes on to argue, rightly so, that a government that has the power to close down the mosque, has the power to close down the church. A government that can issue an ID badge for Muslims can, in time, call for the same for Christians.

Russell Moore didn’t make a parallel between mosques and churches. He made a parallel between mosques and “Bible studies.” This is particularly important because it reveals the confusing nature of his stance. Moore wants to close the border to anyone with “…even a passing involvement with a radical cell….” What is a “radical cell” of Islam? International Business Times describes a “sleeper cell” in this way:

Sleeper cells are underground groups of terrorists who wait to stage attacks in locations around the world… Members of sleeper cells often lead mundane lives so as to not attract attention. Most are small groups of just a few peope—some even operate alone—and they often have no ties with other cells or networks, helping ensure they remain undetected. -Michael Kaplin

Let me be a little more direct. Suppose, as Moore suggests, the government did decide to apply Moore’s own standard to Christianity? Would Moore’s solution protect the average Southern Baptist Christian who may, for example, get his resources from Lifeway?

Seriously. Think about it.

One of Lifeway’s most popular resources in the last few years has been a book by David Platt (whom I support) called Radical. Russell Moore himself has developed a resource for home Bible study use called Onward. In Chapter One, entitled “Kingdom”, which is available free online, Russell Moore says this,

We can see from these accounts that the introduction of a new kingdom not only challenges the status quo of the kingdoms of the earth but also threatens them. It’s essential for us to recognize, as Paul later would, that we’re in a time of war… When Jesus’ kingdom clashed with the kingdoms of the world, the result was, expectedly, violent. Jesus, as the Prince and Emissary of this new kingdom, was executed by the kingdom of the world as a threat to its very existence. The same thing has been happening to those who follow His lead ever since. This shouldn’t surprise us; we’re living in a time of war. The declaration of the kingdom is a declaration of war. -Russell Moore

Let me be clear. I’m not in the least drawing a parallel between radical Islam and the Southern Baptist Convention or Russell Moore. It’s just a hypothetical to demonstrate a point: It is not hard for a government bent on restricting Christian liberty to find seemingly radical elements within resources that the average Christian would consider moderate.

In other words, the standard Moore suggests does not actually produce the result he desires. His effort to have religious freedom, but restrict the religious freedom of “radicals” is a less extreme view than Trump’s, but it is no less problematic. While I respect Moore’s desire to protect American Christians while standing for the religious liberty of moderate Muslims, it becomes increasingly clear that we cannot have our religious liberty and eat it, too.

One Solution: Fearlessly Preach the Gospel Whatever May Come

All of this has put me in a bit of a personal conundrum. I resonate with the desire to protect Americans. I’m American through and through. I do have serious concerns about the radical Islamic notions of caliphate and jihad. I do believe that the US government has a Biblical responsibility to bear the sword against evil and to protect what is good.

On the flip side I am, at heart, a man for liberty. I believe what has made the US great, and what will make it great again, is that it protects individual liberties, the chief of those liberties being religious and ideological liberty. While I resonate with protecting Americans from radical Islamists, I recoil at the notion of government officials restricting liberty on the basis of religion and ideology, however radical.

It seems to me that whether we’re talking about Russell Moore’s fear of government overreach, or Donald Trump and Franklin Graham’s fear of radical Muslims perpetrating acts of terror against the United States, the over arching themes are fear and protection. We are afraid of what ISIS is doing, and could do to us. We are afraid of what the government is doing, isn’t doing, or could do to us. Yet, as believers we are not called to fear.

Therefore I remind you to stir up the gift of God which is in you through the laying on of my hands. For God has not given us a spirit of fear, but of power and of love and of a sound mind. Therefore do not be ashamed of the testimony of our Lord, nor of me His prisoner, but share with me in the sufferings for the gospel according to the power of God – 2 Timothy 1:7-9

Whether those men wear suits and hold the title of our particular government entity, or they embrace a radical ideology that leads them to severe off the heads of their perceived enemies, we have not been called to fear. Rather, we have been called to fearlessly preach a powerful Gospel that will, inevitably, lead to our sharing in Christ’s suffering.

This is precisely why we shouldn’t be trusting in governments to protect us. Governments cannot protect us from the inevitable suffering that will come from faithful preaching of the Gospel. If we look to the government to protects us, the net result is the restriction of liberty and the granting of power that will, in time, lead to oppression from that government.

If Russell Moore gets his way, Christians may protect themselves from suffering at the hands of a tyrannical government. However, they will potentially open the door to radical Muslim extremists who want to purge the world of Christendom as a whole. We’ve been there before, too.

My genuine concern is that the reason Christians on both sides are preferring one of these options to the other is simply because they want to avoid any suffering that would result from the preaching of the Gospel. That, my friends, is not an option. In either case, believers are left with only one solution. We must boldly and fearlessly preach the Gospel, welcome the suffering, and rest in Christ alone whatever suffering may come.

He only is my rock and my salvation;
He is my defense;
I shall not be moved.
In God is my salvation and my glory;
The rock of my strength,
And my refuge, is in God.
Trust in Him at all times, you people;
Pour out your heart before Him;
God is a refuge for us. Selah
-Psalm 62:6-8