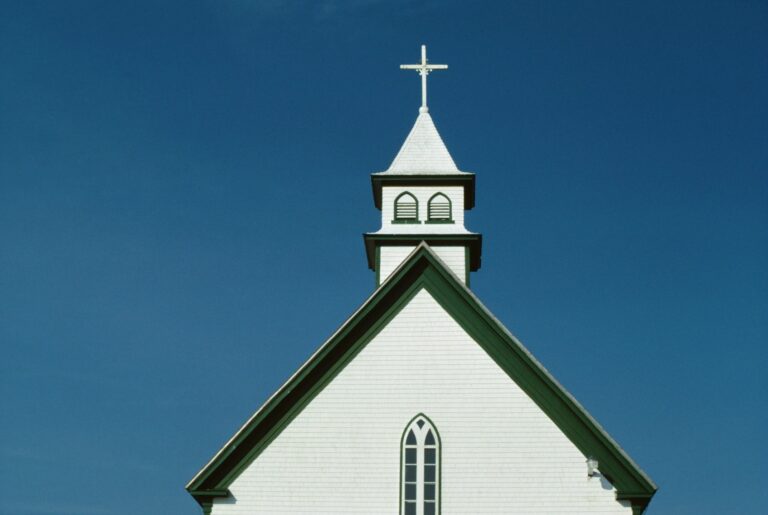 Episode 56: What the Church Should Be

The Church is not a number of unregenerate people coming together entirely of their own notion to defend such-and-such dogmas. Such persons may form a club, but they cannot make a Church! There must be a coming together of renewed men, in the name of Jesus, by the power of the Holy Spirit—and these must meet for purposes which God Himself ordains—and be joined together after His own fashion. -Charles Spurgeon

We are returning to the Unity in Christ series with today’s episode. The preceding two episodes on this point I have focused on particular aspects of unity: what it is founded on and what its fruit is to be, and I want to continue in that today. I’ve talked about the foundation of unity, which is the Gospel, and the law of love which guides that unity, for God above all and for neighbor as for ourselves. Today I want to talk about another component of unity, one that builds upon and refines the idea of what love looks like in the church: we are unified in our humility. Right away, I know a lot of folks will scoff at this, and certainly I don’t blame them. In the West, in the United States, sadly, it’s rare to find a more arrogant and self-important person than one who is outwardly-identifying as a Christian.

Years ago when I worked in food service, whenever I encountered someone with a fish on their bumper and terrible Christian T-shirts (think “ABreadcrumb and Fish” or some such other quasi-parody of an established trademark), I knew two things were almost sure to be true: I was probably not going to get a tip, and there was a very high likelihood that this person was going to complain in attempts to get discounts. Sadly, my suspicions were often found to be true.

But this is why it’s important to talk about this, and hopefully to begin to push us all, myself included, towards greater humility and, by extension, greater love and holiness. Remember back to the Beatitudes series: blessed are…who? The meek, the humble, for they shall inherit the earth. So often we believe that we have to win ground by our own doings and wisdom, and then hold it by any means necessary, when what we ought to be doing is trusting our ways and thoughts to the means God has ordained for us.

What does that mean? It means that if you see someone being wrong on the Internet, pulling out the proverbial sword and running them through is probably not the best way to handle it, but rather to remember that “a gentle answer turns away wrath, but a harsh word stirs up anger.” (Prov. 15:1) That even includes situations where we may sincerely believe the other person is deeply wrong and misguided. Certainly we see the way that Jesus responded to the Pharisees. He was never arrogant towards them. He was firm, founded on the truth of the Scriptures, and direct, but he never spoke to them without the end goal being the proclamation of the truth or without their own need in mind.

Yes, even for the Pharisees, what Jesus said was to point to their need first: they believed themselves holy by the nature of their birth and then by their adherence to rules above and beyond the law. That is the starting point of the gospel for everyone: our need in the face of the truth of God’s holiness. Jesus pointed to the truth of their wicked and lusting hearts, their selfishness and arrogance that led them to take what was meant to lead the people of Israel to repentance and hope, and instead turn it into a crushing burden and misery.

The Image of Christ: The Humble Servant

It was humility that led the Son of God to come to live among us as a man. Look to Paul’s words in Philippians 2:

If then there is any encouragement in Christ, if any consolation of love,if any fellowship with the Spirit, if any affection and mercy, make my joy complete by thinking the same way, having the same love, united in spirit, intent on one purpose. Do nothing out of selfish ambition or conceit, but in humility consider others as more important than yourselves. Everyone should look out not only for his own interests, but also for the interests of others. Adopt the same attitude as that of Christ Jesus, who, existing in the form of God, did not consider equality with God as something to be exploited. Instead he emptied himself by assuming the form of a servant, taking on the likeness of humanity. And when he had come as a man, he humbled himself by becoming obedient to the point of death— even to death on a cross. For this reason God highly exalted him and gave him the name that is above every name, so that at the name of Jesus every knee will bow— in heaven and on earth and under the earth— and every tongue will confess that Jesus Christ is Lord, to the glory of God the Father. Philippians 2:1-11, CSB

We are not to act out of selfishness…yet how often have our thoughts, words, and deeds been marked by them? I know mine have far more often than I would ever care to admit. We are to put conceit to death, yet how often do we prize our own judgments over God’s, and over others’? Again, the weight of conviction presses on my own heart here as much as it may against any other. Our hope lies in the truth that, as his beloved children, we have the right to drag these sins into the light again and again, nailing them to the cross, and trusting to the truth that, in Christ, we have truly died to them in God’s eyes even if in this moment we still feel their scars on us.

Will we dare to believe that the truth of Christ, then, is not sufficient to serve as the rock upon which the church can be built? I saw recently online an individual proclaiming essentially that, that because those who insufficiently opposed or even supported certain evils of the past also proclaimed the truth of Jesus’ vicarious atonement of our sins, that this is not enough, that we need some kind of further conviction and action in the church. How can we as those who stand in God’s grace dare to find his means insufficient?

Do we know more than our God who sees fit to bring to nothing a man’s mighty work, only to replace it with His own, founded on the work of the cross? Do we know more about the heart of a man for God than God himself? And dare we forget that each of us in Christ has had the same insurmountable debt paid by the Son? There can be no other standard for us than God’s holiness.

I’ve also encountered the argument, mainly from those in the secular mindset, that to believe in the concept of a set and firm truth at all, let alone to proclaim that truth to the world, is itself arrogant. I’ve been told essentially, “You have your truth, but that doesn’t affect my truth,” as though “truth” is something that can oppose itself. But at its root, this too is a deeply arrogant position. It says that God is unable to make himself known to His creation, and that revealed truth is the product of men rather than God. But in making that argument, they deny their own claims, because to say such a thing itself demands a sort of foundation of universal truth, albeit a twisted and confused one.

As Christians, we don’t simply live with information in our heads. It must transform our hearts, inform our words and deeds, and lead us to become more like the image of Christ each day. “God opposes the proud, but gives grace to the humble,” so let us seek that humble path. This is a hard thing to consider, because it includes things like making peace where enmity reigns, serving a person who shows no love in return, and even giving up our own pursuits for the good of another–all things that are echoes of the life and work of Christ. It is to him that we look for the image of humility, he that deserves all glory and worship, and yet chose to become a man and suffer a life of ignominy, and a death of treachery and horror, for the sake of destroying the hold of sin and death over man.

The Lord said to his disciples that the one who would be greatest in the kingdom of heaven must be the servant of all. The path to this humility is one that the we must model as the church, and our leaders most of all. Charles Spurgeon said of the path by which we grow in this quality, “God comes into our heart—He finds it full—He begins to break our comforts and make it empty; then there is more room for grace. The humbler a man lies, the more comfort he will always have because he will be more fitted to receive it.” As we still walk in what we consider wise, God’s wisdom overrides and leads us through what we must, so that we can come to find ourselves before him with holy hearts that long to love and serve our Lord and our brethren.

We can’t pretend. We can’t hide from that breaking, and if we could we would only miss what would lead us closer to him–what Romans 8:28 promises will work together for our good, no matter how painful it may be. Obey the apostle Paul when he commends the church of Philippi, “Do nothing out of selfish ambition or conceit, but in humility consider others as more important than yourselves.” Let’s embrace this truth with all seriousness, and look for the ways we can best reflect Christ in our words and deeds.

Spurgeon Audio Podcast
Spurgeon Audio is Dave Seip and Jon Ladner. Dave Seip lives in Denton, Texas. Great modern preachers like John Piper and Matt Chandler were used by God to preach truth and lead him into maturity, and it is his desire to take the words of another man used mightily by God, Charles H. Spurgeon, and give him a sermon podcast stream alongside those in the hope that they will go on to bear fruit in the ears of others. Visit his blog at: http://davethehedonist.blogspot.com.

Jon Ladner lives in Denton, TX with his wife, Rachel. He is a high school English teacher, a writer, a musician, and he has been doing audio production in varying capacities for several years. Through the Spurgeon Audio Podcast, he enjoys digging into the compelling writings of Charles Spurgeon. Visit his blog at jonladnertheturingtest.blogspot.com. Follow them on Twitter at @SpurgeonAudio, on Facebook at Facebook at Spurgeon Audio, or visit their website at https://spurgeonaudio.org.