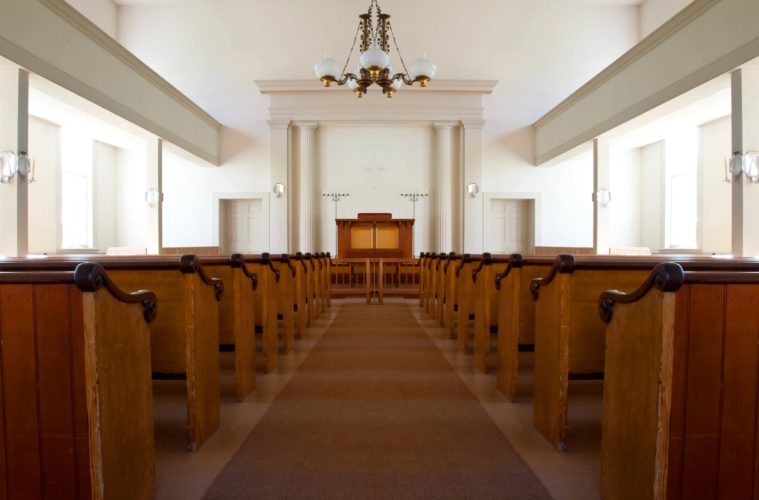 Episode 53: A Solemn Warning for All Churches

Take our churches at large—there is no lack of names, but there is a lack of life. Else, how is it that our prayer-meetings are so badly attended? Where is the zeal or the energy shown by the apostles? Where is the Spirit of the living God? Is he not departed? Might not “Ichabod” be written on the walls of many a sanctuary? They have a name to live, but are dead. Charles H. Spurgeon

I worked through a series of episodes on the Beatitudes for the bulk of the last year, and as I began to work into the latter half of it, a new issue began to press on my heart. I was watching people that I respected deeply begin to clash over all manner of issues, though certainly one of the biggest was that of “social justice” as defined within a particular scope. I don’t intend to address those issues directly at this time, though once I have worked through everything I want to talk about in the course of the next few episodes, I may turn to those issues.

But my desire, in this new six-part series, is to air both Charles Spurgeon’s and my own voice on the most critical issue of unity in Christ for the church. I spent time over the holidays in 1 Corinthians, and Paul has unity as a central part of his thesis for the book. He does not call for a notion of unity that simply means “don’t fight over stuff.” Paul spends a lot of time both defining that around which Christians are to unify—namely, the Gospel of Jesus Christ—and what disrupts that unity—such as sin, making another man central in place of Christ, arrogant unteachability, and a lack of love.

So I want to begin at the beginning, at the central and most unmovable point: unity in the church must be around Christ, and must be rooted in the truth of his gospel. This is one of Charles Spurgeon’s earlier sermons and certainly he minces no words in calling out the church of his day for “defiling their garments” by not both preaching the gospel clearly and boldly, and calling Christians within them to pursue Christ’s holiness as a result. But why is he so vociferous and direct in his criticism? It’s because he sees the church in his day abandoning their role as ministers of reconciliation with God, through the preaching of the Gospel of Jesus. Churches were building out their own kingdom and focused on their own comfort, and were not giving themselves over to serving the kingdom of God.

And while he speaks of it as though such a thing is unique to his time or worse than in previous times, I would say that this is one of those areas where the words of Ecclesiastes ring true: “There is nothing new under the sun.” Certainly in the West today, we have no shortage of churches with no Gospel, no clear understanding of who God is and who we are, and no hope. I recall some years ago being in a church where the pastor stated that he absolutely believed that Jesus had been born of a virgin, that he had died on a cross and risen again on Easter…and he had no application to make. The sermon, if I recall, was something along the lines of “hope is good, and Jesus rose again so that we can have hope.” But there was zero understanding of why Jesus had to die, or what He accomplished in His death and resurrection.

But Why Did Jesus Have to Die?

Think back to the Levitical priesthood, and to the sacrifices made first in the tabernacle and then in the temple. It was constant, and it consumed a great deal of the livestock raised by the Israelites. After all, they had multiple sacrifices that each had their own requirements and purposes that God intended them for, and the priests worked constantly in leading worshipers through them. Think about the burnt sacrifice in particular, which you can read about in Leviticus 1: the worshiper would lay his hands on the animal he had brought. He wasn’t just touching it, but the terms used in the Hebrew imply that he is pressing into the animal. (As a side note, I highly recommend Gordon Wenham’s excellent commentary on Leviticus to help clarify this book that seems obscure to many Christians today.)

Then the worshiper would slaughter the animal and, in the case of livestock, drains the animal’s blood and the priest would sprinkle it over the sides of the altar. Then the animal would be completely burned up. The other sacrifices are described in great detail as well. Why am I bringing this up? Think back to what I mentioned about pressing into the animal. The priests aren’t involved in this constant rotation of animal slaughter, blood sprinkling, and burning because they believe that God is hungry. They aren’t doing it because the priests enjoy watching livestock burn. The worshiper is pressing his hands into this animal because by doing so he is saying, “This animal stands in my place. All that I am guilty of before the Lord, let it take my place in death.” But because no bull or goat, as Hebrews says, can truly atone for sin, all it served to do was to be a constant reminder of their sin and of the hope that was coming in the work of the Messiah.

So when Jesus came and gave himself up to death in the place of his people, he wasn’t coming because “Well, this will make things more convenient for believers. No more sacrifices over and over, Jesus is a one-stop shop for sin atonement!” Jesus gave himself up because in his sacrifice, he completely and perfectly fulfilled the purpose of each of those sacrifices: he paid the price for sin, an immense and unpayable price by any mortal man stained with sin; he gave his righteousness to all who are in him, who follow after him; and he has brought us near to him. Us, we who are sinful and evil in ways that ought to guarantee our destruction and eternal punishment, instead have a seat at the wedding supper of the Lamb. We have the right and joy to come into the throne room of God and speak with him not as prisoners begging mercy, but as sons and daughters speaking with their beloved Father who bought them with the greatest possible price.

So when Paul asks rhetorically in Romans 6, “How can we who died to sin still live in it?” his meaning is clear, steeped in the long history of what it really meant for sin to be atoned for by blood and in Jesus’ completed work of that atonement. When Jesus died on the cross, all of us who believe died with him. Though we still walk and breathe and work and do what we do in life, our death is finished in him and because it is finished, sin has no claim to us and no power over us.

If a church is a church, this is understood to be central. Whether a church has lots of high church liturgy and order or consists of twenty people in a house, the centrality of the gospel and the immutability of the truth that Jesus’ complete and finished work on the cross is what gives us the ability to know and love God rightly is not up for debate. Jesus is the Christ, and that truth is the Rock upon which the church rests as it proclaims the truth of the gospel to anyone and everyone.

But it doesn’t stop there: this must be the foundation from which what the church does must flow. We must love our neighbors as ourselves because of how God has faithfully and sacrificially loved us far beyond what we could ever deserve. We must be generous and free with what God has given us, because in doing so we show that we trust in God’s promise to give us all things, and most importantly to provide what we need each day. And, again looking back at Romans 6, we do not make peace with our sin, but we strive for holiness. Because we have been crucified with Christ and are dead to sin before God, we do not rest but we strive and fight to kill sin in our lives.

So no matter the differences two specific churches or denominations may have, if they are living together rooted in that truth and bearing that fruit, they have unity in the Gospel. But if there is denial of that–whether it is denial of who Jesus is or of his work on the cross, if there is refusal to let the truth of the cross drive you to action in loving others, there cannot be unity.

I can’t be in unity with the church that says “Well, we don’t really believe that Jesus’ death is necessary to save sinners from the wrath of God.” And just as pointedly, I can’t be in unity with a church that says “Well, we know that Jesus basically said that everyone is our neighbor but we’re just gonna build a little fort around ourselves here and take potshots at everyone who’s not within our tiny structure.” If the truth of the gospel is not central both to theology and to action, then unity in Christ is fractured.

You might say “Well isn’t that just disunity?” But how can you be in unity with those who deny the fundamentals of the faith? How can Christ and sin be one? They can’t. “No man can serve two masters” is certainly true here, and the church can’t any more than a man can.

I hope you will stay with me here as we walk through the next five sermons on this subject. I also want to give big thanks to my friend Ed Romine who attends Midwestern Baptist Theological Seminary and who works with the Spurgeon Library there for helping me to select these sermons.