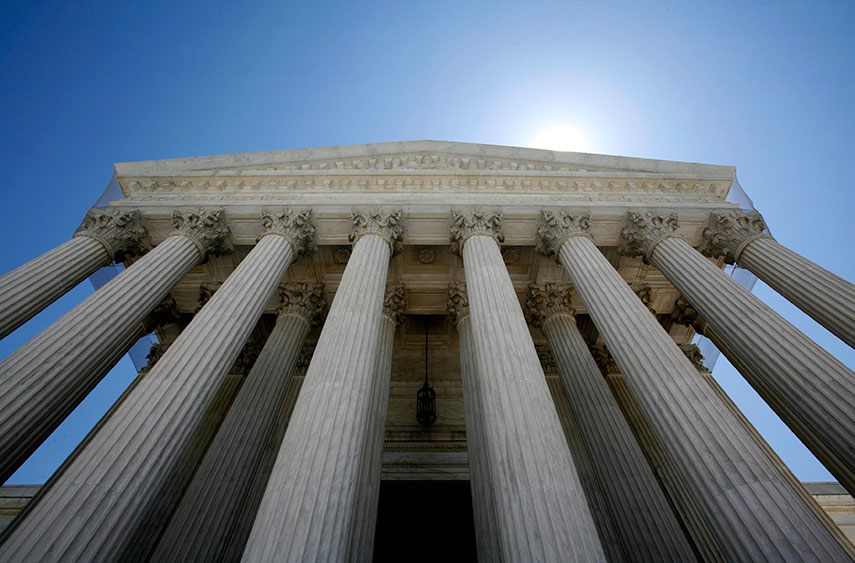 Rethinking Abortion and the Importance of the SCOTUS

Please Note: The views expressed here are those of the author (and the author alone) and do not necessarily represent or reflect the views of all connected with Theology Mix.

While prosperity gospel preacher Kenneth Copeland may not be your cup of tea, there are many others big name evangelicals who are are pushing Christians with great urgency to go vote (R) so that the (R)’s can save our babies from Hillary Clinton and those hippy liberals!

Another example of this would be Franklin Graham, who has been busy in recent weeks traveling across the country, hosting his “Decision America Tour” prayer rallies. Not only is he praying with evangelical leaders all across this nation, which is good, he’s also strongly encouraging them to vote (R) and encourage their congregations to vote (R) to protect the lives of the unborn.

After the recent leaked audio of Trump talking about hitting on married women and being able to get away with sexually assaulting women because he’s a star, Franklin Graham posted the following on his Facebook page:

“The crude comments made by Donald J. Trump more than 11 years ago cannot be defended. But the godless progressive agenda of Barack Obama and Hillary Clinton likewise cannot be defended. I am not endorsing any candidates in this election. I have said it throughout this presidential campaign, and I will say it again—both candidates are flawed. The only hope for the United States is God. Our nation’s many sins have permeated our society, leading us to where we are today. But as Christians we can’t back down from our responsibility to remain engaged in the politics of our nation. On November 8th we will all have a choice to make. The two candidates have very different visions for the future of America. The most important issue of this election is the Supreme Court. That impacts everything. There’s no question, Trump and Clinton scandals might be news for the moment, but who they appoint to the Supreme Court will remake the fabric of our society for our children and our grandchildren, for generations to come.”

To paraphrase what Mr. Franklin Graham is saying here: “Don’t vote for Trump. I know he’s garbage. Vote for the Supreme Court, instead.”

And right now that seems to be the tone that many evangelical and conservative leaders are taking. They’ve backed away from their support of Trump. And while they can’t support the man directly, they have no problem supporting him indirectly by encouraging you to vote for his SCOTUS picks instead of him. They’re asking us to pick the man that they originally picked but no longer can support so that he can pick men and women for the SCOTUS to save us all from those evil liberal Democrats. (Does that seem a little illogical to you?)

So, let’s take a look at the Supreme Court of the United States for a minute and ask ourselves this question: Would Donald’s picks overturn Roe v. Wade?

First, let’s start off with Roe v. Wade, itself. While I’m not going to get into case specifics, I am going to throw a lot of data at you.

Now, none of this data goes really deep. It’s just general data for a general discussion. Anyone can spend an afternoon researching this (That’s about how much time I have invested in this!) & find the same things out for themselves.

The landmark case Roe v. Wade, which deemed abortion constitutional and in essence made it legal, took place in 1973. Richard Nixon, who was a Republican, was President of the United States of America.

There was 9 justices of the Supreme court who ruled on that case. Out of 9 justices 5 were Democrats (Douglas, Brennan Jr., White, Marshall, & Powell Jr.) and 4 were Republicans (Burger, Stewart, Blackmun, & Rehnquist). Out of 9 Supreme Court justices 7 ruled that a woman has a constitutional right to an abortion & that right is protected by the 14th Amendment of the United States Constitution. Out of the 9 only two ruled against it: 1 Democrat (White) and 1 Republican (Rehnquist). In other words: 3 out of the 4 Republicans on that supreme bench ruled in favor of abortion.

Those 8 Presidents have appointed a total of 16 Supreme Court justices (Four were already on the bench when Roe v. Wade was heard). Out of the 20 justices that have served over the last 45 years, 12 of them were appointed by Republican presidents. The other eight were appointed by Democrat presidents. Also, out of these 20 justices 11 had conservative leanings, including one Democrat (Justice Powell), two moderates (one Democrat Justice White and one Republican), and seven had liberal leanings, including one Republican (Justice Potter).

Needless to say, since Roe vs. Wade we’ve had plenty of Republican power on the bench!

As for the Senate the Republican party has controlled the Senate for 17 out of the last 45 years:

Likewise, Republicans have had control of the House of Representatives for 17 out of the last 45 years:

It’s also incredibly interesting to note that from 2001 to 2007 Republicans controlled both the House and Senate, as well as had a Republican president. During this six year period there was a total of 11 Supreme Court justices, 9 of whom were Republicans. It seems to reason that if Roe v. Wade was going to be overturned that it would have happened during this Republican reign in Washington, but it didn’t.

Actually, the closest we came to seeing Roe v. Wade overturned was in 1992 in Planned Parenthood vs. Casey.

There were 9 justices serving on the bench for that case:

Out of those nine justices there was only one Democrat, and that was Justice White. George H.W. Bush was POTUS and the Democrats controlled both the House and Senate. Just as you thought Roe v. Wade was going to get overturned at the last minute Justice Kennedy had a change of heart. Those eight Republicans and one Democrat determined, once again, that abortion was protected by the 14th Amendment.

The Republican Party has had plenty of chances to do away with abortion. It’s greatest chance was from 2001 to 2007 when it held the House, the Senate, the Presidency, and the Supreme Court. It failed.

And this is what Franklin Graham and other conservative leaders want you to put your faith in for ending abortion? They want you to trust Trump, who’s a moderate at best, to put in the right judges that will overturn Roe v. Wade? I don’t think it’s going to happen, folks. Trump has to get his justices approved by Congress, first, and he’s done plenty to make enemies on both sides of the isle. It doesn’t matter if you’re a Democrat or Republican: Washington politics doesn’t forget!

I hate the thought of anyone killing an innocent baby. Abortion is murder!

If we preached the Gospel like we should and if we discipled people like we should then there wouldn’t be a need for abortion clinics in this country. But instead of doing that we protest abortion clinics and wage a holy war on anyone who supports a pro-abortion candidate. It’s been 45 years since Roe v. Wade. This is simply not working! Babies are still dying every day and we’re pushing people away from Christ because we’ve politicized it as an issue.

Sadly, there will always be abortion clinics. Yes, abortion is murder. No, I don’t support it. But I don’t have to be concerned for the salvation of the unborn like I do the living, especially the adult mother who sees it as a choice. She’s the one who’s risking an eternity in hell, not the baby.

And likewise, this goes on to the doctors, nurses, and other staff who work in this killing “clinics”. Making this a political issue has not won their souls for Christ. They are the ones who are going to have to stand and give account some day for the murders that they committed.

Where is the church in this? In the voting booths? Picketing? Making posts on Facebook trying to guilt people into voting for someone just because there’s an (R) beside their name?

Here’s what the Church can do to lower the rate of abortions in this country:

Pray for wisdom – We’ve spent 45 years waging a losing war. Political and judicial methods aren’t working. The church is focused on Washington D.C. Instead, we need to focus on our own communities. We need to focus on people. We need to start focusing on the ones considering the abortions.

Preach the Gospel – Instead of telling everyone that abortion is a sin (like they don’t already know!) tell them about the One who took their sin on the cross so that they might believe.

Make disciples – Teach them to follow Christ. One of the reasons why this country is in the shape that it’s in is because we have forsaken discipleship and have replaced it with law. “Let’s make laws to make sinners conform to our way of life so that we can be a righteous nation.” Legalism has never worked nor will it ever! If it did then Christ would not have had to die! We need to get back to evangelism and we need to get back to discipleship. That’s how God changes hearts, not laws.

Pray for understanding – There are multiple reasons why women choose abortion. Most are afraid to turn to the church for guidance, prayer, or counsel. They’re afraid of our judgment and condemnation for a multitude of reasons, such as considering an abortion, having sex, for not being stable enough to care for their child. They are already embarrassed or ashamed. They’re going through so much more mentally, spiritually, and emotionally than you can imagine, so show them some compassion. Show them some grace. Show them some mercy. Give them kindness, dignity, and most of all—love. Try to understand their situation the best that you can. Offer them hope. Offer them solutions.

Do something, Church! Once you find out what’s driving them to abort, do something to counter that. Most women who consider abortions are in low income situations. The baby’s daddy isn’t going to do his part. James 1:27 says that we, the church, are to take care of widows and orphans in their distress. These women are practically widows. And these babies are practically orphans. Step up and take care of them.

Abortion is a supply/demand business. Our war against the suppliers isn’t working. We’re losing. If you want to put the suppliers out of business, you cut their demand.

To be honest, this is where our focus always should have been.

Studies show anywhere from 50,000,000 to 58,000,000 abortions have been performed since Roe v. Wade. That’s over 50 million decisions made. And where was the church? Playing politics and focusing on Washington D.C. like it always does instead of trying to reach the needs of the local community that God called it to reach for Christ and for his kingdom.