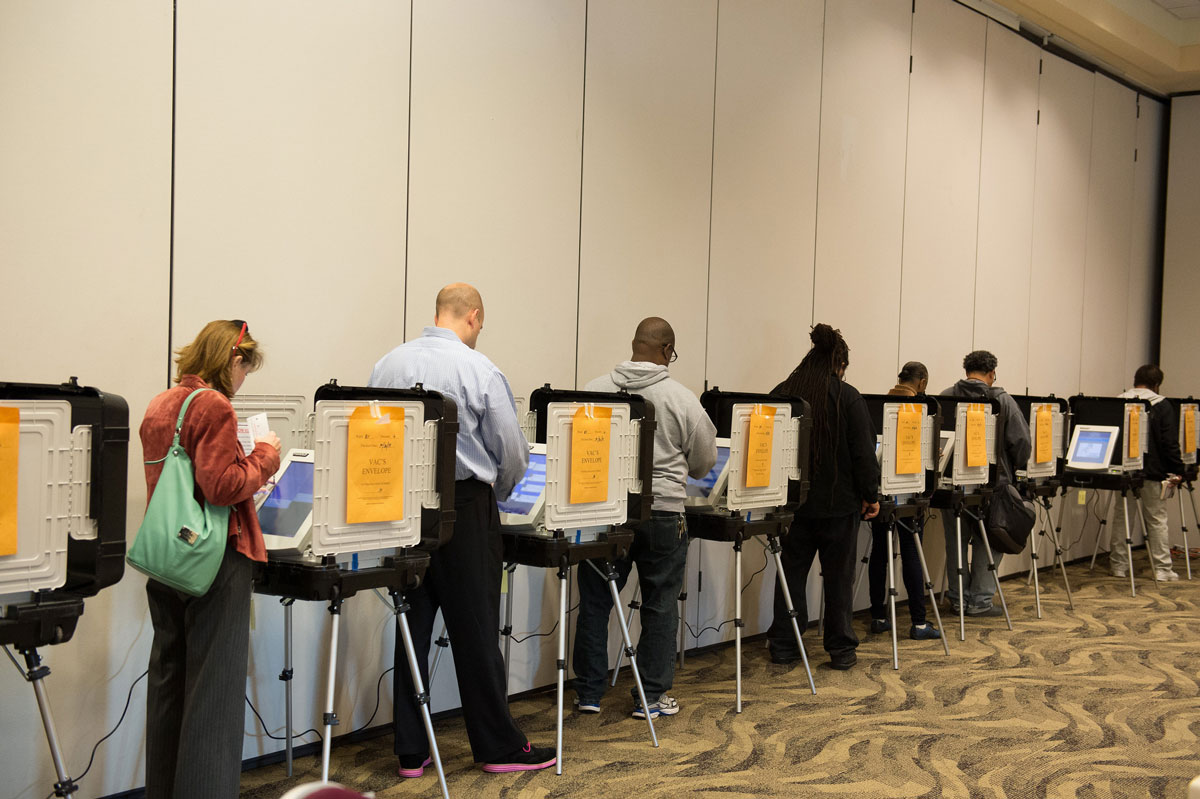 The Christian Moral Obligation to Vote…or Not

To vote, is being made out to be a Christian obligation. And if we don’t vote for whom we’re being told to vote for then, we’re not real Christians.

Every now and someone via social media writes to me or asks me a question. If it’s an interesting question that and the response is something from which I think others may gain from, then I like to try to share it with the public.

Don’t you think as Christians it is our obligation to vote? Respectfully, just curious…

Great question, Missy! Let’s start out with some scripture…

Philippians 3:20: “For our citizenship is in heaven, from which also we eagerly wait for a Savior, the Lord Jesus Christ…”

2 Corinthians 5:20: “Now then we are ambassadors for Christ…”

Ephesians 2:19: “Now therefore ye are no more strangers and foreigners, but fellow citizens with the saints, and of the household of God…”

Hebrews 13:14: “For this world is not our permanent home; we are looking forward to a home yet to come.”

Does a citizen of China have an obligation to vote in the US election?

Do aliens, legal or illegal, have an obligation to vote in the US election?

Does the ambassador of Iraq have an obligation to vote in the US election?

According to the New Testament we are citizens and ambassadors of the Kingdom of God and of his Christ. This world is not our home. We are strangers and aliens who are just passing through.

Biblically speaking, we are in no way, shape, or form obligated to vote.

Now, I’m not saying it’s wrong or that it’s sinful for you to vote if you choose to do so. You do live in a country that certainly grants you the freedom and the right to vote. We see in Acts 22 the apostle Paul exercise his right as a Roman citizen to avoid being scourged and to appeal for a fair trial (Paul had it on his heart to preach the Gospel in Rome and recognized that this was his free boat ride!). If you want to vote, please do. There’s nothing wrong with it.

But there’s also nothing wrong with NOT voting! The Bible doesn’t obligate me to vote and it doesn’t require me to vote.

And even at that, there’s nothing in the Bible to suggest that when I stand before Christ Jesus I’ll have to give an account of how I voted.

But I will say this: There is only one time in the Bible where the leader of the nation was chosen by the people. It’s found in 1 Samuel 8:5-7. The people elected to have a man lead them instead of God himself. In verses 10-18, Samuel explains to them how a king would rule over them and what all the king would take. Even hearing this, they still chose having a king to lead them and to rule over them, instead of God. The next thing you know Saul is anointed King. Now let me ask you a question: How did that work out?

Today the church in the United States of America isn’t looking for God to lead it. It’s looking for a man or woman (a king) in Washington D.C. to lead it. This mix of politics and religion that we have going on in the church is unBiblical & cultic in nature. I for one will not have any part of it.

Jesus avoided politics. The Pharisees were constantly trying to drag him into both Roman politics and Temple politics. Jesus had nothing to do with it. You never heard Jesus complaining about Tiberius Caesar or King Herod. He was too busy being about his Father’s business.

Likewise the apostle Paul avoided politics. You never heard of him complaining about Claudius, Nero, or the Roman government. He had more important things to concern himself with.

As a matter of fact, if you want to know where Paul stood politically, and this is as close to being political as Paul gets, just read Romans 13. Keep in mind whom he’s writing to—the church in Rome, the very city where, at the time of this letter, they was feeding Christians to the lions in the Colosseum for sport. This was the pagan, beating heart of Christian persecution.

Instead, he does the opposite. He tells them in verse 1 that their leaders are ordained by God. This is right in line with Psalm 75:7 and Daniel 2:21.

So, actually, I don’t need to vote. God is the one who puts leaders into place, anyway. I trust him.

And in Romans 13, verse 2, Paul tells us that if we resist the leaders, we resist the ordinance of God. He even goes so far as to say that those who resist receive unto themselves damnation. That word “resist” that Paul uses there in the Greek is “antitassō,” which means, “to range in battle against.”

It’s amazing to me over the last eight years how many in the church, and how many behind the pulpit, “rage in battle” against President Obama. I have never seen the “Body of Christ” hate someone as much as I have seen them hate him. And not only that, but they also hate anyone who has a (D) beside their name.

Like I said earlier, this mix of politics and Christianity is almost cultic. It’s not in the least biblical.

One of the things that upsets me the most in life is seeing someone exploited. Just as I can look at the DNC and see minorities being exploited for votes, I can also look at the GOP and see well meaning Christians being exploited by conservative leaders who could care less about advancing the Kingdom of God. All they want is to advance their King Saul. All the while they have a form of godliness but deny the power thereof.

And in an election season where “Vote Your Conscience” seems to be the battle cry, I’m hearing more and more from the pulpits, pundits, and from the tops of steeples all across social media, men and women, in the name of God, telling other people what their conscience should be.

Voting, all of a sudden, is being made out to be a Christian obligation. And if we don’t vote for whom we’re being told to vote for then, we’re not real Christians. I see pastors and other church leaders using guilt and condemnation to try to manipulate people into voting against their conscience. “I know you don’t like Trump, but if you don’t vote then REALLY it’s a vote for Hillary, and you don’t want her as President, do you?”

My biblical obligation is to advance the kingdom of God by seeking the lost, sharing the life saving Gospel of Jesus Christ, and making disciples of ALL nations. Outside of that, I’m not obligated to do anything. And neither are you!