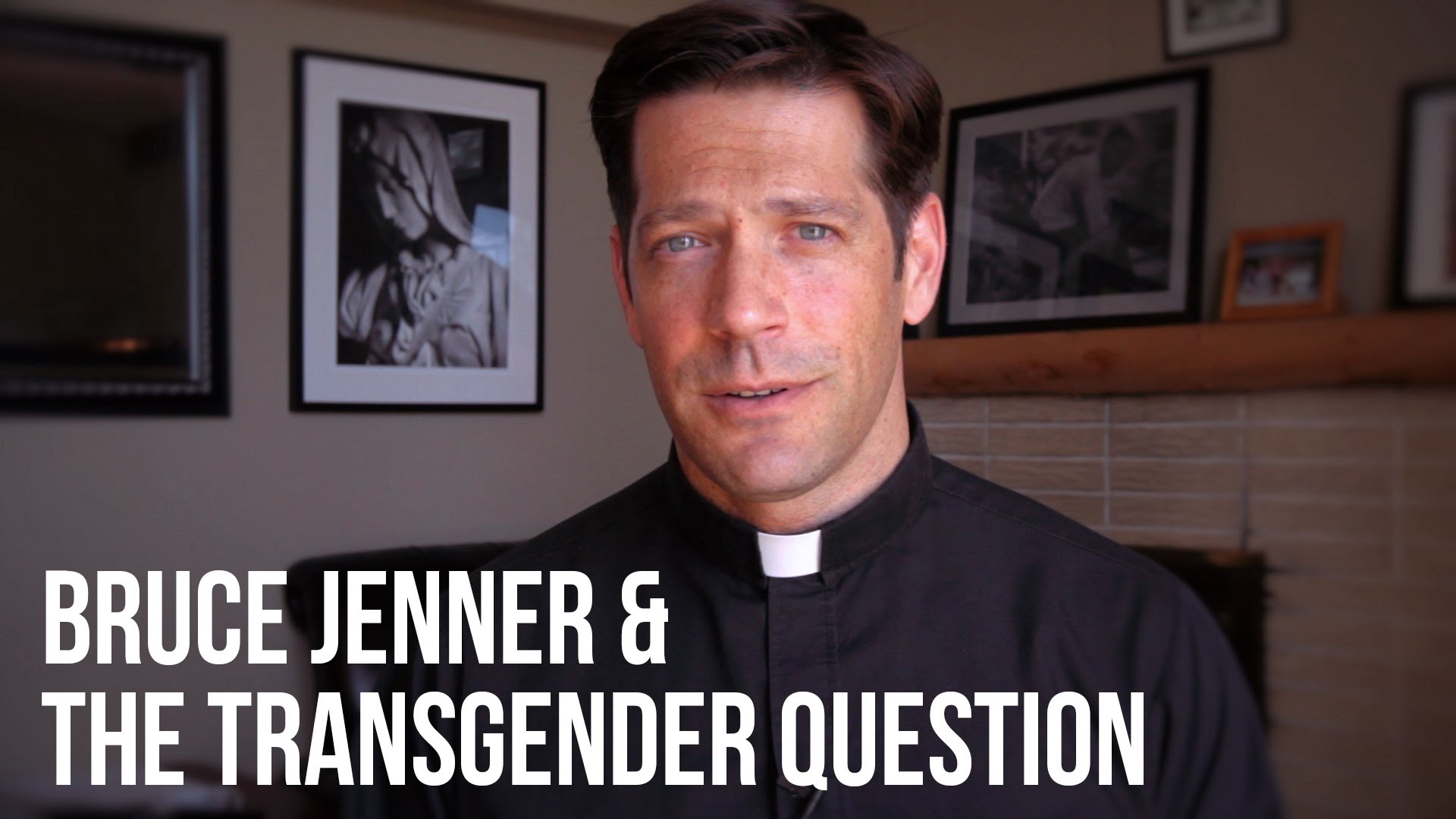 I know that the transgender topic is tough for many people to talk about. It seems as though most people take one of two possible stances:

On the contrary, informed people most certainly exist. Informed people are vitally important in making this discussion move forward rather than just causing a stalemate between two uninformed positions. And my goal is always to move the conversation to a point where all sides come to a better understanding of what the other people believe.

That being said, I’d like to point you to this video.

It is a video done by Father Mike Schmitz of Ascension Presents, and you can find this video here:

I will have to admit that this is the first (and only) video by Fr. Mike that I’ve watched. I am also not Catholic, so we may disagree on other issues of theological or doctrinal importance. However, on this issue Fr. Mike does a great job.

To summarize Fr. Mike’s points (in my words) for those who are unable to watch it:

And lastly, I have just a couple comments.

First, a criticism of Fr. Mike.

Given that we are to walk with people who are hurting and listen to what they’re really saying, I have a hard time when people don’t use the “preferred name” of the person in question.

Now before you freak out and think I’m getting all social-justice-warrior on you, let’s think about it. If you know someone who changes his name from Alfred to Christopher (for whatever reason), wouldn’t it be inconsiderate to call him Al, when he clearly wants to be called Chris? In the same way, I think we should call Caitlyn Jenner, Caitlyn. I think the situation gets a little different when we start to talk about the “preferred pronouns,” but if you want to avoid offending people unnecessarily, why not just use her “preferred pronoun?”

I don’t know, maybe I’m just being overly pragmatic in my analysis of this very emotionally charged situation. I think I probably just don’t feel like trying to dissect an emotional situation with logic and reason.

Second, I have to point out the interesting irony of the situation from a ‘worldview’ perspective.

Fr. Mike said that we cannot actually know what it’s like to be another sex. And that most people rely on gender stereotypes in order to suggest that they identify as the alternate gender.
Boys like blue, dirty trucks, and jeans.
Girls like pink, clean dolls, and skirts.
Now this is where the irony comes in. Given that “the left” (on the political spectrum, I mean) is always fighting so hard against these gender stereotypes, why is it that they’re fine with these stereotypes when it comes to people who claim to identify with the other gender, because of these (otherwise allegedly offensive) stereotypes?

Alright, that’s all I have to say about this issue.

At least…for the time being.

Let me know what you think about the video, my comments, or both!