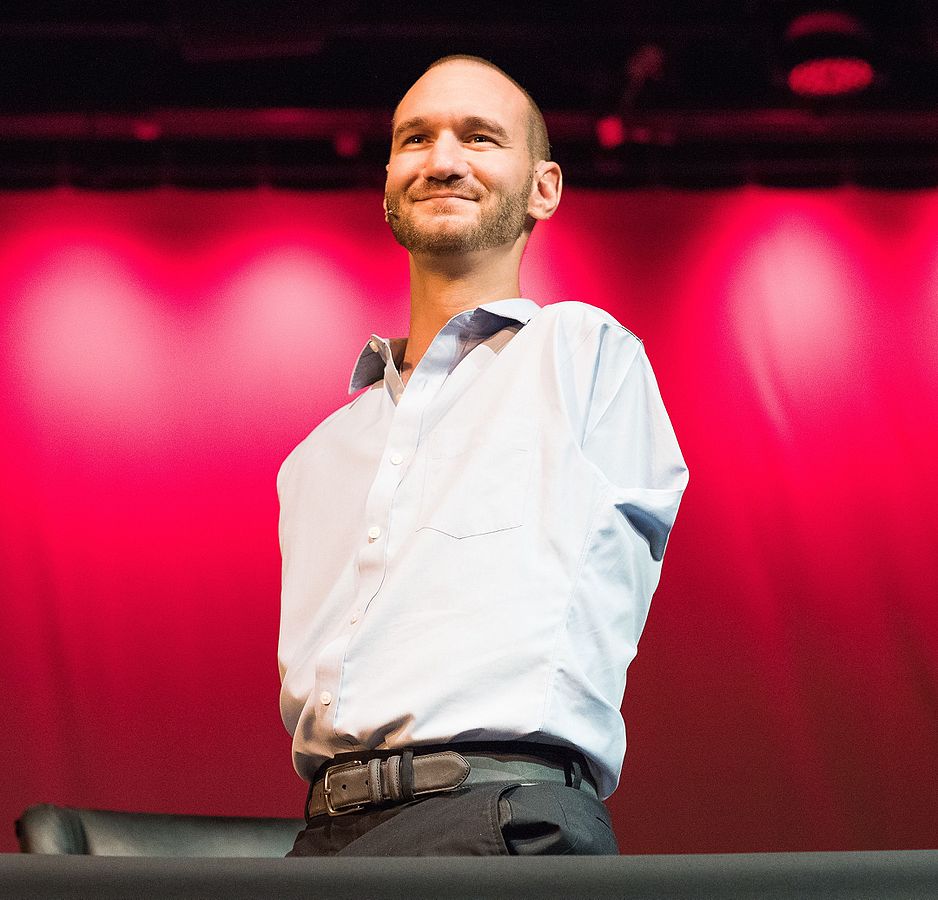 No Arms, No Legs, No Problem with Nick Vujicic on Christian Devotions Speak UP!

Join us this week on Christian Devotions SPEAK UP! when host Scott McCausey discusses overcoming the most difficult obstacles with author of Life Without Limbs, Nick Vujicic.

Imagine being born without arms. No arms to wrap around a friend; no hands to hold the ones you love; no fingers to experience touch; no way to lift or carry things. How much more difficult would life be if you were living without arms and hands? Or what about legs? Imagine if instead of no arms, you had no legs. No ability to dance, walk, run, or even stand. Now put both of those scenarios together…no arms and no legs. What would you do? How would that affect your everyday life?

Meet Nick Vujicic, pronounced “Vooy-cheech.” Born in 1982 in Brisbane, Australia, without any medical explanation or warning, Nicholas Vujicic came into the world with neither arms nor legs. Now at 28 years of age, this limbless young man has accomplished more than most people accomplish in a lifetime. Nick recently made the massive move from Brisbane, Australia, to California where he is the president of the international 501c3 non-profit organization, Life Without Limbs. Since his first speaking engagement back when he was 19, Nick has traveled around the world, sharing his story with millions of people, speaking to a range of different groups such as students, teachers, youth, businessmen and women, entrepreneurs, and church congregations of all sizes. He has also told his story and been interviewed on various televised programs worldwide. “If God can use a man without arms and legs to be His hands and feet, then He will certainly use any willing heart!”