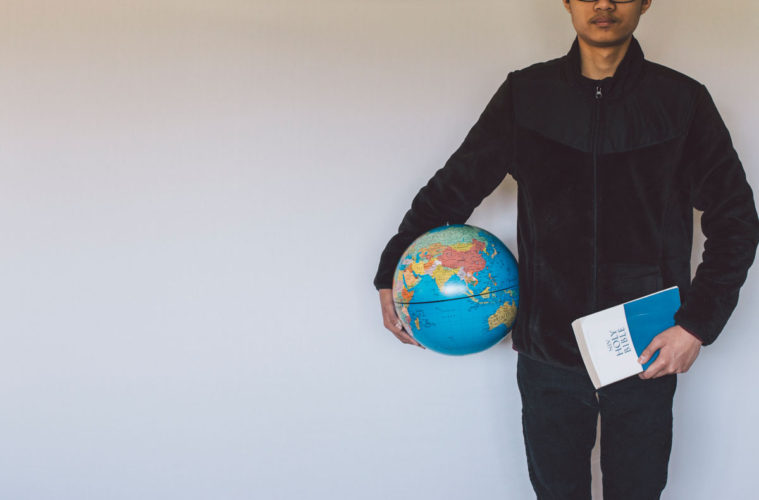 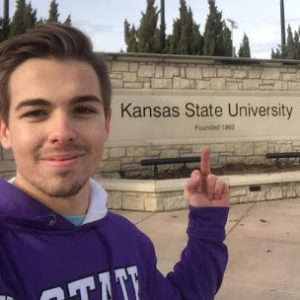 Billy Willson, straight A student at Kansas State University, announced on Facebook that his first semester would be his last. His comment, which went viral, was “YOU ARE BEING SCAMMED. You may not see it today or tomorrow, but you will see it someday. You are being put thousands into debt to learn things you will never even use. Wasting 4 years of your life to be stuck at a paycheck that grows slower than the rate of inflation. Paying $200 for a $6 textbook.”

The Architectural Engineering under grad’s post struck a global chord. Many young adults are wondering if higher education is worth the time and money. As Billy pointed out in a BBC Trending interview, the cost of inflation is relatively small compared to fees inflation over the past three decades.

He has a point.

The average annual increase in university tuition in the UK grew by 260% between 1980-2014. Compare this to the cost of consumer items which grew at about 120% in that period. (And that was bad enough)

Even worse, worldwide graduates are finding that their hard-earned degrees are not an open sesame to their desired careers. Trey Foshee, one of many who commented on Billy’s Facebook post, wrote: “Years and money wasted. Very much agree. I have two degrees that I would sell back right now if they’d let me.” Others mentioned professions that would be better served with on the job training.

Last year a UK education NGO reported that most graduates are employed in jobs unrelated to their degrees. Hopefully, few are in the same situation as the 35-year-old who graduated in 2010 with a master’s in town planning and transport but works in a pub.

Our South African can of worms, opened by the #FeesMustFall movement, raises several issues. The new generation of students want, among other things, a ‘decolonialised’ education, lecturers who treat them with respect and fit for purpose content.

It’s time for a paradigm shift. Do the older folk who control tertiary education have the courage to acknowledge the sheer snobbery of a system that panders to the privileged by offering unaffordable education that does not prepare students for the workplace?

So what has all this to do with Church? A great deal, if one considers that “universities” were conceived and developed in 814 when Charlemagne realised he needed educated people to ensure the survival of his empire.

Every monastery and cathedral was commanded to provide free education to every boy who had the intelligence and perseverance to complete a course. Key to all this was to develop a large body of educated priests to whom the empire and communities could turn. The focus was on Latin grammar, public speaking, arithmetic, geometry, astronomy, and music.

Arithmetic, for example, was the basis for quantitative reasoning; geometry for architecture, surveying, and calculating measurements. All necessary for managing Church property and income. Astronomy was needed for calculating Easter, foretelling eclipses, and identifying the seasons.

By the second century, the church universities had expanded their curricula to develop secular leaders. For example, the cathedral school of Reims introduced Arabic numerical notation and the use of the abacus for numerical calculation. The Cathedral of Orleans specialised in classical studies, Chartres focused on the mathematical theory of music and the Norman monastery of Anselm, became known throughout northern Europe for the teaching of Law.

Birthed in a tavern

Before I get on my soap box I must share a delightful story which showcases the birth of the modern university and the importance of faculty and students speaking truth to power. It is told by Dr Lynn Harry Nelson, Emeritus Professor of Medieval History at Kansas University.

One day in the Autumn of 1200, a German student decided to throw a bit of a party in his apartment for some of his friends and sent his servant, a ten-year-old boy, down to the corner tavern to get his large wine-jug filled.

The tavern owner gave the boy sour wine and, when the boy complained, the bartender and some of the barflies beat the kid up and threw him out into the street along with his broken jug.

In any event, the boy dragged himself back to his master, and the student and his friends went down to the tavern and beat up everybody before they went home with a large jugful of decent wine. The barkeep asked the provost to punish the students, and the provost gathered his men, with volunteers, and blocked all the streets into the Latin Quarter. They then went hunting for the German student, slapping people around as they went. A number of masters and students were irritated by this, took to the streets, and a pitched battle ensued. The provost and his men finally withdrew, but not before they had killed five students, including the German student who had started it all, and who happened to have been the prince-bishop elect of Liege (in what is now Belgium).

The chancellor refused to help the master and students of the Latin Quarter, so they barricaded the streets leading into the Latin Quarter, and the masters held a meeting that night. They decided to organize themselves into a union, or, as it was called in the Latin of the time, a universitas. Since their students were studying to become masters themselves, the union included the students as more or less junior members. The next day, representatives of the union went to the king of France and announced themselves as spokesmen for The University of the Masters and Students of Paris.

They demanded corporate rights, privileges and protection from the king. When the king asked what they would do if he decided to say no, they replied with the famous words, “Then we shall shake the dust of the streets of Paris from the hems of our gowns.”

In effect, they were threatening to leave and to do their teaching elsewhere. King Philip realized that Paris would lose much of its attractiveness and he would lose a considerable amount of taxes if the masters, students and the people who provided services to the Latin Quarter were to leave, and so agreed to protect the members of the Universitas.

Much more happened in succeeding years. There were continuing struggles with the chancellor and provost, and even among the students and masters themselves, but in the end, the union of masters and students was recognized by all. They gained powers — the right to establish the curriculum, the requirements, and the standards of accomplishment; the right to debate any subject and uphold in debate any subject; the right to choose their own members; protection from local police; the right of each member to keep his license to teach as soon as he had been admitted to full membership; and others. These rights were often won in open battles in which people — masters and students — died, but they were rights that faculty still guard jealously today.

As we ponder a changing world order, faculty and students don’t appear to be that close anymore and how does Church rate in all this? 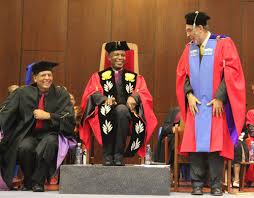 Thabo Makgoba Archbishop of Cape Town says “In times such as these, we need theologically trained leaders who will, in turn, encourage everyone in the church – clergy and lay people – to be theologically attuned.” He also told a recent synod that sound theological training provides essential grounding for the Church to face the challenges of today’s world.

The good news is that he fits the bill. 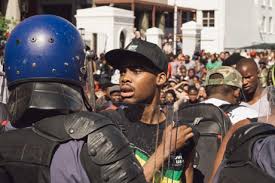 He has a BSc, a BA (Hons) in Applied Psychology and a Masters in Educational Psychology from Wits University as well as a Ph.D. on Spirituality in the South African Mining Workplace. Both a lecturer and chaplain at Wits he also served as Chancellor of the University of the Western Cape. And he gets street cred for having a son who was arrested for being involved in the recent student demos.

Our archbishop’s dream for 2017 is “that labour and business, together with civil society, traditional leaders and religious leaders will all sit together at the table of brother and sisterhood where the menu answers the question, “what is in the best interests of the majority of our people in South African society?” And that all children, yours and mine, will one day, as a result of a “New Struggle,” all live in a South Africa that has an abundance of unlimited and equal educational, health care, service delivery, and economic opportunities.”

Archbishop Thabo has also strongly rejected a call by President Jacob Zuma for the Church to stay out of politics.

Just what I expect of my archbishop. BUT where is the rest of Church in this? How good/relevant/for purpose is the theological teaching provided from the pulpit? Is Sunday School a good ethical foundation? Does anyone bother to tell our Confirmation candidates that a 10-minute kiss makes you crossed-eyed and causes your brain to fall out of your ears? (A survey taken among Confirmation candidates about 15 years ago revealed that many had their first sexual experiences at 12 years of age. The majority confirmands were not virgins.)

How many of our clergy, including those from privileged backgrounds, consider a diploma in Theology good enough to equip them to equip the people in the pews. How much training have they had in balancing reason with tradition and Scripture? As importantly, how many read a daily newspaper, follow politics, or keep up to date with scientific findings on human sexuality? Do they study developing theologies?

Just asking because I’m convinced bad theology has much to answer for as the talking heads on TV declare that we have entered a new world order. Only bad theology allows us to judge and hate those who are different. It’s bad theology to turn our backs on the marginalised.

I know it’s not easy preaching about unpopular subjects—congregations vote with their feet and their tithes. But we can’t abrogate our responsibility to archbishops and the Holy Spirit.

Charlemagne was right: We need our priests to survive the emerging world order.