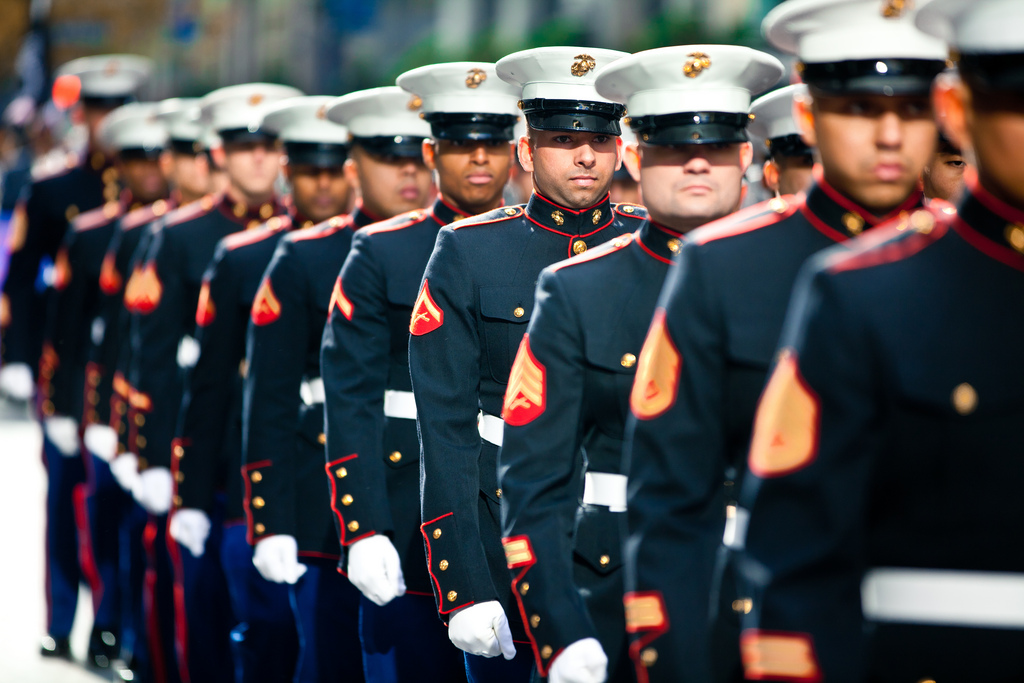 I had the opportunity to address the Training Squadron (MATSS-1) during their “Back in the Saddle” briefings. It’s the standard briefings Marines get after a holiday stand-down when things are gearing back up for normal operation. You know, they’re about to get “back in the saddle” (this isn’t rocket-science, folks).

The Staff NCOs gave me a lot of latitude in delivering the info I wanted, so I went to talk to these young Devil Dogs about moral development. Having moral Service Members is an important part our Armed Forces, and I was glad to have the opportunity to talk about it.

The thing with training briefs, though, is that they are often not brief. And speaking at the end of the day, I had Marines that were fighting heavy eyelids! So I decided to use some impromptu visual aides. I brought up a Staff Sergeant, a Gunnery Sergeant, and the First Sergeant to the front of the auditorium. I had the Staff Sergent stand on one side, Gunny on the other, and First Sergeant was dead center. Visual representations often stimulate memory better than mere words, so each Marine represented a different stage of moral development.

You can think about Moral Development like a number line. On the low end (my Staff Sergeant), you have the egocentric model of making choices. Everything revolves around me and what I want. You don’t matter. I don’t think about consequences. I don’t think about the rightness or wrongness of an action. I’m living in the now, baby, and I want to do this. It’s the phase of life we all go through as babies and kids—it’s the “me’ phase of life. The problem comes when we get stuck in this egocentric model as adults.

Let’s be real—we all know people who are stuck here. If we’re really honest, we will admit that we still occasionally make some decisions from this model. But it’s not where we ought to be. Fortunately, we can progress as we develop morally, and move more towards the center.

In the middle (my First Sergeant), you have the carrot and stick model of making choices. It’s not all about “me, me, me” no matter what. Now we’re evaluating decisions based on the consequences of the choice. Will I be rewarded (get the carrot) or will I be punished (get the stick)? We call it stick and carrot because that’s the way we deal with jackasses. When you want the animal to move, you offer it a carrot. When you want to punish the animal, you hit it with the stick.

This is a higher level of moral development. You’re not only thinking of meeting your own immediate needs. At least you’re thinking about the consequences of your actions. Still, it’s a pretty selfish model. What am I going to get out of it? Will I be rewarded or will I stand before the First Sergeant waiting to be chewed out? It’s development, to be sure, but not where we want to end up. Unfortunately, far too many jackasses never develop morally beyond this stage.

On the other end of the spectrum (where my Gunnery Sergeant was) is a better model of moral decision-making. It’s not about “me,me, me.” It’s not about punishment versus reward. It’s about making choices based on the intrinsic rightness or wrongness of a thing. When we develop towards this end, we can make tough decisions based on it’s intrinsic rightness even if we will personally face negative repercussions. It’s not about what happens to us—it’s about making the right call. In the Marines and Navy we call it living out HONOR, COURAGE, and COMMITMENT.

And while we would like for life (and our moral development) to be a straight line, in reality it’s more like a wave, with peaks and valleys. Some days we act more mature than others. Some choices show that we have progressed. Other times, we fall back to being that jackass. Regardless of your occupation, background, or any other identifier you embrace, we all have the ability to pursue moral development. 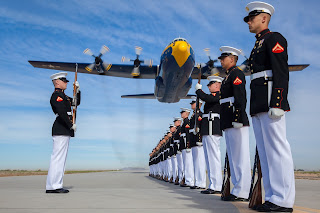