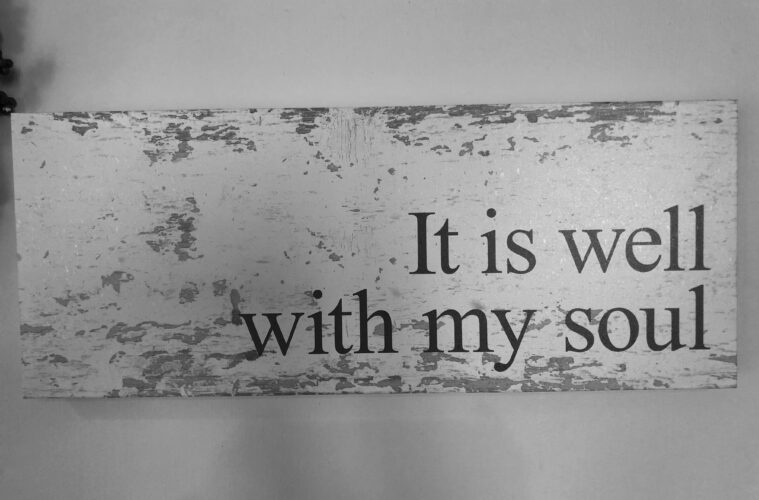 Mary: Not Meek, Nor Mild 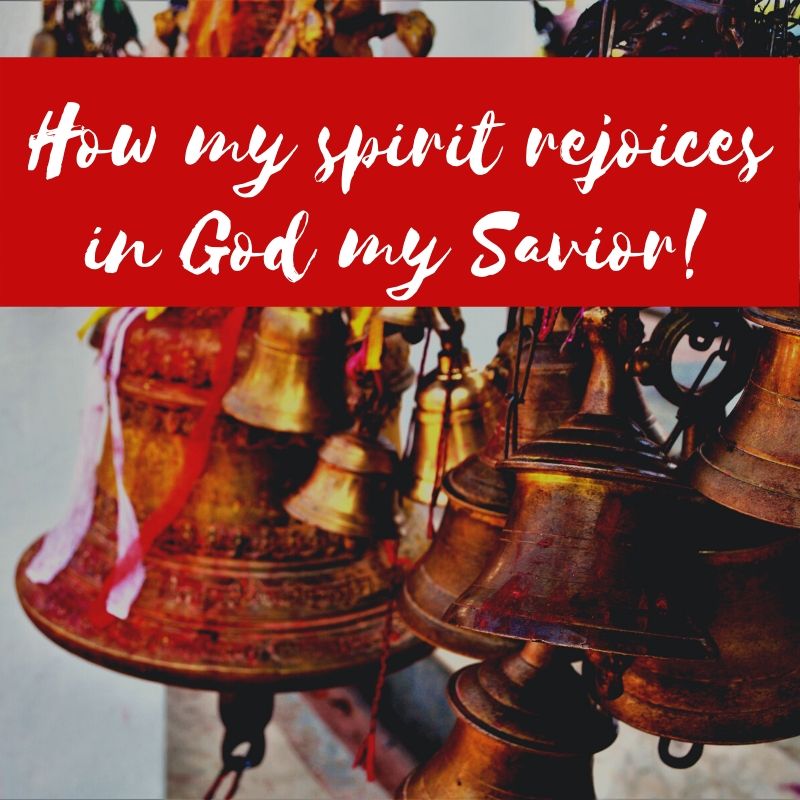 This Advent, I’ve been studying the songs that begin the New Testament. I’ve thought about how songs burrow their way into our souls. This is how I’ve delved into some deep Christmas theology. This is also how I’ve ended up binge listening to John Denver on YouTube. Because music.

I can’t remember my kids’ phone numbers, but I can recall every lyric of Evita. Even those a pastor should probably not quote in public. I can still sing every Denver tune of my childhood.

Music can give you an ear worm; it can lift you to the face of God; and it can break your heart. We have this sign on our kitchen wall now, because none of us will ever forget singing it together this spring as we knew we were saying goodbye to mom, and it will never again be just a hymn to us.

So I preached on Mary’s Magnificat yesterday. Her song is the first of Luke’s gospel, and what a song.

Dietrich Bonhoeffer called Mary’s Magnificat “the most passionate, the wildest, one might even say the most revolutionary hymn ever sung.”

Her song gives us some kind of “fly on the wall” experience of why God might have chosen Mary to bring Life and Light into the world.

Magnify. “My soul magnifies the Lord.”

Let’s look at the picture first. Her cousin Elizabeth has just opened her door on Mary, the tired, pregnant traveler, and covered Mary with a rainstorm of words that praise and glorify her—Mary.

She could not utter enough good words about how great her little cousin was and would be.

Mary might have responded—“Why yes, yes I am. Now that you mention it, I’m a pretty big deal.” She is. Elizabeth speaks truth.

She doesn’t. The first word our of her mouth is “magnify.” Magnify whom? God.

Her first words cry out—Elizabeth—I want to make God bigger! Let’s not talk about me—let’s talk about what an amazing God we share! Mary wants nothing of the temptation to magnify herself, and it must have been real given all the adulation she receives before even stepping foot in the door. Her deepest desire is to make God bigger—that’s what magnification does, right? It enlarges our view of one important thing. Magnification focuses us, allowing us to see something in its most important, valuable detail.

Cousin Beth, I want to enlarge everyone’s view of God.

Mary’s first impulse is echoed later by the baby in Elizabeth’s own womb. Years afterward, her son, John, replies similarly to those who ask him—aren’t you just a tad jealous of you cousin Jesus’ success?

Mary and John are on to something.

The world is desperate for humble people. On a recent twitter thread asking about leadership qualities, one person wrote, “Honestly, I only look for humility now. It’s the number one requirement for me.” Why? I suspect because we’re so, so tired of the opposite.

Our world feels so crowded with people whose goal is to stick their heads up the highest. Take a picture of me. Hire me. Choose me. Like my tweet. Buy my book. Love me.

For writers and speakers like me, self-promotion matters as much as writing, but it feels exhausting and inescapable some days. Some days, I get so tired of me. In my head, I assume others do, too.

We have men defending one another at all costs in the pulpit. Christians taking one another apart on social media over points that seem less about God and more about power. Bullies in high places.

Our current culture’s obsession with being the strongest, best, and greatest defies what we see played out in these first words of Luke.

Oh, how my soul magnifies the Lord.

Mary displays the greatest quality necessary in all ambassadors for Christ—humility. A quiet knowledge of who God is and who she is, and a clear recognition that the two positions should never be interchanged or leveraged against one another.

This by no means makes Mary weak, meek, or mild. Indeed, it makes her a force of nature. Would any of us dare to sing the song she sings?

“Oh, how my soul praises the Lord.
How my spirit rejoices in God my Savior!

For he took notice of his lowly servant girl,
and from now on all generations will call me blessed.

For the Mighty One is holy,
and he has done great things for me.

He shows mercy from generation to generation
to all who fear him.

His mighty arm has done tremendous things!
He has scattered the proud and haughty ones.

He has brought down princes from their thrones
and exalted the humble.

He has filled the hungry with good things
and sent the rich away with empty hands.

He has helped his servant Israel
and remembered to be merciful.

For he made this promise to our ancestors,
to Abraham and his children forever.”

Think for a moment about the society in which Mary sings out her words of joy. Mary is:

He has brought down princes? Sent the rich away? Scattered the proud?

Make no mistake. Mary proclaims a new order. A world where a new King comes and returns the world to its original authorial intent. She’s singing in Genesis 1—the earth as God made it and intends to remake it. The child kicking in her womb will ensure that renovation.

Mary isn’t making some pie in the sky reference to hopes and dreams.

She is doing it as a teenage girl.

Mary is kind of amazing.

We’ve lived in a world that is upside down for so long, we don’t even recognize that it’s off. Mary sings about the One who will turn it all right side up again.

And she sings as if it has already occurred.

This is no meek and mild, teenaged submissive Mary. She is not what we’ve been taught.

She is smart—a theologically sharp young woman who knows her scriptures.

A humble young woman, yet one willing to question an angel.

A young woman willing to be embarrassed, mocked, cast off, misunderstood, and pregnant for the sake of the kingdom.

I love that she sings this in the past tense. It is as good as done for her. God has promised these things—and that means they are DONE.

She doesn’t have to fear at all.

She has the fulfillment of everything  in her womb.

And so Mary sings out, because she knows she can.

Being humble does not equal being weak. It means we’ve placed ourselves, our demands, our dreams, our futures and our fears at the feet of the One who is all powerful. We’ve taken ourselves out of the power equation. Because of that posture, we have every confidence in the rightful owner of the power.

That appears to be Mary’s conclusion, as she sings loud and strong about human pride and self-assurance crashing into oblivion.

One has already come.

I will magnify him, oh my soul.