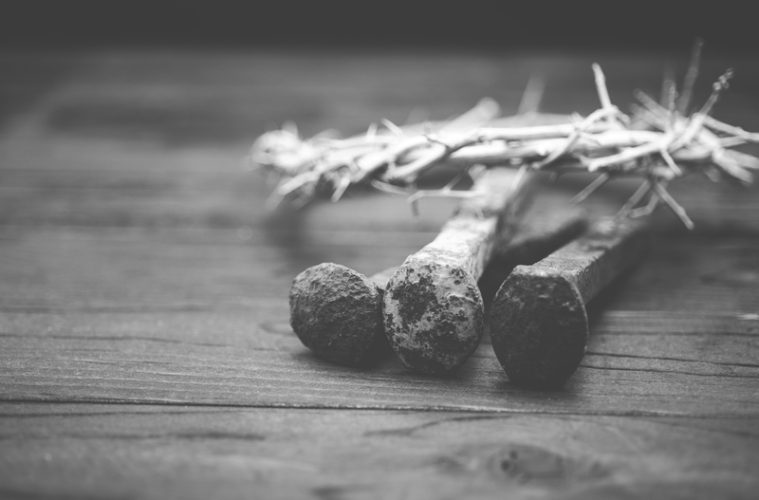 The Fellowship of His Sufferings

To get to Easter Sunday, you must go through Friday’s cross first…

They said a patient wanted to see me, but the invitation came with a warning from the staff–“He’s HIV positive”.

I shrugged, said okay, and walked toward his room. I laughed a little at myself: we “religious types” are never considered experts on science anyway, so why should I start worrying about something technical-sounding like an “acquired immune deficiency syndrome?”

I stepped into the room and noticed the typical symptoms of this disease you’ve seen portrayed in countless TV programs—gaunt, bony face, frail physique, lesions covering much of the exposed area on his chest.

After a few introductory pleasantries, a nurse interrupted us. She had to change the patient’s IV, so I stepped back and watched patiently. The tube was not coming out easily, although the patient (we’ll call him “Bill”) tried to help her. Another man came in to assist and made a point to put on a double set of plastic gloves, “just in case.” As he tugged on the tube to extract it from the needle in Bill’s arm, he awkwardly turned his face away as if trying to avoid any sudden spray that might come if the line broke. All three of them continued to work patiently…quietly…and awkwardly.

Finally with the new IV in place, we got back to our conversation. Bill asked if he could have a Bible, preferably a King James Version like he had when he was a child. “I was raised in church,” he mentioned a bit bluntly, as if making a point. He wanted me to know he was not new to the whole “God thing,” so I should realize I was not talking with the uninitiated here. Bill wanted me to know that just because he had contracted his disease in an alternative lifestyle, I was not speaking with a “pagan,” as some pastors mine assume. This was a church kid.

I told him how I had grown up in church in a city just a few hours away from his. And then we discovered we both had musical training. We talked about his childhood years, of a father who was hateful to him and a mother from whom he was now estranged. Then we got down to the heart of the matter…

“We had a music minister in church who gave me private music lessons for years,” he said. “I never could tell my parents he was molesting me though—I felt like I had done something wrong.”

Then he offered up, “I maybe have another year or so to live. And if there is a God, he doesn’t make any sense to me right now.

Right after he said that, he gave me a hard look. He was angry, and he wanted me to know it. Now he was staring a hole through me, challenging me to respond

It’s the age-old question–“Why did God let me go through __________ ?” (fill in your own traumatizing, life-altering experience here). The answers never satisfy, at least not the one’s on this side of heaven. Because without God’s perspective–without “eyes like God has”–we really can’t know why.

Pastors like me often make stupid, clumsy stabs at an answer, many times causing more added damage than healing. The truth is, only God knows. Only he will ever have a good answer. And most of his deepest answers will only come on the other side of this life, in the dawn of heaven’s perfect light.

We talked, he challenged, I answered as best I could. I realized the two things in my favor were he had asked to see me (not the other way around) and he wanted a Bible. This meant despite his understandable bitterness, he really wanted to reconnect with the God of his childhood–the One he’d met before a predator stole that childhood from him.

I focused in on that fact and reminded him regardless his anger, he indeed had a Father who still loved him. That Father desires a relationship with him today, despite the gap of years in their communication. His eyes flashed when I said that, betraying the wounded place those words touched, and he looked away.

“Will you bring me a Bible?” he asked as he stared at the blank wall to my left.

“As soon as I leave here, I’ll go get one for you. And whenever you’re ready to talk some more, just tell the staff to call me.”

He thanked me and stuck out his hand to shake mine. I saw one staff member’s eyes dart over to me, watching for my reaction. I took his hand and shook it firmly. As he started to pull it back, something told me to hold onto his hand. Though the risk of being infected was very minimal, with his disease I supposed physical contact is rare. So I wanted him to know just as I wasn’t letting go of his hand, God wasn’t letting go of him that easily either.

As I held on, I looked straight into his eyes and said, “Your Father loves you, Bill. He wants you to know that, and he wants you to spend some time getting to know him again.” It may have been my imagination, but I think for a brief second I saw a little hope flash across his face.

“THIS IS MY BODY”

Last Sunday, I led my church family in observance of the Lord’s Supper–some Christians also call it “communion,” We took the broken pieces of bread and remembered how Jesus allowed his body to be broken for us. We took the cup and thought of how his blood was poured out so willingly. And I read to them this verse where the apostle Paul talks about his goals as a Christian…

“…that I may know Him and the power of His resurrection, and the fellowship of His sufferings, being conformed to His death” – Phillipians 3:10

An old preacher once told me, “Before you can ever reach the resurrection of Sunday morning, you’ve got to be willing to endure the torture of Friday’s cross.” The bread and the wine are reminders that if we want to be true Christians, we must follow the example of our Lord and “weep with those who weep.”

Jesus knew what it meant to suffer–he was called “a man of sorrows,” though we often just want him to be “a man of answers.” Jesus never promised he’d explain every “why” in this life. But his suffering means when he looks in your eyes today and says “I know how you feel,” you can believe he is telling the truth.

Every hurt, every betrayal, every friend that walked away, and every casual cruelty this life can dish out—he was there first, and he’s with us in the midst of it now. He took the punishment though he deserved none of it. And he did it so that we would know our Father is right here with us, in the very midst of our suffering.

He watched my friend throughout all the dark years of his childhood, feeling every wound himself. He watched throughout the angry years that resulted, sharing that same righteous anger. He watched in painful silence and waited…he was waiting for the day his child would once again reach out for the Father from whose arms he was stolen.

I saw my friend again today, several days after our first meeting. There is a peace in his eyes that wasn’t there before. His anger has subsided for now, though I doubt any of his questions have been answered. And though none of his physical problems are gone, he seemed like a man who had experienced healing. Before he spoke a word, I could tell something had changed…

He’s back in his Father’s arms again.