The Most Fortunate Man in the World

I didn’t have the worst childhood in the world.

It wasn’t the best scenario to be born into either.

I was the product of an 18 year old mother and a father who would divorce my mom after an affair—before I could even remember seeing his face. At two days old, I would undergo a surgery to remove water on my brain that was causing me seizures. My divorcee mother would raise me on welfare. In addition to that, she would choose a loving man, but also an alcoholic and drug addict. I grew up in a poor neighborhood, a dangerous neighborhood.

So wearing K-Mart clothes, I would constantly fight to figure out how to catch up and be socially acceptable. When I asked my mom if this was just a rough patch and if this was temporary, she replied that this was it.

This was as good as it was going to get.

I got my first job, underage at 11, as a paperboy. I had to take it into my own hands if I was going to get those Jordans and fit in with my peers. When I learned that my birth father had a very successful construction business, it really fueled my resentment. I was growing up experiencing what it was like to go to bed hungry because there was no food in the house and step-dad was out on an all-night bender. In the meantime, my half-brothers were being raised in a mansion. My brothers’ Christmas presents were so plentiful that the branches of the tree were being pushed upward. I worked through it. I fought hard. I achieved my Bachelor’s and would end up completing a Master’s. I would get out of that poverty mentality and find a good wife and a good career.

But that isn’t why I am the most fortunate man in the world. I was reading Ephesians, Chapter 1, today and it reminded me that everything I didn’t get in my earthly birth, I have received in my spiritual birth.

In love he predestined us for adoption as sons through Jesus Christ, according to the purpose of his will…

In him we have redemption through his blood, the forgiveness of our trespasses, according to the riches of his grace, which he lavished upon us…

You see, at two days old, right before I went into that surgery to save my earthly life, my mother had me baptized in the name of the Father, the Son and the Holy Spirit. And in baptism I was united to Christ in his death, burial, and resurrection (Romans 6:3-4). To read passages like Ephesians 1:4 and fathom that before the foundation of the world he chose me, to be adopted through Jesus Christ…well, that just changes everything.

Maybe I didn’t have a silver spoon in my mouth when I was born. Maybe it wasn’t the best neighborhood. Maybe there was poverty, drugs, and alcohol. But when I look at my life there was always Christ. His love and his salvation is worth more than all the mansions, the Jordans, the friends, or whatever people had that I envied so much.

As I write this, my world is still crazy. Cray…cray. I have a daughter that is determined to have my wife and me endure the story of the prodigal son to the fullest extent. But even now, there is Christ. His love for me and his salvation is still there. Still comforting me. And that is what makes me the most fortunate person in the world. 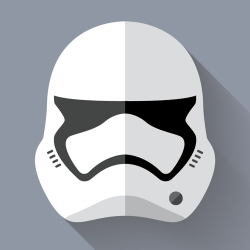