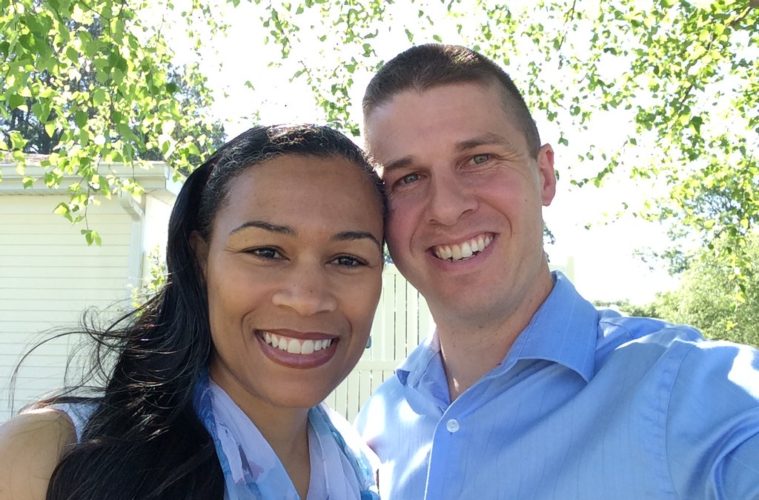 Last week I read an article from Kyle Howard, a fellow contributor at Theology Mix. His piece was titled: “When Churches Colonize Femininity,” and looked at how the Western church (read white Protestant church) views femininity and how women who do not fit that view are regarded as unfeminine.

Mr. Howard’s article resonated with me not just because I am married to a strong black woman (SBW), but because there is a biblical foundation for his position that femininity is culturally based rather than biblically based. He writes:

The paradigm for femininity in most (if not all) majority culture churches is the model of the “white soft-spoken woman.” She has with her certain traits that are referred to as marks of piety when in reality they are elements of white culture. It’s not that “soft-spokenness” is inherently “white,” but the version of it that is expected to be expressed is often an idealized version of a white woman, typically akin to a white southern woman from the antebellum era. Men of color are told that this is the kind of woman they are to pursue if they desire a godly woman and to be considered relationally wise. Women of color are told that this is what they must be and that they are godly to whatever degree they reflect this image and immature to whatever degree they don’t. If they are opinionated, they are considered ungodly. Expressive or “loud,” ungodly.

Part of this problem is the continued misapplication of 1 Timothy 2, where tells Timothy that he does “not permit a woman to teach or to exercise authority over a man; rather, she is to remain quiet” (1 Tim. 2:12). While my piece is not going to be a deep dive into biblical egalitarianism, let’s just say that I believe Paul was not speaking for all women for all time. The Bible is replete with examples of women in positions of authority and leadership (and many of the Evangelicals who hold tightly to Paul’s words about silent women ignore Paul completely about other issues that might affect them personally).

Still, this is the model that remains for much of the modern “majority church.” But it is culturally bound. Churches across the world and throughout time have seen strong women step up to lead the church, the community, and the family. In black culture, it is not uncommon to find a female pastor leading a congregation. And she STILL preaches the gospel of Jesus. Imagine that!

I am married to a strong black woman who has multiple degrees in biblical studies, who has been a ministry leader, and who has preached the gospel in the United States and abroad. The strength of her character or her willingness to voice her opinions DOES, in fact, intimidate people who are not accustomed to the SBW personality (when, in fact, my wife is quite tame compared to others). I’ve seen white women get teary admitting they are intimidated by my very kind and polite wife. Our majority culture embraces the idea that women ought to be passive. Any aggression or expressed opinion is seen as unseemly. A strong man is a leader. An equally strong woman is a…well, we have unkind words for her.

But biblically I think we are wrong to pigeon-hole women. Look at the ideal woman pictured in Proverbs 31:

An excellent wife who can find? She is far more precious than jewels. The heart of her husband trusts in her, and he will have no lack of gain. She does him good, and not harm, all the days of her life. She seeks wool and flax, and works with willing hands. She is like the ships of the merchant; she brings her food from afar. She rises while it is yet night and provides food for her household and portions for her maidens. She considers a field and buys it; with the fruit of her hands she plants a vineyard. She dresses herself with strength and makes her arms strong. She perceives that her merchandise is profitable. Her lamp does not go out at night. She puts her hands to the distaff, and her hands hold the spindle. She opens her hand to the poor and reaches out her hands to the needy. She is not afraid of snow for her household, for all her household are clothed in scarlet. She makes bed coverings for herself; her clothing is fine linen and purple. Her husband is known in the gates when he sits among the elders of the land. She makes linen garments and sells them; she delivers sashes to the merchant. Strength and dignity are her clothing, and she laughs at the time to come. She opens her mouth with wisdom, and the teaching of kindness is on her tongue. She looks well to the ways of her household and does not eat the bread of idleness. Her children rise up and call her blessed; her husband also, and he praises her: “Many women have done excellently, but you surpass them all.” Charm is deceitful, and beauty is vain, but a woman who fears the Lord is to be praised. Give her of the fruit of her hands, and let her works praise her in the gates.

This is not a passive woman. No! This is a hard-working caretaker and entrepreneur! The Proverbs 31 woman is one who gets things done. And since we’re looking at a passage that comes from the Middle East, we’re literally talking about a Strong Brown Woman (SBW).

So when it comes to women in the church, we ought to discard the idea that outspoken, Type A women are less feminine and desirable than those who are quiet and submissive. Let us look beyond culture norms of femininity and recognize that God has gifted women of all personality types to be part of his kingdom.

Besides, who knows when you’ll need a Deborah to come rescue your butt from the enemy?