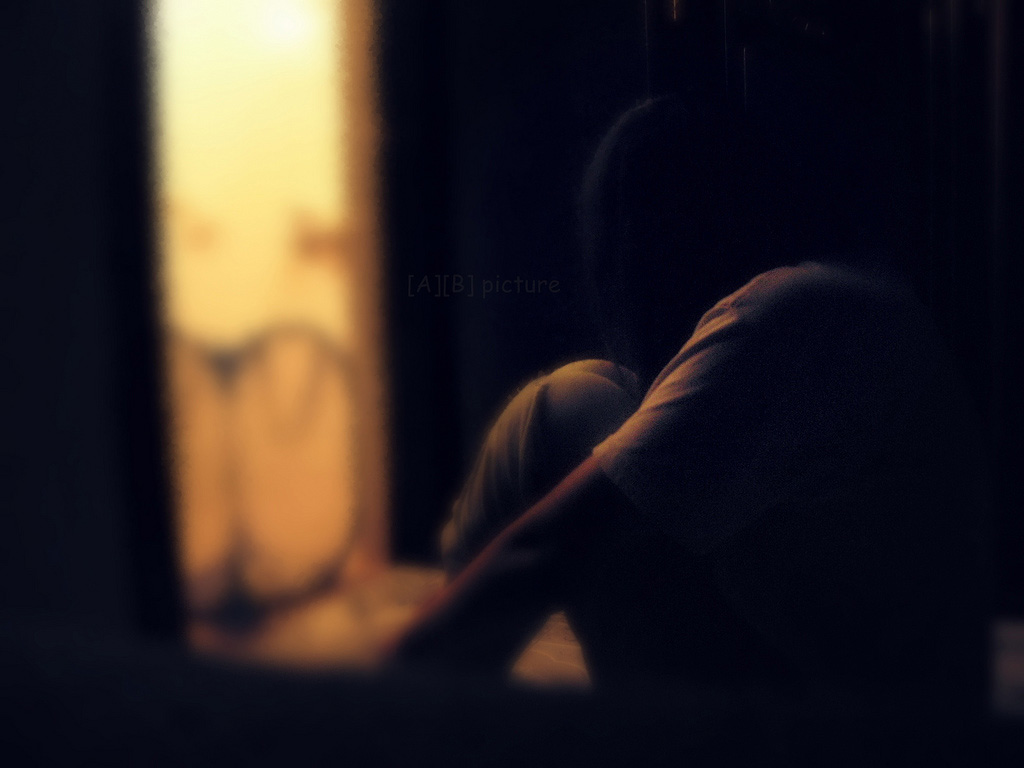 From a Pastor’s Heart: I Have Looked Into Her Eyes

It’s been an interesting couple of weeks here at Theology Mix and in the social media realm. During that time I have written a post calling on Focus on the Family to remove a pamphlet that, in my view (and the view of many), supported the Abortion Pill. I also made the decision to bring JD Hall onto my podcast “After the Sermon” to discuss a related issue that involved a recent article in Christianity Today written by Karen Swallow Prior.

Since writing that post, and recording that podcast, I have been bombarded (along with Theology Mix) with passionate tweets, Facebook messages, and comments from those who take a different approach. As I reflect on the concerns that have been raised, there are a number of things that I want to address at some point. One of those items is the striking similarity between the righteous indignation that people feel against me, and that which I feel against those who soft-peddle the abortion issue. While we vehemently disagree, we seem to act the same towards those we disagree with passionately. We’ll save that for another post.

Another item, which I want to discuss here, is the charge that has been mounted by numerous individuals about the use of the term “murder” or “murderer” when discussing abortion. That charge goes something like this,

“If you had to look a woman in that situation in the eye, you wouldn’t use that terminology.”

The hypothetical situation always gets increasingly more sappy as they try to convince me that if I understood the hurt and pain of the mother, I wouldn’t use words like “murder,” “kill,” or “murderer.” If I just had the chance to look her in the eye, to see her pain, I wouldn’t use the term murder. I wouldn’t call the sin…sin. No, instead, I would comfort the afflicted and tell them how much Jesus loves them. That’s the story they tell to prove their point. That’s the picture they paint.

Most people will submit to that line of reasoning because there’s a hint of truth in it. Most have never seen her. They’ve never looked into her eyes. They’ve never had the courage to volunteer at the local Pregnancy Resource Center. They’ve never worked up the nerve to actually go and stand at the abortion clinic. Not even just to pray. So it’s true, maybe they would act differently if they were to come face to face with her. Maybe they wouldn’t call it murder. After all, how could they know?

There is a way we could find out. There is a way we could discover if the hypothetical holds up in the real world. We could go. We could join the Pregnancy Resource Center and sit across the table with her and her boyfriend. We could decide to take one afternoon a week and go to the abortion clinic. We’ll just pray at first. That’s all, just pray and watch. We could see if the protesters are as crazy as the world wants us to believe. We could go and see if the women really are all hurting, struggling, and in desperately impossible situations.

Back in 2014, I was compelled to go. I went and joined the board of our local Pregnancy Resource Center. I began going to the local abortion clinic every week for a couple of months. At first, I just went to pray, and watch. Then I went with signs. Signs that said, “Babies are Murdered Here” and “We’re Praying For You” and “There’s a better way.”

I looked into her eyes…and his eyes. That’s right, the fathers were often there, too. The picture they painted never had him in the picture. What else did I see?

I saw a woman who would pay for an abortion every time she saw us. She was Catholic. That’s what she said. I saw a woman in full religious garb (Muslim?) refusing to go in, but willing to stand outside and accompany someone else. I saw two women laugh at us, curse us out, and tell us to, “Shut the [expletive] up,” even though we weren’t even saying anything. I saw the middle finger, and heard the beeping horns, and screams from passers by yelling, “Kill the babies, kill ’em all.” I saw dad, or grandpa, sit in the car while daughter or girlfriend (or victim) hobbled to the car across an icy snowy parking lot. He didn’t even get out to open the door. I saw young man after young man cavalierly smoke cigarettes outside the clinic because they lacked the intestinal fortitude to raise their child, or to be an accomplice in its murder.

I don’t want to be unbalanced here. I saw a young couple that didn’t know what to do. He was going to jail, and she was pregnant. With him in jail how could she care for a baby? I saw thumbs up, and passers by slow down to thank us. I saw a lady thank us for standing for life because doctors told her to kill her mentally challenged boy. I saw him too. He was happy. I saw women going in joking with their friends and coming out with heads hung low. I saw her. I looked into her eyes.

I didn’t see hardly any pastors. In fact, I only saw one other pastor…once. I didn’t see all the people arguing on social media out there. Maybe they were discussing it passionately on Twitter and Facebook. Maybe they were busy battling some little known podcaster, or a well known pastor, or blogger. Maybe they, like me, were thinking up their next blog post about the issue, rather than actually facing it? I didn’t see any of the hundreds of people who went to the Pregnancy Resource Center’s year-end fundraising event out there either. One thing I saw quite clearly was the cowards on the front lines of the battlefield. They were us. Our absence was telling.

Probably the most disturbing thing I ever saw I never shared with too many people. Most wouldn’t be able to stomach it. I know for Mike, Helen, and me it was the most sobering moment of our efforts outside of Dr. Amy Cousin’s offices in Vestal, NY. As we always did, that day we held signs and prayed. It was cold as I remember it—cold and quiet. We had seen a few people go in, but none came out. Maybe one or two came out, it’s hard to remember now. After a bit of lull, a mother came out of the abortion facility with what appeared to be an 11 or 12 year old child. This was strange because we were told they don’t typically allow children into the clinic. The reasoning, so we were told, was that it would get mothers thinking about having a child. It would upset them and they would leave.

As the mom and daughter walked slowly across the parking lot towards where we stood, mom held the child close as they walked. I thought, “Who would bring their child to an appointment like this?” Then, in a single moment it dawned on all three of us at about the same time.

The child was holding the brown bag!

The brown bag is what they give to women who have just had an abortion. The bag, at least we were told, had some sort of medication and a memorial stone. It was as if we all noticed at precisely the same time. The mood immediately went dark and somber. It was similar to that feeling you get at a funeral right before the funeral starts. You’re just sitting there. Waiting. Contemplating the loss.

In this moment, the horror was far too much for any of us. Tears welled up. We men swallowed deep and pushed it back. The dear woman who stood with us sobbed. A child had just killed her child. There were no words to say. We held the signs but the deed was already done. The look on their faces told the whole story. They knew what they had done. We knew what she had done. Mom knew she was an accomplice, and daughter was distraught not knowing quite what to think.

In that moment, I looked into her eyes.

I saw the pain. The hurt. The hypothetical “her” stood right in front of me. Words cannot express the horror, the heartbreak, and the damage. The tears we fought back, and the lump in our throats communicated it all. We could do nothing. We couldn’t help. We had nothing to offer. We couldn’t fix it. We knew it. They knew it.

Christianity Today, Pregnancy Resource Centers, CareNet, all those passionate social media commenters and tweeters, JD Hall’s haters, all want me to say that in this moment I wouldn’t call it murder. They want you to believe that in that moment compassion, love for people, kindness, and empathy take over and you realize how foolish it is to call it murder.

I’m writing to tell you the opposite happened to me that day. As the car drove away, my silence ringing deep into my soul, I realized how inadequate I was…am. I thought, “What is there to do? What could I say? What good would it have done?” I could think of nothing that would have had any value to this person. Could I be nice enough? Could I be compassionate enough? Could I give enough hugs or pats on the back or buy them enough cups of coffee? No! All of this was profoundly absurd in that moment.

All of my kindness, all of my compassion, all of my kind words, all of my packs of diapers and wipes and dollars could do nothing for her. They were empty platitudes that did nothing. All our strategizing, meeting, budgeting, and organizing were all for nothing.

I realized in that moment that all I have is Christ.

So far from turning to my own compassion, I found myself desperately dependent on the compassion of Christ. I was asked, for this post, to answer a seemingly simple question: How would I provide comfort to someone who had an abortion? What would I say if I met this young girl again? What pamphlet would I walk her through or what four week course would I sponsor her for? None. None of it.

Listen, Friends and Enemies, alike: I have looked into her eyes. I have seen her time after time and I am left with Christ alone to give. If that approach warrants charges against me of heartlessness, hatred, insincerity, hypocrisy, ignorance, immaturity, insensitivity, irresponsibility, mental instability, or arrogance, I grant them all. I am all of it and more. It is for that very reason I say, “Murderer, come to the Savior. My sweet nothings are nothing indeed and will do you no good. But Christ! He will save your soul. Repent and believe.”

Want to read some more of my experiences at the abortion clinic? Visit this link: http://jeremylundmark.com/category/at-the-clinic/ 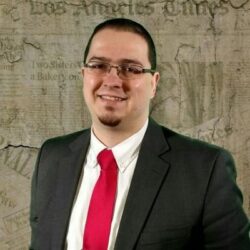