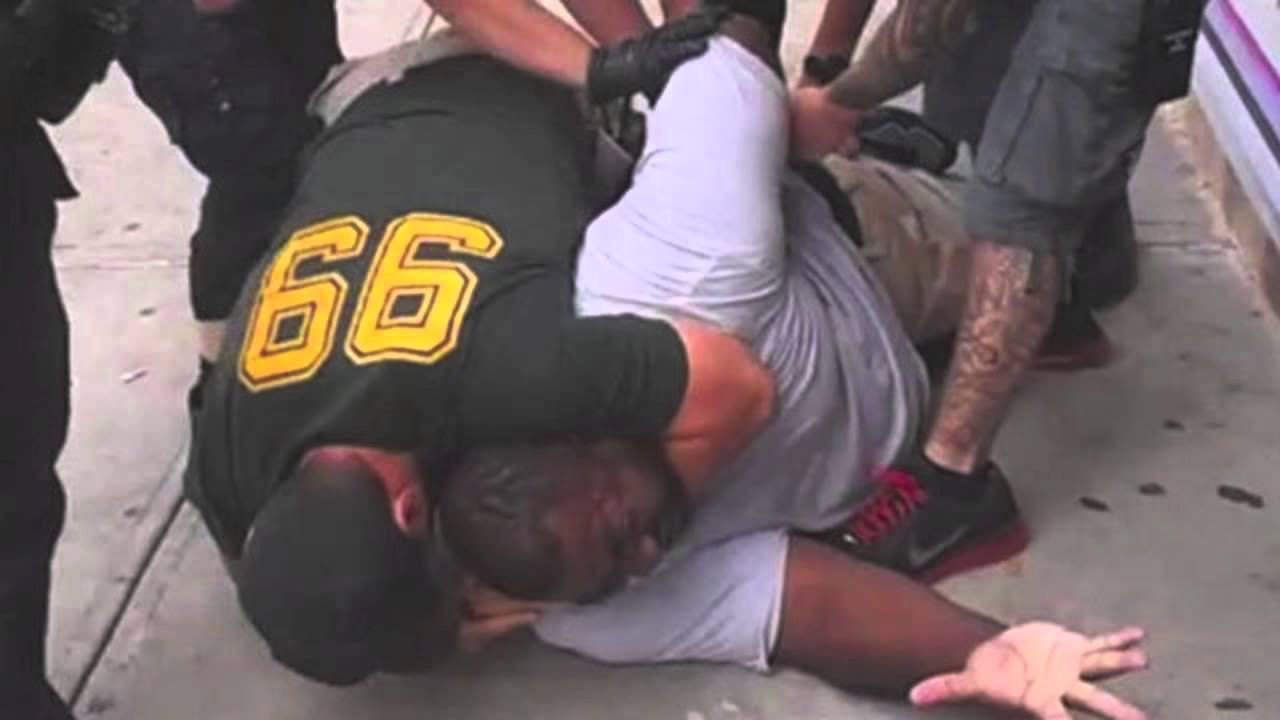 It's Not a Crime to Kill A Black Man

I hit a breaking point today.

I’ve had moments of anger and frustration as I’ve read, talked to, and dealt with racist idiots from every background. Today’s breaking point stemmed from the announcement that the grand jury would not be indicting police officer Daniel Pantaleo in the death of Eric Garner, a man who died as the result of being choked by the officer.

What makes this incident so poignant is that the entire thing was caught on video. Unlike the Ferguson incident, Pantaleo vs. Garner is not a case where we have only the survivor’s version to be corroborated or repudiated by the coroner’s report. It is intense, so if you aren’t keen on such content, you can skip the video.

Everyone can clearly see Officer Pantaleo choking Mr. Garner. It’s indisputable. It BOGGLES my mind that the grand jury would not indict. Many others are blown away. Those of us who are shocked and, yes, I’ll say it, outraged, by the behavior of the grand jury are crying out for justice. It is not just that a law enforcement officer can break departmental guidelines (the NYPD banned the chokehold in 1993—NY cops have had over 20 years to learn this lesson) but that the officer’s behavior that led to the death of the civilian does not carry criminal punishment.

I confess, I am not a lawyer.

I have, however, seen every single episode of Law and Order (yes, all 20 seasons). That pretty much makes me an expert in all things New York and the criminal justice system (if I have to tell you I’m not serious you just need to close this right now—right now—don’t even read another word).

No, I’m no lawyer, but I’m an intelligent human. I know some big words like manslaughter and negligence. Even criminals in the middle of a felony can be charged with felony murder if someone dies in the commission of their felony—even when the death was not intentional. Since Mr. Garner died as the direct result of Officer Pantaleo’s actions, it seems just that the man responsible ought to suffer consequences.

Yes, this is a justice issue.

That means it OUGHT to be a Christian issue.

It took me all of 10 seconds to run a search in the Bible (ESV) and see that the word justice appears 138 times.

“For I have chosen him, that he may command his children and his household after him to keep the way of the Lord by doing righteousness and justice, so that the Lord may bring to Abraham what he has promised him.”
–Genesis 18:19

How do you keep the way of the Lord? By doing righteousness and justice.

“You shall not pervert the justice due to your poor in his lawsuit.”
–Exodus 23:6

Everyone gets equal justice, regardless of wealth or status.

“You shall not pervert justice. You shall not show partiality, and you shall not accept a bribe, for a bribe blinds the eyes of the wise and subverts the cause of the righteous.”
–Deuteronomy 16:19

Justice is meted out with equality without favoritism.

“Give justice to the weak and the fatherless; maintain the right of the afflicted and the destitute.”
–Psalm 82:3

The underdog and disenfranchised has a God-given right to justice.

“Woe to you, scribes and Pharisees, hypocrites! For you tithe mint and dill and cumin, and have neglected the weightier matters of the law: justice and mercy and faithfulness. These you ought to have done, without neglecting the others.”
–Matthew 23:23

Showy religion is no good without justice, mercy, and faithfulness.

But then come the rebuttals:

“The Grand Jury decision stands—you should accept it and move on.” (I was actually told this today.)

This is foolishness. Grand juries are made up of fallible humans. They don’t speak with divine authority. They are not the end-all of the justice system. No matter how hard we try, there is always something in us that skews how we see things. We approach all of life with an interpretive lens. The difficult thing in moving past racial tensions is to learn to see others through their own lenses rather than our own.

If a system has flaws and errors it is our obligation to speak up and to fix those errors, not to sit back and let injustice rule the day and try to “move on.”

“This is only an issue because of race-baiters who want a ‘war on whites.'”

This is not foolishness. This is the most idiotic thing I’ve ever heard. Eric Garner didn’t need to die. Eric Garner shouldn’t have died. The fact that he died and that the criminally negligent perpetrator is not being charged is an abortion of justice, the kind of justice God repeatedly calls us to pursue.

This is not a race issue. This is a humanity issue. It should not have mattered what ethnic groups were involved. It should not matter what YOUR ethnic background is. This story should stir us all.

This is not a race issue. This is a humanity issue.

What saddens me about white America’s response (yes, I’m going to make a broad, sweeping generalization) is that, rather than listening to the outcry of the black community and those who stand in solidarity, many are trying to deflect. Deflecting is an argumentation technique where a person who feels attacked/criticized tries to steer the conversation in another direction RATHER than addressing the issue at hand. We do it all the time. My wife and I do it to each other. We now call each other on it. She’ll tell me, “You’re deflecting. Can we talk about what I’m saying?”

White America is deflecting. Rather than listening we throw up statistics and bluster, “Well, why don’t you make a fuss about black-on-black crime?” or “What about the little white boy that was killed by three evil brown-skinned thugs?”

Instead of addressing the issue at hand we try to make it about other issues.

From a biblical point of view, Jesus addresses it best when he tells us that we ought to treat other people the way that we would like to be treated.

In all of my legal expertise I have no idea where things will go from here. In my reading of the Bible I can tell you that we need to change our lenses and treat others the way we want to be treated.

We need to be people that pursue justice—for every race.

Do me a favor and share this post, would you? This is a message that everyone needs to hear.