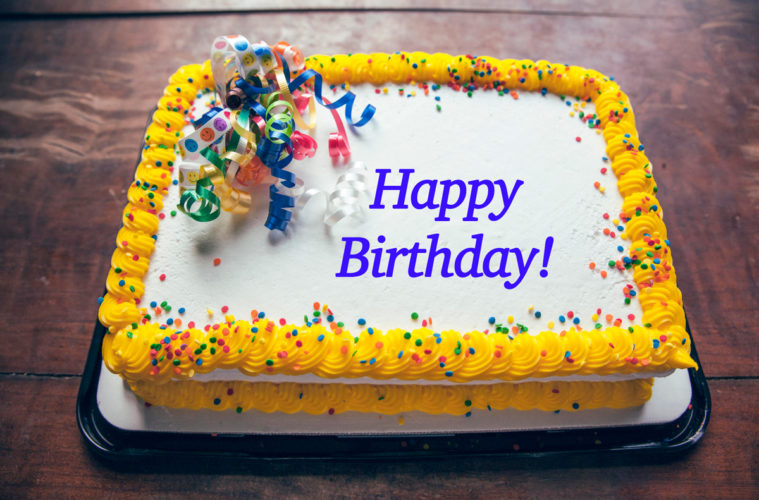 Happy Birthday: Another Year Older and the View Ain’t So Bad…Mostly

I am now 6 years older than my father was when he passed away. A life of smoking cigarettes and cancer took him from us too soon. Cancer interrupted my life, as well, but I survived. There were a lot of other things that endangered my life throughout the years. 31 years in police work will do that, but all those incidents were to be expected. Cancer? That will get your attention every time. It’s been 12 years since that diagnosis, so I guess I’m truly “out of the woods”—at least for now. For the most part, I look at every birthday as a win; another one in the bank, sort-a-speak. Besides, why worry about the inevitable?

“And who of you by being worried can add a single hour to his life?” –Matthew 6:27

But the changes that age brings are not lost on me. I celebrated my birthday with a weekend getaway in the mountains around Julian, CA. We rented a cabin outside of town, above Lake Cuyamaca. Nice place tucked up on a hillside. After parking in the driveway, we had to climb 90 steps to the front door. I didn’t think much of it. I grabbed two or three bags and hoofed it up without a second thought…until about twentieth step. The elevation of 4000’ had an impact, but there was no doubt that I was not in the shape I used to be. From then on, I paced myself a bit and made the other trips back and forth without vapor locking, but it was a reminder of where I was on life’s journey.

Similar things have happened to me before.

I’ve been SCUBA diving since I was 13 years old, but I don’t take on the kinds of dives I did when I was a teenager…not even when I was in my 40s. Age and multiple surgeries have taken a toll. I still dive, but a couple of times fighting current and physically helping other divers in trouble taught me Dirty Harry knew what he was talking about when he said, “Every man has got to know his limitations.” I’ve also read accounts of divers over age 50 getting in over their heads and paying the price of not being honest with themselves about their age-induced shortcomings. So I stick to warm water, fair seas, and practical depths. Most importantly, I remain honest with myself and the boat’s dive master.

Since my retirement ten years ago, I make sensible efforts to stay in reasonable shape through exercise and a temperate diet. I’m no food fanatic, nor will I be a sexagenarian Tarzan. I prefer to be rational about these things. I enjoy the extras I can afford on my budget and that my body will allow, but I’m dedicated to moderation. I figure this way I can keep death at bay for a time, unless I’m run over by a bus or something equally unexpected. Nobody lives forever and I anticipate “another shoe will drop” on down the line, but there’s no need to hurry the process of aging. I mused the other day that the growth in the first twenty years of life is amazing. It’s just too bad a balance comes due between ages 60 and 80. Perspective is everything at this point.

As Mother’s Day and Father’s Day approach, I’m reminded that I have neither. Mom and Dad have passed on. With the loss of my mother-in-law this year, my wife finds herself in a similar state. But we enjoy the holidays from a different standpoint. We’re the parents of two fine boys and we are grandparents as well. These are roles that we cherish and that have enriched our lives immeasurably. We will mourn our parents, but we will enjoy the time with those we have raised as “Mom and Dad.” This is another benefit of God’s blessings and living long enough to delight in them.

Current trends in society give me pause and concern about the future. I don’t like most of what I see in the deterioration of basic Judean/Christian values and the rise of secular antagonism towards God and anything considered “religious.” I prefer atheists and agnostics who are as indifferent to people of faith as we are towards them. After all, they’re the ones who will reap the fruits of their own choices.

“Do not grow stubborn as your fathers did
in the wilderness,
When at Meriba and Massah
they challenged Me and provoked Me,
Although they had seen all My works.

Forty years I endured that generation.
I said, ‘They are a people whose hearts go astray,
and they do not know My ways.’
So I swore in My anger,
‘They shall not enter into My rest.’”
-Psalm 95:8-11

I have my own reservations about churches and how they’re run by my fellow inferior beings, but the current plague of “preferences over principles” is disturbing. The consequences are already showing profound repercussions in continued conflict and divisiveness. I pity those engaged in my previous profession, because they will suffer greatly…murdered by the barbaric, oppressed by the corrupt, blamed by the inept, and forced to face the victims who will look to them for answers. I only hope rational minds will eventually iron out the cultural wrinkles caused by the chaos…sooner rather than later.

In the meantime, I wish you all well, a happy spring and pray that we all will “rest in God’s peace.”