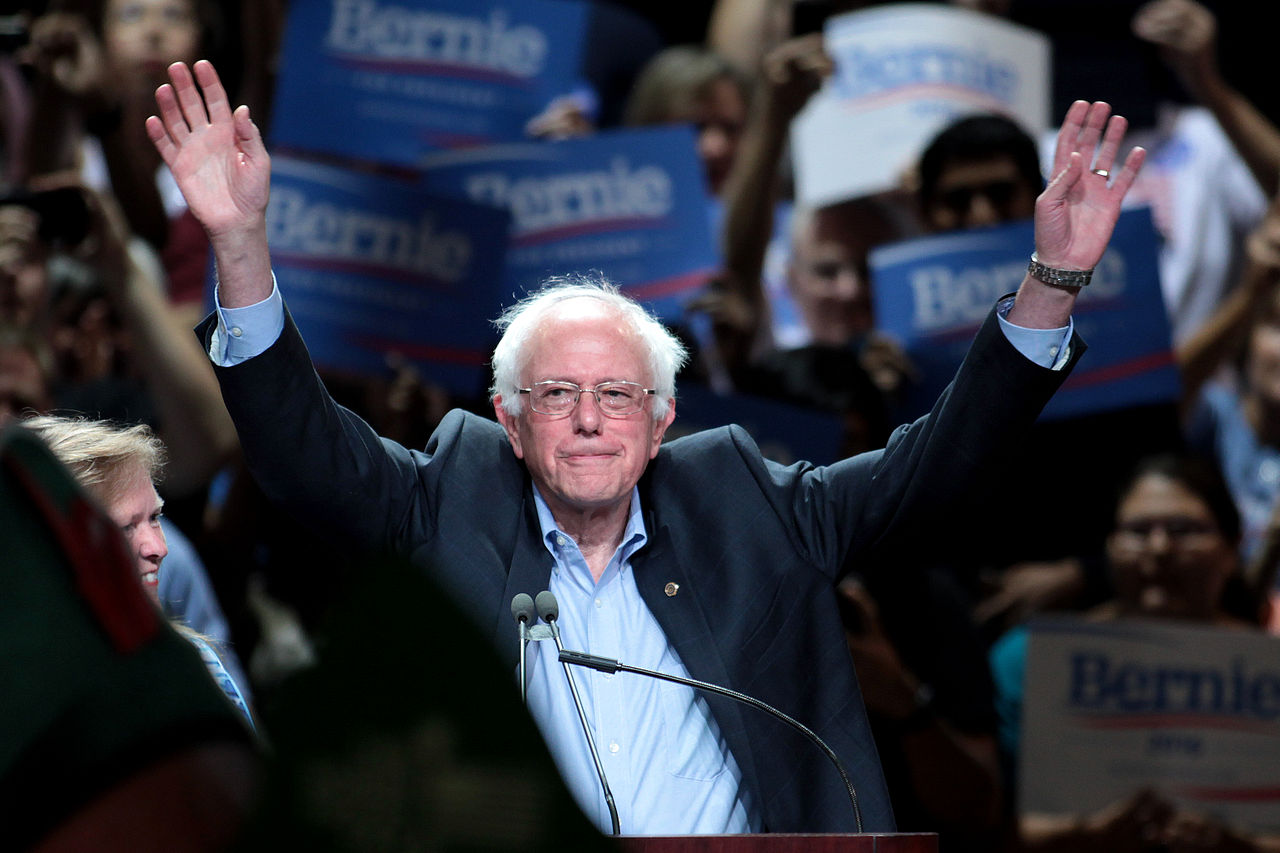 Why Is God Relevant? An Open Letter to Bernie Sanders

The Question Posed to Bernie Sanders

In the most recent CNN Democratic Presidential Debate Bernie Sanders was asked a very pointed question from an audience member.

“Is God relevant? Why or why not?”

Sanders answered, (Watch Here) “Yes” and went on to explain that the reason is because all religions hold one thing in common: Do unto others as you would have them do unto you. Citing Christianity, Judaism, Islam, and Buddhism he suggested that when we are talking about God we are talking about the golden rule which all religions hold in common. It is interesting to me that Sanders diverted a question about God with an answer about religion and a particular religious principle.

We have a fundamental problem in our society when it comes to religion. That fundamental problem is that the vast majority of proponents of Christianity, Judaism, Islam, and Buddhism (ad infinitum) are more concerned about what they feel about their perceived God than they are about the objective facts about him.

Let’s start there: Him. The question “Is God relevant?” is not a question about religion, or a particular set of religious principles. It is a fundamental question about a person. A person, by the way, that many do not even believe exists. If God doesn’t exist, then “he” is highly irrelevant and so is our very existence. I know atheists hate when Christians say that, but at the end of the day all an atheist has is meaningless materialism with self-projected “meaning” that is otherwise non-objective. It’s based on how one feels, not based on what actually is.

Setting atheism aside for now, simply noting that “God” is a “person” makes the question much simpler to answer. Particularly if you believe in some form of theism. If God exists in any form he is supremely relevant. If God exists, then he is the master designer of the universe and he is particularly the designer and developer of each one of us. How God made us, why God made us, and whether or not we are with him or against him becomes supremely relevant questions when you consider God as a person.

Notice, at this point, I haven’t even gotten to a particular view of God. This is just what makes any notion of theism relevant. If there is a God, it is supremely relevant because it is from him that we will all find our meaning, purpose, and direction.

God Is a Distinct Person—Confusing Him With Others Is Relevant

Is Bernie Sanders relevant? Why or why not?

Now, in response to that question suppose I said, “Yes, and here’s why. When we talk about Bernie Sanders, whether it’s Democrats, Republicans, Libertarians, or Constitutionalists, what we are talking about is what all parties hold dear, and that is a political process by which people choose elected officials.”

Obviously this is a completely ridiculous answer. First, there is no Republican Bernie Sanders. There is no Libertarian or Constitutionalist Bernie Sanders. Bernie Sanders is a person, who happens to be a Democrat. Second, The question had nothing to do with political process or parties. It was a question about a person. A very distinct and specific person.

The God of the Bible Exists, And That Is Highly Relevant

If the God of the Bible exists, then none others do. Islam, Buddhism, Judaism all become futile practices of idolatry and to talk of them in the same breath is to offend the God who does, in fact, exist. Now obviously they will disagree with me for their own various reasons but in disagreeing with me, they demonstrate my point against Bernie Sanders’ remarks. Each of them view their god as distinct from the others. For Sanders to lump them altogether misses the real reason why “God” is truly relevant.

If the God of Scripture exists then it is relevant for two very specific reasons. First, because he is the supreme ruler of all things, and is to be feared and revered. That is highly relevant for all of life’s decisions and it is highly relevant regarding who we elect and how that elected official governs. God, through the Scriptures, instructs our elected officials in the extent of their power and the ways in which they should determine what is right and what is wrong.

Second, because according to Scripture we are all sinners in desperate need of a savior. A savior that no other major religion offers. While Sanders may or may not be correct in citing the Golden Rule as something we all hold in common, it is not the most central tenet of Christianity. Doing good to others, and balancing out a moral scale of justice may be common to all religions but in Christianity there is component that all other religions are lacking. Not a component so much, but a person.

While most religions seek to hand down a set of rules to live by, Christianity sets forth a person who lives by the set of rules on our behalf. Christianity recognizes a universal moral law, and a lawgiver, but it goes so much further. Christianity acknowledges that we are a lawless people. We are not inherently good but, in fact, an inherently wicked people. Our inability to live up to any standard of law, yes ANY law, requires the need for a solution that is outside of us. A foreign righteousness you might say.

The God of Christianity, the One True God who singularly exists among a pile of man-made idols, provides not only a law and a law giver, but a law keeper who willingly accepts the just punishment for all the law breakers and credits them with his inherent righteousness. THAT is highly relevant.

God is relevant not because he is an “idea” that leads to relatively good moral behavior. Rather, God is relevant because he is a “person” that actually exists. A person who saw fit to create and to make mankind a part of that creation. He alone is the source of what the rights that the Declaration of Independence acknowledged as “life, liberty, and pursuit of happiness.” God is relevant because we are law breakers. We break the laws of all religions and philosophies leaving ourselves unjust even by our own measly standards. Yet God, the Law giver, sent His Son Jesus Christ, the Law Keeper, to save us, the Law breakers, that we might be children of God.

“And He has made from one blood every nation of men to dwell on all the face of the earth, and has determined their preappointed times and the boundaries of their dwellings, so that they should seek the Lord, in the hope that they might grope for Him and find Him, though He is not far from each one of us; for in Him we live and move and have our being, as also some of your own poets have said, ‘For we are also His offspring.’ Therefore, since we are the offspring of God, we ought not to think that the Divine Nature is like gold or silver or stone, something shaped by art and man’s devising. Truly, these times of ignorance God overlooked, but now commands all men everywhere to repent, because He has appointed a day on which He will judge the world in righteousness by the Man whom He has ordained. He has given assurance of this to all by raising Him from the dead.” Acts 17:26-31