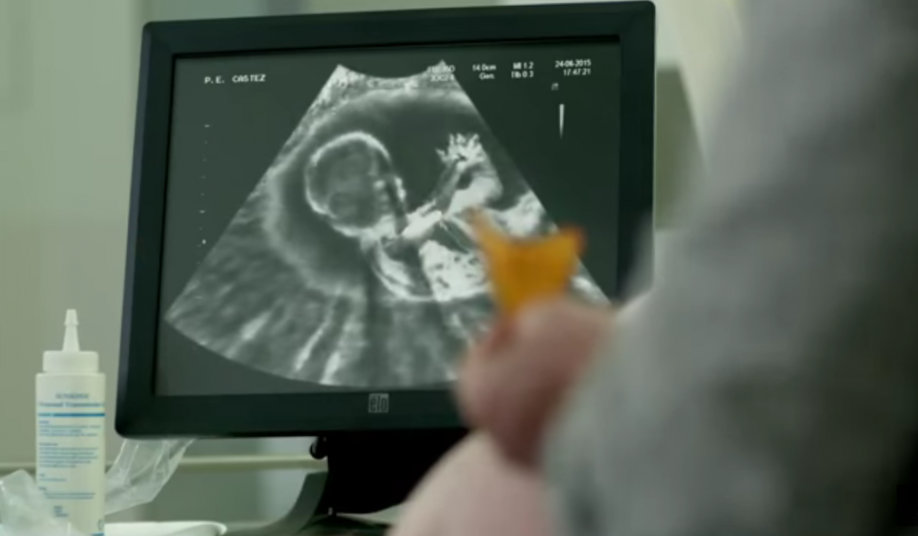 NARAL (National Abortion Rights Action League) is angry that during Superbowl 50, @Doritos used what they call, “an #antichoice tactic of humanizing fetuses,” by featuring an ultrasound of an unborn baby moving in the womb. NARAL knows “humanizing fetuses” typically breaks the denial of post-abortive women. Ultrasounds outline that fetuses are not “blobs of tissue,” but tiny humans.

“You were wrong, Sydna. My abortion was the best choice. I feel relieved!” the woman outlined. While my heart broke to hear her choice, I had experienced the same relief—or denial—when I aborted in 1981. This solace is normal yet often temporary. Viewing my unborn son on an ultrasound screen at sixteen weeks shattered my mistaken mindset that I had only lost a a “blob,” and not a person.

After an abortion, many simply ignore reality or fact, acting like negative feelings do not exist. Denying the humanity of our unborn children can lead to choosing abortion again and again. Viewing my son kicking me and sucking his thumb ended my abortion denial permanently.

During my intake at the Indianapolis abortion clinic in 1981, I asked if abortion would impact me at an emotional or psychological level. By asking the question, I knew that emotional regret was possible. Denying that possibility started when I believed her answer, “Not at all. It’s just a blob of tissue and this will make your life much better.”

Afterwards, I simply would not allow myself to think about it. To help me forgot, I began a series of dysfunctional behaviors like drinking and taking drugs. I even embraced pro-choice political activity. That didn’t last long because I actually had to hear the “A” word often, which triggered deep pain.

I actively avoided the “abortion” word for years. When a news program introduced the topic, I’d change channels. If a newspaper article focused on abortion, I’d move to another section. Just reading the word could unleash agony!

Before the release of the 2015 Planned Parenthood videos from the Center for Medical Progress, post-abortive people could remain in denial over their loss unless it was triggered. These videos have unleashed an entirely different reality and anguish. Millions are now faced with the humanity of their lost children. Blobs don’t have legs, arms, livers, brains, etc., that can be sold for profit!

In serving as an international leader of abortion recovery efforts since 1991, I’ve interacted with tens of thousands of post-abortive people all over the world. Here are some things I’ve learned:

–Every time the word “abortion” is featured in the media, the pain within the unhealed post-abortive heart is ignited. What steps we take with that agony depends on how comfortable we are in sharing this secret. Most work very hard to revert back to a denial mindset and simply avoid the topic. However, with more legal action involving these videos, simple avoidance is no longer possible.

–Graphic footage and tasteless comments from abortion providers in these videos about “war torn” aborted children unleashed a new outrage in post-abortive hearts. We were clearly lied to about the humanity of our unborn children. Without processing this anger in a stable and Godly manner, abortion’s wounded can become overwhelmed with rage. Some may also become suicidal with the understanding their “blob of tissue” was a tiny human.

–Many post-abortive people can dig deeper into their denial mindset, refusing to consider that these videos spark any related agony. Because they continue to hold fast to the belief that their abortion was a good choice, most continue to defend the monstrous techniques employed by Planned Parenthood. These may have experienced abortion multiple times.

Regardless of pro-life or pro-choice perspectives, internal battles to IGNORE abortion pain requires a great deal of emotional energy. Anger is a close ally in this endeavor. These are the faces on the pro-abortion ranks that openly rage against anyone with a life-affirming perspective. Please respond with grace and mercy when encountering this defense.

Because of the denial shattered by these videos, many of abortion’s wounded are now seeking out recovery programs, as shielding their hearts with denial is no longer possible. They need a new way to cope with this pain.

Abortion’s wounded are also privately seeking help from clergy and loved ones. These private confessions are educating our community as to the particular agony that has festered within many congregations.

I’ve had no choice but to “make peace” with never knowing if my aborted child’s body was sold for medical research. So will every 1 out 3 American women who made this choice. That adds a new dimension of righteous indignation to our lives.

When you encounter abortion’s wounded, I beg you to be compassionate and loving, outlining there is no sin God cannot forgive. God loves the hardest of hearts and wants to use you to bring them to his saving grace and mercy.

Learn more on this pain that can impact one out of three American women by visiting your local pregnancy center or obtain my book, Her Choice to Heal. You can be the one God uses to help abortion’s wounded find his healing, peace and forgiveness.

And thank you, @Doritos, for such a great ad that positively outlines the unborn!