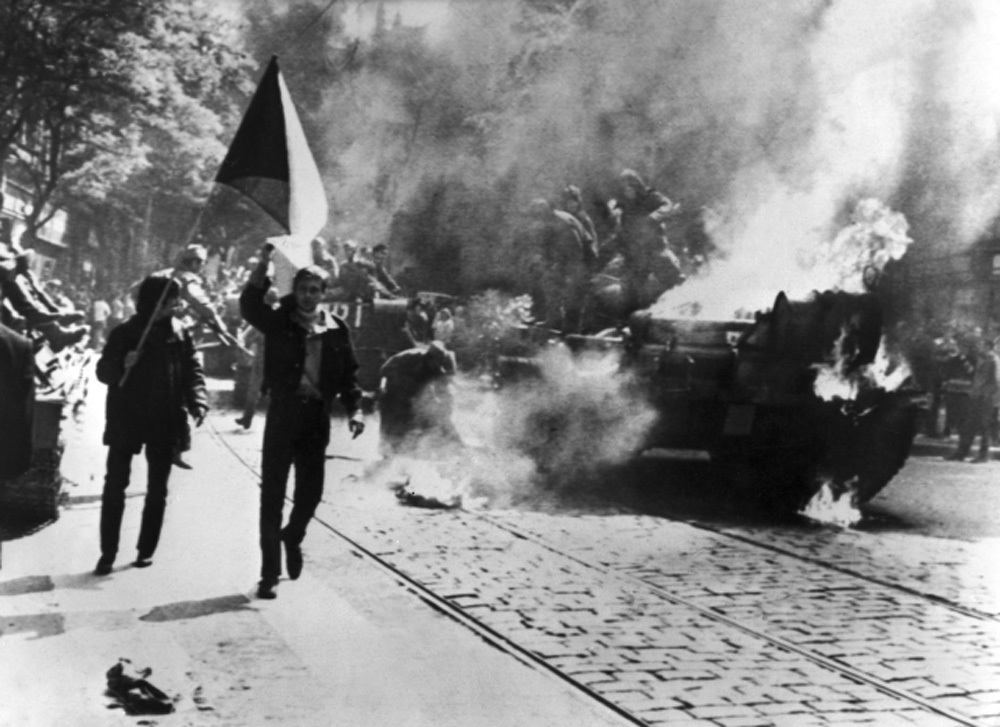 When the Culture Leaves Your Faith Behind

When the Soviet tanks rolled onto the streets of Prague in August of 1968, the citizens of that great city looked on stunned and confused. In a matter of hours the entire lives of a generation would change, but they had no idea in those first moments just how profoundly. A free and happy people were now prisoners of their own city, slaves to serve brutal foreign masters they had never known.

According to Prague Professor of Theology Jan Milič Lochman, there were two kinds of Christians present in the city: on the one hand, those who were so closely tied to their culture, even their Christian culture, were unable to face the fact that all they had known prior to that day was suddenly history. Many of them held high positions in the city—teachers, business executives, civic leaders, and the like. Now, just because of their faith, they were demoted overnight to the lowest rungs of society and condemned to menial labor.

Unable to adapt and adjust to this shocking new reality, they sank into constant complaint, depression, bitterness, and total ineffectiveness. They became what their captors wanted and expected of them, useless and irrelevant relics of the past.

But there was a second group of Bible-savvy, spiritually awake Christians who knew their history. They quickly sized up the new situation, rolled up their sleeves, and went to work simply being Christians. With the attitude, “Oh well, it was nice while it lasted,” they determined to serve their heavenly Master in whatever new circumstances they were given, no matter how menial or degrading. These believers clearly understood the new, rigorously anti-Christian environment created by those who were committed to hating their faith and eradicating it from the earth.

They also grasped the fact that as believers their citizenship was in heaven, and thus their first allegiance was to the Kingdom of God, not to any earthly kingdom or to any humanly devised culture. As “spiritual entrepreneurs,” they saw the opportunity in the midst of the calamity, then took action by becoming the best workers in town and gave to their new tasks all they had, achieving excellence in the work assignments given them. Forced to worship secretly and to stop talking about their faith publicly, they were left to living it out behind the scenes—praying, helping, encouraging, and working hard.

Over time their new masters recognized that the only excellence to be found in Prague, and the only people they could depend upon for honesty and integrity, were the Christians—the real ones. With the passing of days, they were slowly promoted from their humble and humiliating positions to those of authority and influence. The Communist leaders just couldn’t find any better people than the ones committed to another kingdom and another king. Unintentionally, they made themselves indispensable.

To the visitors of Prague during this period, what became evident was the fact that even in the most oppressive of circumstances many of the people could not be held down. They made the most of what they had, and found a way of being positive until better days arrived—a generation later.

In the United States today, the faith that found a comfortable home on this continent for two centuries is coming under heavy fire in a way never before seen since the founding of the nation. The Christian faith of our Founders, mainly a vital Protestantism, profoundly influenced our culture, even in all its distorted forms and its many divisions. It brought shape and direction to the best of what became known as the “American way of life.”

No, we aren’t and never have been a “Christian nation” in the sense that everyone was a committed Christian, or that American Christians have ever been all that good or Christ-like, but it’s still true that biblical faith has had more influence upon American morals, ethics, courtesies, and fundamental values than any other religion or belief system. Even the idea of “progress,” that driving theme of American industry, was itself a heresy of biblical thought—the conviction that tomorrow can be better than today only because God is wholly in charge and can make it so.

It is now widely recognized that Christian faith in America is declining rapidly and is being replaced with an aggressive and intolerant post-Christian syncretism—a forced diversity and leveling of all beliefs. Even in our churches and seminaries biblical faith and theology are being displaced by a secular, relativistic, universalistic, and materialistic folk-religion, just as virulent and dogmatic as any form of totalitarianism faced by Christians in the last century.

Whereas many evangelical Christians are expecting to be delivered from the coming storm by a soon-to-be “Rapture,” and others are convinced that a “revival” of the old religion and nation is just around the corner, we need to consider the likelihood that neither of these is the most obvious outcome. Many praying, Bible reading, and thinking Christians are seeing another scenario, what appears to be another Prague in the making.

But not this time with tanks and soldiers entering our cities from the outside, for decay has already eaten up the old America (and its church) from the inside, and Christians will see that what remains is quickly fading away into oblivion. Those believers who are too closely tied to that old culture will find themselves left behind and left out, utterly irrelevant to a hostile, brave new world.

When it finally becomes too evident to deny that what’s in store for us is not “Rapture,” but capture, then we’ll be forced to decide: are we going to be genuine disciples or the same old culture Christians? Are we to put our hands to the plow and serve our Lord with honor, integrity, and excellence—to stun the new world with a different order of human life—or shall we continue to be pretty much as we are now, in so many ways merely of the world, but not really in it?

What will be the biblical book of choice then? Daniel? 1 Peter? The Revelation? The church of Jesus Christ has been there too many times to count, and we shouldn’t be shocked and disoriented to find ourselves on the road so many of our brothers and sisters around the world have been called to trod.

The “spiritual entrepreneurs” of today’s church won’t shrink back in paralyzing fear, dread, and disillusionment. They’ll not only discern the times, but also take positive action on what they see. Opportunities closed to us before will open as we allow the Spirit of God to guide his church forward.

We might even start to pray fervently and without ceasing, and return to serious Scripture reading, rediscovering its God-breathed authority and time-proven power to transform human life and society. If we do, we’ll find there in our “family album” the long and consistent record of our God’s incomparable faithfulness in times just like these.