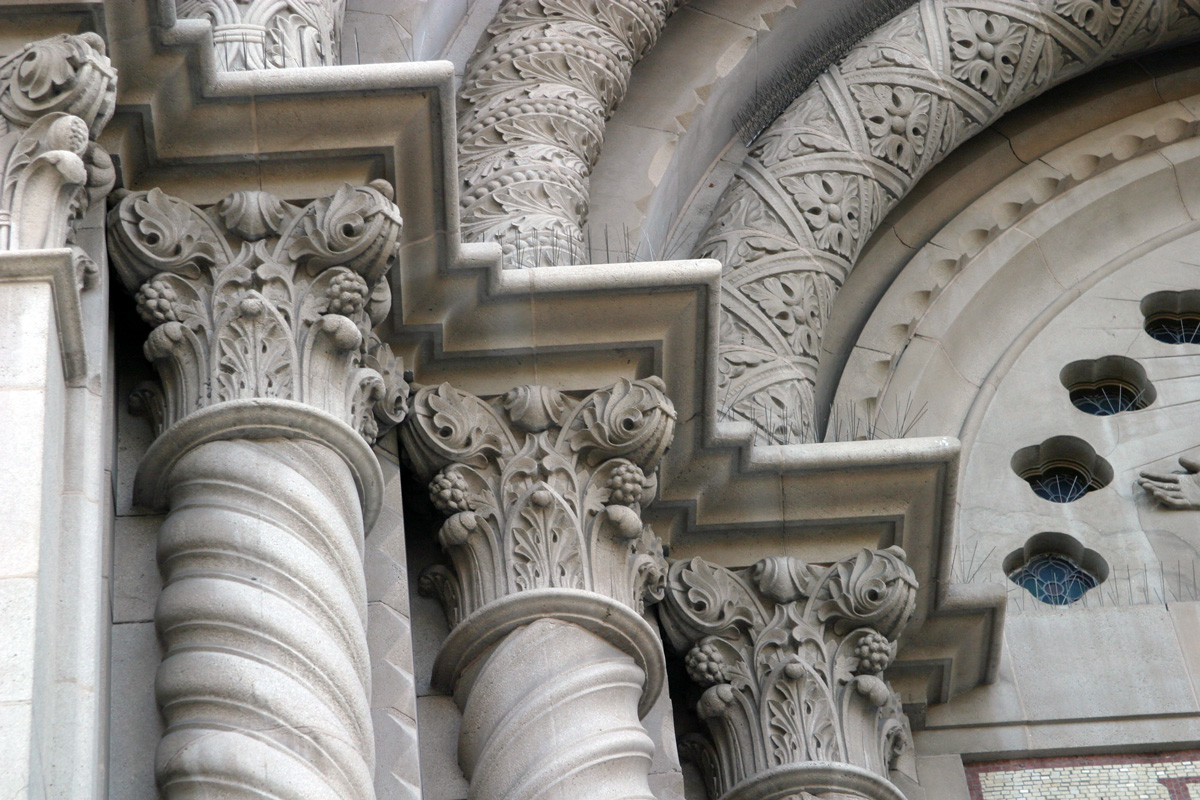 Just Hear Me Out: Church or church?

I’m going to be spending some time in September excerpting from chapter two of an upcoming book, Just Hear Me Out: Conversations in the Generation Gap, a conversation (hence the title) between Baby Boomers and Millennials regarding church, faith, and all that complicated stuff. If you want to learn more about the project, see our webpage, justhearmeoutbook.wordpress.com. If you’d like to be part of the ongoing research team for the project, find me on facebook and talk to me, www.facebook.com/jillwrites. We’d love to have more opinionated intelligent people on board!

And today, we’re conversing about church. Or Church. Whatever that means.

What is the church? Is it local or global? Made up of a stable body or fluid? Can a few people in a living room be considered the church, or is it more than that? Whenever faithful Christians attend churches in McKinney TX, at what point does the “church” become the “Church”? And which deserves our loyalty, if either? Do Millennials and Boomers really have completely different answers to these questions? As “they” are leaving “our” churches, or as “they” are shutting “us” out, can we worship in one body whose parts we all recognize? Or are the current battle lines merely going to make a corpse of that body?

The Fear of Death

Emily: We Millennials know that sometimes abandoning a battle is another way of winning. Like that story they tell in history class about how Russia killed Germany’s plans to invade simply by retreating and burning everything in Germany’s path. We are Russia. You are Germany. You may think, as you gain more traction and pass more old fashioned laws, that you are winning. But we aren’t leaving behind anyone or anything for you to build on. Eventually, your resources will run out. And then we’ll be back to reclaim our place, free of your restraints and rules. High ground isn’t much good without a shelter to keep out the wind. Morals won’t help build a fire.

So stop fighting us. We’re younger, stronger, and larger. There’s no way you can win this in an all out antagonistic fight. Diplomacy. Recognition that we are a source of power. These are the new trades of war.

Jill: Actually, I think we’re more like the UK than Germany. We already occupy the territory; we’re not out to conquer it. But we will bloody well hold that ground and not back down, should any stronger forces try to storm the gates. We will bar the gates and wait you out for as long as it takes. Yes, we will grow old and grey inside our churches, but we will still insist it is your loss because you would not cooperate. And those churches Will. Die.

What we’re missing is that if you are Russia, you are our allies. (At least, if we maintain the WWII history here. One must suspend disbelief of all history since then.) You’re not our enemy. You don’t need our stupid little island; you’ve got access to an entire Eurasian landmass if you retreat and do your own thing. And one day, those of us who are left will come out from behind our walls and discover that there is no longer anyone there. That’s my little world conquerors metaphor, there.

Emily: An excellent metaphor. Way to run with it. It’s a similar idea with dystopian novels–in almost every novel is a world whose leaders are corrupt and horrific–a government/position of power that was often set in place as a means by which to counteract a specific threat, yet years after the threat is extinguished is still in power and everyone just deals with it because it’s all they can remember and anyone who “remembers” differently disappears.

Now, I’m not saying we’re living in the apocalypse. I’m not even saying it’s coming this week. I have no idea when it’s coming. (No one has any idea, actually.) But we need to recognize that our actions will always push the world one of two directions ( I am loathe to use the pendulum simile, but there it vaguely is), and sometimes it’s really difficult to be certain that the action we choose really will push that pendulum the direction we were expecting it to.

Which makes it seem rather pointless to do anything if anything we do, we do blindly. But it’s not our fate to remain blind. We allow ourselves to be blind by repeating actions and ignoring consequences, without taking time to study and learn God. How can we buy a present for a friend when we don’t even know what kind of coffee she likes? How can we know what kind of getaway weekend our parents might appreciate if we don’t listen to their interests and get involved in their lives?

How can we pick one or two verses out of the overarching story of God and claim we follow God’s purpose.

Jill: “We Millennials know that sometimes abandoning a battle is another way of winning. We aren’t leaving behind anyone or anything for you to build on.”

It sounds like your strategy is to withdraw and create your own version of church, where the judgment and antagonism you often feel doesn’t have to be faced. You’re going to “unfriend” the Boomer church so you no longer have to deal with their drama-filled statuses. In fact, that’s what the church sees happening.

That’s a key we Boomers need to grasp. We know all the data about 60-75% of Millennials leaving the church. But often, we dismiss that data with the glib assurance that you will behave as we did. You will return once you start to settle down and have kids. You’ll yearn for the security of a church and a belief system that stands through the ages. And brings you casseroles. That’s our assumption, because that’s what we did. Except in your case, it will be gluten free, vegan, locally sourced casseroles.

Emily: Oddly, in our world of multi accepted truths, it’s becoming harder and harder to be Christian and to belong to The Church. This is only partially because of the stigma attached to The Church. The other part is–in a catch-22–because it’s not the norm, and therefore we need to know what we’re doing. We no longer have the excuse that the service is in Latin. Science and Christianity have declared a centuries old war on each other and I’m not even sure who started it. We need to know our faith in order for us to be able to defend it. And, for better or for worse, that is just too difficult/time-consuming/pointless a journey for a lot of people. Those of us who are still in the church are stronger for it, but most days we’re as much at a loss as you guys are about how to get the rest of the gang interested in working for their parents’ faith.

Jill: You can’t commit to “church” because you have to know and believe in what you’re getting yourself into to be comfortable jumping in. That’s fair. But your inherent skepticism, coupled with that technology-induced immediate gratification thing, don’t allow for “knowing” anything. That’s confusing. You’re right; we have to get to the core of that dilemma to solve this loyalty issue.

What do you think? Is the loyalty question something we can “solve”?