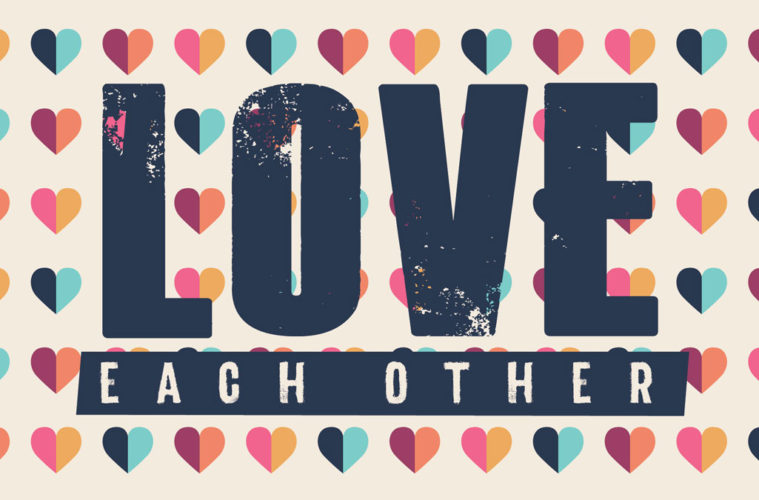 I, Natalie Taylor, Am Too Young to Give Advice

These past few days have been hell on wheels. Every time I use the word “hell” now, I keep thinking about some church person who said whenever I say “hell,” they’re offended. Besides this very grandfatherly well-known pastor said that…so I guess it’s alright. Anyway, I’m not cursing right now—technically, I don’t curse, just use it when trying to emphasize a point…and right now, I’m just using it as a metaphor for what I consider my life has become ever since Don and Darlene showed up.

Talking about them, Brad and I are in so much trouble. I’ve never heard so many in facts with threats of being fired.

“In fact, you both have shown an absolute, in fact, complete disregard for authority, in fact!” And Darlene’s gone, leaving us with Don.

“And your sense of impropriety will only be forgiven if you repent of your sinful behavior…repent, do you hear me, repeeeent!” Don’s preaching at Brad like he’s John the Baptist and Brad is all of the Pharisees of all of time in one lone dude.

At which point, the most deeply remorseful Brad starts laughing—well, not just starts laughing, he throws himself on the floor and is gone—clutching his stomach, tears streaming down his face. This is going down worse than I had even imagined. I’m trying to show a modicum of restrain and due deference…maybe, rescue the situation.

“And you, Natalie, I couldn’t expect anything else… What do you have to say for yourself?”

I do what any self-respecting woman in my situation does, I burst into laughter myself. It wasn’t just nervousness, it was because Brad was staring at me and making faces. So juvenile. Brad and I were both in hysterics at this point.

“You both can clear out your desks and leave right now…do you hear me?!” Don is screaming at the top of his lungs now and I think even the properties next door to us can hear him.

This is very frightening as no one has ever yelled at me before. Even Brad’s looking a little pale. Where there was laughter, there is now deathly silence.

“I think we all can hear you, quite well. Very well.” None of us had heard Allan come into the office. “Don, can I see you in Mark’s office?”

Sweet Allan. I’m thanking God profusely for sending him at that precise moment. Anyway, not sure what Allan said to Don, but Brad and I still have our jobs.

“So that’s about how it wraps up for the week at work…but that’s why I couldn’t meet you on Wednesday. Had to stay late to catch up with the extra work I had failed to complete…”

“I strongly suspect that you were given that extra work as a punishment for your sins.” Andrea’s laughing at my expression.

“It’s exactly what I had thought…but…you know, figured I was overthinking. It does seem really extreme for a pastor and his wife, don’t you think?”

“For most pastors and their wives…but Don and Darlene…” She stops. “They’re different, and this might sound like gossip…”

“Not gossip. We are ‘sharing prayer concerns.’”

“Okay…but I heard from one of the choir members whom I still talk to that Faith is also having some challenges with them.”

Faith? Now I’m interested. “I thought they got on really well.”

I’m really liking Andrea. She’s so down-to-earth. Nothing what I had expected. Although, one does bring preconceived notions about the “Scarlet” woman to the table. Why don’t we ever hear about the “Scarlet” man? Why aren’t both painted with the same brush?

Which reminds me…“tramp.” If a man is a tramp, he’s just a homeless person, but if a woman is a “tramp,” she’s a whore. I looked it up in the dictionary, too. I think this is very sexist.

I’m having a Walter Mitty moment and not paying attention to Andrea.

Boom! Boom! Boom! That would be me hearing my heart beating in my ear and I’m sure everyone else in In-N-Out Burger can hear it as well.

I’m feeling ill. What did she say about Faith and Tav? How can I find out?

“Shouldn’t what?” Maybe Faith and Tav are getting married and she spilled the beans and maybe, just maybe, she’s misinterpreting my reaction to hearing about Tav and thinks that I’m very interested in him. Furthest thing in my mind. I just need to know about Faith and Tav, because I like to know about things.

I think this week has definitely and finally made me go crazy. Stark. Raving. Mad.

“Shouldn’t have asked you to meet me.” I’m still staring blankly at her.

“You mean because you had an affair with upChuck?”

“UpChuck?” Now she’s staring at me.

“No, no. That is actually very insightful and appropriate.” She’s giggling quietly. It was at that moment that we both became friends.

“Not at all. Can’t tell you how much I appreciate your willingness to meet me for dinner. I just needed to talk…somehow you came to mind.”

“I’m not sure if I’m any help at all, but if I came to mind…you must be desperate.”

So I let her talk…and listening to her, I’m thinking, I’m too young to counsel anyone on such deep matters of life.

I know very little. This is what my parents usually do.

“It’s difficult to know how it all started. One moment, I was in the choir, very busy at work…no time for much social life. And there was Chuck. He’s a great musician—very intelligent, funny. Not like the typical guys I date. And he said he was separated…no one in church knew as it would only affect his job…”

“Separated?” That was a surprise.

“Yes. Anyway, he’d text me…then needed to talk on the phone…soon I was helping him as the music secretary…”

Andrea seemed a million miles away.

“There was a music conference and he asked if I’d like to represent the choir. It just seemed to make so much sense. You know, I was already doing all secretarial work—knew what kind of music he liked…didn’t have any commitments…”

I’m watching as she’s gulping down her whole glass of water. I can pretty much guess what happened. I’d heard the same story a dozen times from my friends.

“It’s been a great conference and it’s our last evening together. He walks me to my room…and…”

“I’ve never been like that before. Everyone has always called me a prude…”

“Don’t go beating yourself up any more. It’s over.”

“I feel so sick. Just want to throw up sometimes.”

“Good. Want to take a walk, it’s getting too crowded and my concert-blown eardrums aren’t helped by the noise in here.”

Actually, Andrea’s eyes were beginning to well up and I thought she didn’t need more attention.

“Well…he told me that he had to try and save his marriage. Natalie, I hadn’t asked him for anything. He was the one who initiated it all. He told me that he loved and adored me. I hadn’t even thought of a physical relationship with him. I’m the type of woman who always took ‘I couldn’t help it’ as a cop out for wanting to have sex with a guy. And here I found myself doing the very thing…”

“It’s done. You have to let it go. You can’t be so hard on yourself. If God could forgive David, you’re in good company.”

But she’s crying, and I figured it was better to let her cry it out. I’m wishing Tav was here. He’d know what to do.

“If only I felt like he had loved me…that it was out of love…not just because he thought I was willing and available… For me, it wasn’t like that… I really loved him. He was different.”

Through her tears, she smiles and says, “I know every woman says that…”

A smile to me is always a good sign and a promise of healing. At that moment, I knew Andrea was going to be alright.

“Andrea, he’s a complete… I’m not going to say it. But you’re a beautiful person. Don’t let one mistake change who you are. We’re all sinners. Just because the church singles out your sin and makes it the worst one…that’s just church.”

“It’s doing the wrong thing, sometimes, that is the right thing for us. Keeps us from becoming judgmental and self-righteous.”

“Like Faith. She was awful with me. Told me to leave the church and not to air my dirty laundry.”

“Faith would also like to be Tav’s wife, but Tav is too smart to fall for Faith.”

“I think you should talk to Tav.” I’m not even sure why I said that.

“No, really. I think you need to talk to someone…and he makes everything right.” At least, that’s how he makes me feel.

“You and Tav would make a great couple.”

“Liar!” Andrea’s teasing me now. “I’ve seen how he’s looked at you when I was there.”

“Actually, I sort of have a boyfriend. Frankie.”

“Anyway, you have to dump all your guilt and shame. It’s keeping you from becoming the amazing person God created you to be. Once you’ve asked God for forgiveness, it’s time to move forward and be positive and happy.”