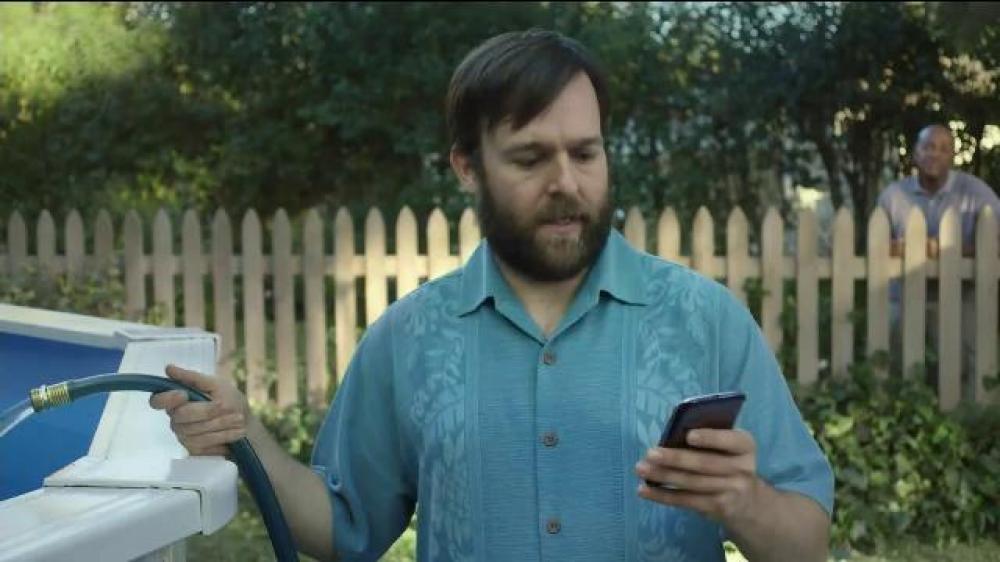 Death to the Dumb Bumbling Dads!

By Eric Johnson and Todd Lindamood

We both act like idiots even though we are not. One is a former pastor and professional stand-up comedian, the other is a current pastor and an actual scientist. Both of us have grown up watching a lot of television. We each have a great love and appreciation for comedy. And to be honest, each one of us considers the other to be the absolute funniest person we ever met.

But we also have a serious side.

“Husbands, love your wives, even as Christ also loved the church, and gave himself for it; That he might sanctify and cleanse it with the washing of water by the word, That he might present it to himself a glorious church, not having spot, or wrinkle, or any such thing; but that it should be holy and without blemish.” – Ephesians 5:25-27

Any real student of Scripture already knows this, that’s why we strongly encourage our men to spend time praying over their wife and kids, to teach them Scripture, to disciple them, and to teach them how to navigate through this dark, fallen world.

Yet, we have observed a change!

In science, we use an indicator to determine that a change is happening, because sometimes the change is so slow or imperceptible. You are probably familiar with litmus paper? It indicates the pH of a liquid, and it can tell you if the liquid is changing from an acid to a base or vice versa. This is what people are referring to when they speak of a litmus test.

We see the stock comedy trope of the “dumb bumbling dad” as a litmus test. It is just one of the many litmus tests we can use to measure this change. It is not causing the change it is merely an indicator!

A few other indicators are: Gay marriage, the divorce rate, battered women, sex outside of marriage, extramarital affairs, school shootings, and child abuse/neglect. All of these things serve as indicators that there has been a change. That change is this: The disintegration of God’s perfect plan for the family. THAT IS WHAT’S CHANGING!

It really is a master stroke by Satan! He has systematically and imperceptibly been changing the family. And it’s not just happening in society, but it’s also happening within the church!

Sunday after Sunday, we go to church and whom do we mostly see sitting in the pews? Women! Women severely outnumber the men when it comes to church attendance.

Men are no longer loving their wives as Christ loved the church! Instead, many men have given up the reigns in their family and have handed them over to their wives, who are forced to take the lead in their family, which is contrary to God’s design.

And let’s face it, the Church is influenced by the mainstream media just as much as the rest of society is. We’re not exempt. And while many of us may not personally feel victimized by what mainstream media is putting out there, the body of Christ as a whole has been victimized and more than likely will continue to be.

Yet, our war isn’t so much with them. The media is just flesh and blood. The war is with ourselves!

MEN!! Let’s bow down before our mighty God and beg for forgiveness. Let us rise up and be the husbands and fathers that Hollywood is NOT portraying. Let us quit being the fool and, instead, let’s be what God had planned for us: Leaders that are willing to live  anddie for the loved ones God Almighty has put in our care.

We need to be men of the Word.

We need to be men of prayer.

We need to be bold, brave, and courageous.

We need to rise up and be the leaders our wives and children expect us to be, instead of a bunch of lazy, weak-willed cowards who are too willing to step back and let the women do our God-given job for us!

The Body of Christ has lost it’s balls! I know that may be offensive to some, but it’s the truth. Honestly, we should be more offended that it has happened! And it’s not society’s fault. It’s not the media’s fault. It’s the men of the Church’s fault: We have let the enemy take them.

Todd Lindamood is a husband, a father of four, and pastor. His family and he make their home in eastern Tennessee. Todd also holds a double major in chemistry and microbiology from East Tennessee State University and, as a day job, works as a Clinical Laboratory Scientist.

In his spare time, Todd enjoys spending as much time as he can with his family. He is also an avid reader, tech geek, and is an okay mandolin picker.
________