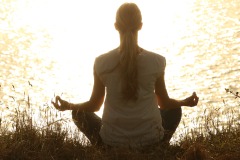 Peace seems to be one of the best ideals people can think of in this world. If you Google the word “peace,” you will get over one billion results. The top 10 results include the Wikipedia article defining peace, the website for the Peace Corps, and the website for the Nobel Peace Prize. Personal peace is so highly sought after that pharmaceutical companies have flooded the market with dozens of anti-anxiety medications like hydroxyzine, lorazepam, clonidine, clonazepam, atenolol, and diazepam.

It is conservatively estimated that some 39 million Americans suffer from some kind of anxiety disorder. But where does all this anxiety and lack of peace come from? I believe that the root cause of the lack of peace in our lives is the perceived lack of control. Please do not misunderstand—there are some legitimate needs for being on anxiety-related medications, and I thank God for health care professionals. Still, we ought to realize that much of the anxiety and stress we face is not due to genuine psychological and physiological trauma, but our own feeling of being out of control.

Think about it: When are you most at peace? When you have everything under control. Anxiety hits us when we feel out of control. Everyone wants peace—peace in marriages, peace in the workplace, peace in family relationships and friendships, peace in our personal lives.

The Bible talks about peace. In the Old Testament, the word for peace is Shalom. In the New Testament, the word is eirene (where we get the name Irene). Peace as Shalom is multi-faceted, but basically comes down to relating to war, human relationships, and tranquility in the midst of hardship. And while a preacher could spend weeks preaching a series about Shalom, today we’re just focusing on tranquility in the midst of hardship and difficulty. When it comes to hardship and difficulty, there is very little that we actually can control. Things happen to us all the time, but at any moment something unforeseen can happen. If we focus on how little we actually control our lives, we can feel overwhelmed! But confidence in God’s power and ability results in an inner peace that cannot be shaken.

The Bible tells us a story about three guys named Shadrach, Meshach, and Abednego. They were three men who loved God. They were Jews, God’s people, who had been part of a group captured from Israel and transported to Babylon. But they were such good guys (trustworthy, dependable, etc.) that the king made them governors to manage a region in Babylon. In the meantime, the king gets this great idea that he is going to unify the kingdom and insist that everyone take a loyalty oath, a test to make sure that all of the people would recognize the king as the big dog. This was not uncommon in the ancient world. So he builds this monument 90 feet high and nine feet wide. It probably looked something like this. 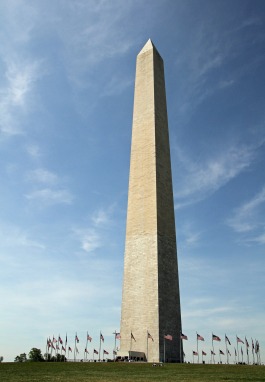 Even today we go through all sorts of loyalty tests. People and things vie for our loyalty almost daily. Will we show allegiance and loyalty to this or that? Will we show loyalty to this person or that person? But everything else and everyone else is merely temporary—the only permanent One who deserves our loyalty is God and God alone. Our loyalty is founded on what we know about God’s character and on the hope we have in him! His character proves true time and time again. God does not fail. When He decides to do something, you can guarantee that it will happen. His timing might not fit our timing, but God does not fail—ever! People will pull at you, demanding your loyalty. Things in life will pull at you, demanding your loyalty. To whom and to what will you be loyal? Shadrach, Meshach, and Abednego know that they can only be loyal to God—nothing else.

But the king, Nebuchadnezzar, is not pleased with this, so he calls in the three and says, “Fellas! What’s goin’ on?!? Didn’t you get the message about the monument and the instruments and the loyalty thing? Is it true that you won’t take a knee before the monument and publicly proclaim your loyalty to me and my gods? If you don’t do it, you’re gonna be tossed into a furnace of blazing fire, and who is the god who can rescue you from my power?

These three God-fearing men were not anxious at all. They tell the king, “Nebuchadnezzar, we don’t need to give you an answer to this question. 17 If the God we serve exists, then He can rescue us from the furnace of blazing fire, and He can rescue us from the power of you, the king. 18 But even if He does not rescue us, we want you as king to know that we will not serve your gods or worship the monument you set up.” You see, confidence in God’s power and ability results in an inner peace that cannot be shaken. They knew the character of their God. They knew the power and ability of their God. Their confidence resulted in unshakable peace.

Even if God’s power did not save them from the fire, they still had confidence that God could, and because they knew that God has everything under control, they did not have to be anxious about it. I think this is where we sometimes drop the ball. We believe that God has everything under control, but then we expect him to swoop in at the last minute and deliver us. Shadrach, Meshach, and Abednego realized that God is in control even if he doesn’t swoop in and save the day—the big picture is still God’s to direct. Oh, that we could have that kind of confidence. That is the confidence that leads to unshakable peace.

But their answer really ticked off the king, and he put those three into a blazing furnace. He commanded his soldiers to heat the furnace as hot as it could go, and ancient kilns could be heated over 1700 degrees Fahrenheit! It was so hot that the soldiers putting the men into the furnace died. But the king looked again and couldn’t believe his eyes. He asked his advisers, “Didn’t we throw in three men?” His advisers said, “Yes, of course, your majesty.” And the king says, “Look, I see four men walking around unharmed, and the fourth looks like a son of the gods.” So King Nebuchadnezzar gets as close as he can to the furnace and yells, “Shadrach, Meshach, and Abednego – come out of the fire!” And they come out untouched by the flames. The king then turned the tables and said, “Anyone who says anything offensive about their God will be torn apart and their houses turned into garbage dumps, for no other god can do what their God can do.” Who has the power, and who can save you? God has the power, and He can save.

In his letter to the church in Philippi, the Apostle Paul, who wrote about 31% of the New Testament, says: “Don’t worry about anything, but in everything, through prayer and petition with thanksgiving, let your requests be made known to God. And the peace of God, which surpasses every thought, will guard your hearts and your minds in Christ Jesus.” Notice that Paul does not say, “Tell God about your problems and he will take care of everything.” He says, “Tell God and let God’s peace, a peace that the human mind cannot understand, wash over you.”

There’s an old hymn from 1752 called Be Still My Soul.

Thorny ways are going to come. Tough times are going to happen. We are not promised rescue—we are promised peace in the midst of troubled times. Some of you are in desperate need of peace. Anxiety has you tied up in knots, and your worries lay heavy on your mind. Surrender your worries to the God of the Universe.

Confidence in God’s power and ability results in an inner peace that cannot be shaken.