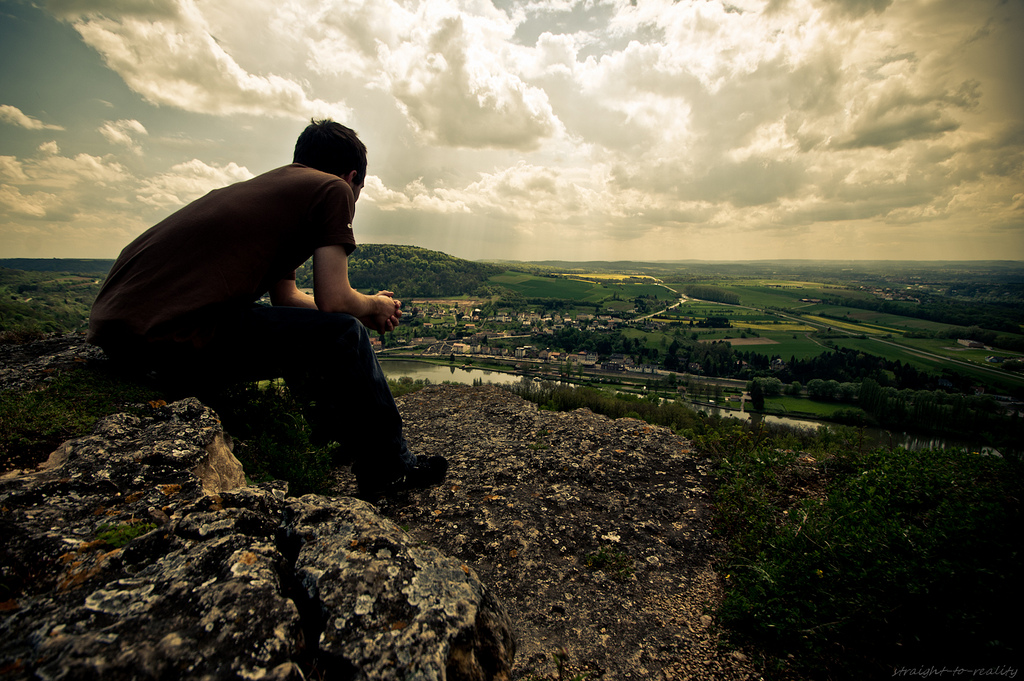 Time to Get Real? Be Fearless in 2017—No More Groupthink

I’d like to be optimistic about the immediate future and say something uplifting about the start of 2017. That’s the warm and fuzzy way to enter a new year. However, life experience and an objective look at the current condition of our society would frankly make that laughable. Any hope of solving problems is immediately dashed if we derail the solution process from the beginning by ignoring them. It’s not being pessimistic…it’s being realistic.

The optimists will “tsk, tsk.” But you would have to be solidly delusional to disregard the evidence around us and our infatuation with pretentiousness, materialism, and hubris. Give a little child a pinch of salt and tell them it’s sugar. In two seconds they’ll know you’re full of…well, you know. Sadly, our propensity for shoveling manure down our own throats has existed for a long time…

“He said to them, ‘You are the ones who justify yourselves in the eyes of others, but God knows your hearts. What people value highly is detestable in God’s sight’” (Luke 16:15).

I’ve pretty much given up New Year resolutions, but my hope for the country is that we can start off by balancing our appreciation of abundant national blessings with our recognition of systemic, ubiquitous liabilities. I suppose we should dive right in by addressing the subjects that conventional wisdom says we should avoid in polite company.

Politics. Really? I don’t want to rain on anyone’s parade, but the two sides of the political scene are as far apart as they have ever been (short of the conditions that sparked the Civil War) and I don’t see any reconciliation coming. If President-elect Trump manages to anger everyone equally on the left and the right, perhaps there will be some mutual angst that could be molded into some sort of deranged camaraderie, but I won’t hold my breath. I simply don’t share the idea that Trump will exercise some hidden brilliance and straighten everything out. I’m sure some good things will happen. I’m sure his term in office will not constitute the terror fermenting in the minds of the hysterical left. But, national euphoria? Yeah…no.

We have a potently influential news media that is blatantly biased and is far from being a mechanism for all the virtues they claim and fail miserably to achieve. Watching them on a daily basis, it’s obvious that THEY think they are practicing some objectivity, but that just testifies to how ethically broken they truly are. Journalistic professionalism? I doubt anyone could adequately provide an accurate definition in the current environment.

From a cultural standpoint, our society has gravitated so far to the opposite ends of any spectrum that the fabric of our nation has literally been torn apart. We have some Christians embracing new theologies that amount to explicit heresy in order to maintain their popularity among those with “progressive sensibilities.” We have a younger generation that is so narcissistic and lacking in resiliency that ethical values have been thrown aside for mere personal preferences that are emotionally satisfying. “Principle” isn’t even in their vocabulary. It’s fertile ground for corruption on a grand scale. Criminals and deviants are celebrated. “Bravery” and “honor” are ridiculed. A New Year’s Day morning show on CBS paid memorial tributes to every group and sub-group including the infamous and the notorious, but noticeably ignored the law enforcement officers murdered in the line of duty in 2016. What part of their viewership were they afraid of alienating? Honesty and moral virtues are for chumps. But let’s all celebrate, because marijuana has become the latest cash crop for entrepreneurs…until every new pothead realizes how easy it is to grow your own in a bucket of dirt.

Am I being too somber and oversimplifying too much? A little, but what I’ve described is accurate and I feel it needs to be pointed out among the sugarcoated analyses dominating New Year celebrations. Are there exceptions? Of course. They used to say, “You can’t trust anyone over 30.” I wouldn’t want to be called out for making the reverse generalization.

One good thing coming out of the rear end of 2016 appears to be the public’s newfound independence from treating media-driven progressive popular culture as a religion. I think it’s well established that they’re not a big fan, but, unless we buy into the Russian conspiracy theory, how else do we objectively explain Donald’s seemingly miraculous presidential success in the face of heavily marketed opposition? Along with it, it has been the refreshing reintroduction of some traditional habits lately…like actually saying, “Merry Christmas” at Christmas time! In that regard, political preferences aside, it is possible that a dawning light has shown on our national conscience that suggests it is okay to brush aside groupthink and “get real.”

I pray that the youth of today redirect their dissatisfaction with the status quo…from the left and the right…into a thirst for genuine authenticity that is not subject to peer pressure, public approval, or the affirmation of the majority. Wouldn’t it be nice to see individuals embrace what is truly legitimate, experientially sincere, and demonstrably credible? It might turn that annoying self-indulgence and thumb-sucking emotional hunger into something…dare we say…virtuous. Is it possible we could discover the key to joy and satisfaction has been right under our noses for over two thousand years and resides in our hearts…as opposed to the products with the top consumer ratings or some celebrity’s on-stage antics?

Perhaps there is more to this quote from Scripture than just an instruction by Jesus on contemplative self denial:

When you fast, do not look somber as the hypocrites do, for they disfigure their faces to show others they are fasting. Truly I tell you, they have received their reward in full. But when you fast, put oil on your head and wash your face, so that it will not be obvious to others that you are fasting, but only to your Father, who is unseen; and your Father, who sees what is done in secret, will reward you.
-Matthew 6:16-18